For Kenny Tarr, hoaxing wasn't a way to make quick a buck, it was his art. And the world of daytime television was his canvas. A gypsy, an adulterous trucker, a plumber trapped in a mortuary - Tarr pretended to be all these characters and more. He successfully tricked his way onto a significant number of different talk shows. But did his quest for fame ultimately backfire? 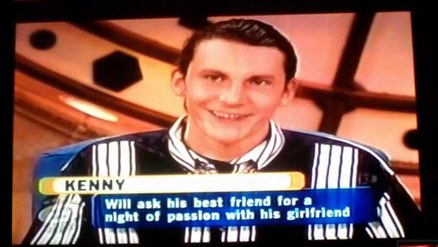 When Brian Finkelstein first watched Castaway, he was drawn to the emotional seclusion of living on a desert island. The heartbreak only comes when Tom Hanks comes back to...

As any former high schooler knows, prom is a big deal. That was especially true for Landon Patterson, whose bid for prom queendom at her Missouri high school came complete...

For Kenny Tarr, hoaxing wasn't a way to make quick a buck, it was his art. And the world of daytime television was his canvas. A gypsy, an adulterous trucker, a plumber...

On July 27, 2014, a bolt of lightning struck Venice Beach in Los Angeles. Nick Fagano, a 20-year-old student, died from the strike. Robert Kilroy, a chiropractor and...

We Are Not Alone

The desert means different things to different people. It can be a magical, meditative place. It can also be a place of loneliness - profound solitude amidst the nothingness.