In this episode, two stories about the human beings inside a uniform.

Our first story comes from actor, writer, producer Shane Conrad. One day he comes up with what he thinks is a great idea: make a cop show featuring a monkey and a little person. Instead, he somehow ends up putting on a no-holds-barred basketball grudge match, pitting a team of police officers against the defending national dwarf basketball champions.

In the story, Shane mentions the character Dr. Loveless who was a regular adversary of James West and Artemus Gordon in the original Wild Wild West television series, and performed by Michael Dunn. In this scene, Dr. Loveless has drugged West's shaving soap with hallucinogenic chemicals to turn him into a homicidal maniac. 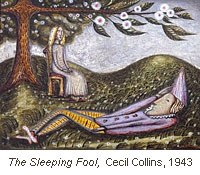 Then, in The Sleeping Fool, art museum security guards spend their days in uniform, speaking quietly or not at all, surrounded by works of irreplaceable art. It may look easy, but the job requires a stressful degree of responsibility, poise, and silence. Some guards may begin to feel trapped inside their own thoughts, or even inside a painting.

The story was produced by Sofia Soldanha, winner of the Best New Artist Award in the 2010 Third Coast / Richard H. Driehaus Foundation Competition. It was produced in 2009 for Goldsmiths College, Master of Arts degree.