In 2010, Lea Thau went to India to escape a broken heart and to help start a theater project for the Tibetan community in the Indian foothills of the Himalayas, in a small town called Dharamsala, where the Dalai Lama lives. The man sitting next to her in a squeaky office chair at the tiny nonprofit theater project was Lhakpa Tsering. In 2006, during an official visit to India by Chinese president Hu Jintao, he had set himself on fire to protest China's occupation of Tibet. How was it that this young, fun-loving, part-time comedian had come to commit such a radical act at the risk of sacrificing his own life? His story includes a dramatic escape from Tibet. He was on foot and only 9 years old, running away from an abusive stepfather. He found himself in a foreign country, where he didn't speak the language, with no money or passport. 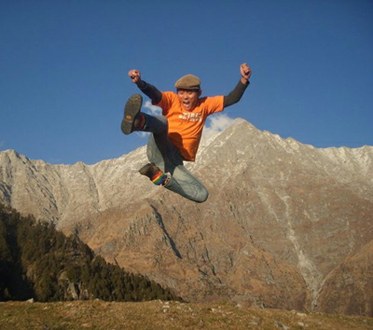 Lhakpa Tsering in 2010 when Lea Thau met him 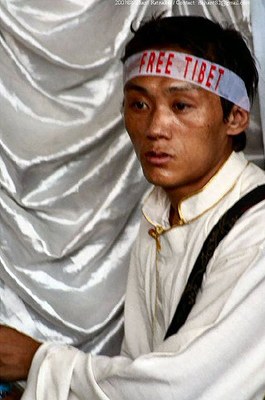 Lhakpa as a young activist for Tibetan independence 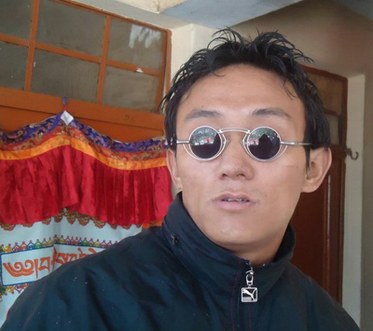 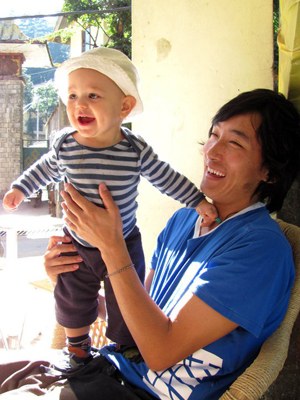 Lea Thau’s son makes friends with the locals in Dharamsala

Lea Thau produces the Strangers podcast, supported in part by KCRW's Independent Producer Project. There's also a Kickstarter campaign to help fund the program, where you can find Strangers' t-shirts and bags and posters.

Banner image: Lhakpa on fire as the police works to extinguish the flames