First, every family's got one. That mostly friendly, affable relative who just might turn on you in an instant. And, in Chris Piehler's family, that relative was Kirby. Kirby, the dog.

Christopher Piehler is a playwright, comedian, and storyteller who has made audiences laugh at the Comedy Store, the Ice House, Flappers Comedy Club, and The Moth. He has written and performed two solo shows, and his play, The Triangle Factory Fire Project, was published by Dramatists Play Service and is performed around the country. He has an MFA in playwriting from Columbia University. 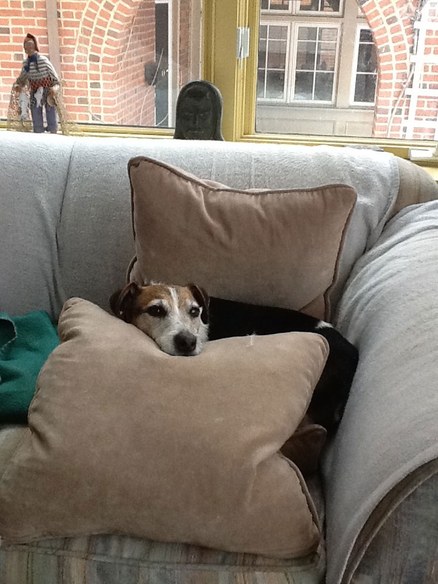 UnFictional host Bob Carlson talks about the animal living in his house. Her name is Lucy and she has one job.

First, every family's got one. That mostly friendly, affable relative who just might turn on you in an instant. And, in Chris Piehler's family, that relative was Kirby....

Next, when Alex Ward was in college, he lived in a co-op with a bunch of other idealistic kids, trying to build the kind of world they wanted to live in. Then, the rats...

Law and order and goldfish

Finally, a humble story of law and order. In the corner of any given elementary school classroom, there's usually an animal of some kind – a hamster, or a hermit crab – to...