On this episode, the second volume of stories from the first ever UnFictional live event at the lovely and intimate Ann and Jerry Moss Theater at New Roads school in Santa Monica. Three stories about people in the line of fire.

In 2011 an arsonist set several West Hollywood garages on fire. One of the garages belonged to writer Dave White. He has some advice, if it ever happens to you. 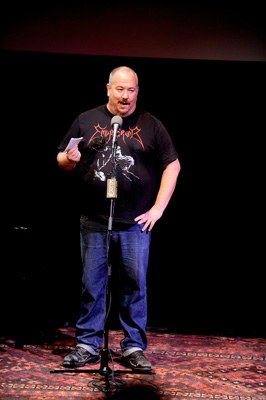 Dave White is the author of Exile in Guyville and a contributor to the anthology Love is a Four-Letter Word, the film critic for Movies.com and co-host of the Linoleum Knife podcast. His new book, Keep It Heavy, Man, provided he ever gets around to finishing it, will be available soon.

As one of the best comics working, Tig Notaro puts herself in the line of fire whenever she goes on stage. Being a comic means facing humiliation every time you go to wok. 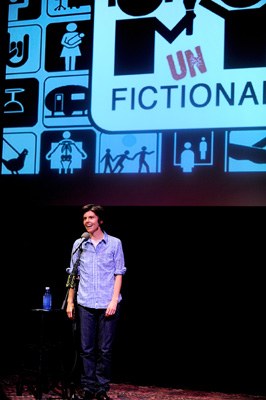 Tig Notaro's sophomore album LIVE, sold over 100,000 units in just 6 weeks, which is unheard of for comedy albums today. Louis CK is quoted as saying that it is one of the best stand-up performances he ever saw. She’s toured nationally and internationally performing at the most reputable comedy and music festivals.

Journalist Susan Orlean once found herself in Scotland with her finger on a trigger… and she liked it. 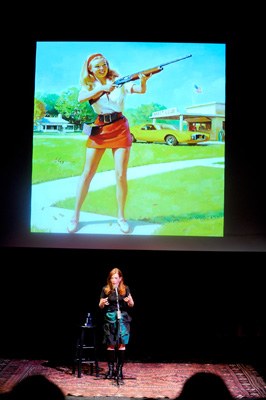 Susan Orlean, the author of Rin Tin Tin: The Life and the Legend (2011) and The Orchid Thief: A True Story of Beauty and Obsession (1998), has been called "a kind of latter-day Tocqueville" (New York Times Book Review) She is currently working on a new work entitled The Library Book.