Why I Ride the Bus Every waking moment of his life Carl Kozlowski is in a struggle just to stay awake. He's fighting narcolepsy, that chronic disorder rendering the sufferer helpless against the often overwhelming urge to go to sleep. For Carl, it's meant more than a decade of adapting his busy life to the reality that he will at some point find himself in asleep in places most people can't imagine allowing themselves even a quick doze: his desk at a brand new job, backstage at a comedy club as he's about to go on, in rush-hour traffic on a busy freeway, on a first date on a late night city bus, shoulder to shoulder with LA's nocturnal denizens. My Life With Narcolepsy traces Kozlowski's sometimes funny, sometimes torturous road from total denial that he suffered a sleep disorder to something resembling a cure. Much of that road is traveled on an LA Metro bus, the 180, a route whose final stop is the world-famous show biz crossroads of Hollywood & Vine.

Here's a piece that Carl Kozlowski wrote for Pasadena Weekly about life on the 180 bus. 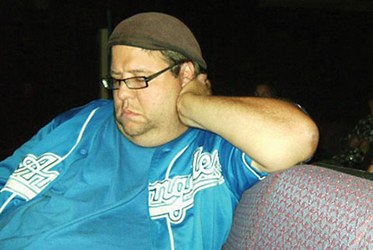 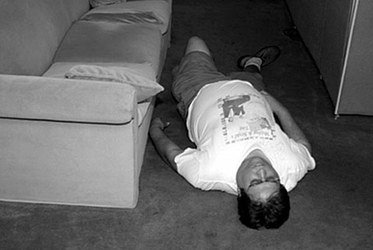 Kozlowski lost a number of friends during the worst of his disorder.
He says that now that his condition is improving they're willing to give him a second chance.