Twenty-one-year-old Florida native, Nathina St. Pierre, made the journey to Watford City, North Dakota  figuring she'd have no trouble finding a good-paying job in the middle of the oil-drilling frenzy going on up there. She's found the work, but she's also found an unforgiving, windswept landscape populated almost entirely by men, working the drill rigs and driving the tanker trucks. Nathina learned right away: to be a woman in that strange, pop-up society of man-camps and truck-stops, is to be constantly on guard -- and to Nathina that means being well-armed.

Independent producer Todd Melby has spent most of the last year up in the oil country of western North Dakota, documenting that world for his Black Gold Boom multi-media project. It's part of the Localore Public Media initiative. He met Nathina St. Pierre at her job, working behind a lunch counter in Watford City. Ben Garvin is the videographer for Black Gold Boom. 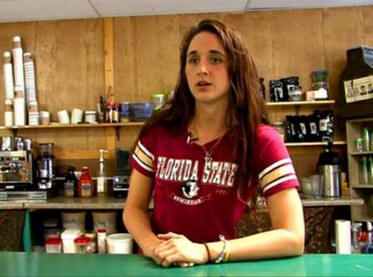 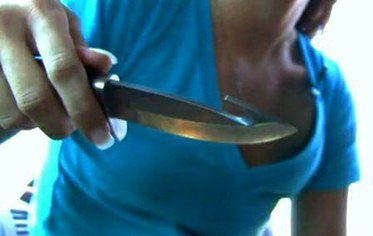 Nathina St. Pierre displays a knife from the arsenal of weapons
that she says give her a sense of security in the overwhelmingly male world
of the North Dakota oil patch
Photo: Ben Garvin, Black Gold Boom

Then... Margy Rochlin has never been able to eat fish since the three months she spent working at fish canneries on Kodiak Island in Alaska as a teenager, but it's not because of anything disgusting she saw there. Instead, it's the memories of living in a Quonset hut, miles from town, with no running water or electricity. Margy followed her cousin Janie on an adventure that became long hours in the cannery, followed by evenings at the town's only social spot, a strip bar. Smelling strongly of shrimp brine, the two of them work harder than they ever have, while avoiding the advances of crab fishermen and Kodiak bears.

Margy Rochlin is a regular contributor to UnFictional. She's an award winning writer living in Los Angeles, who's written for the New York Times and many other places. 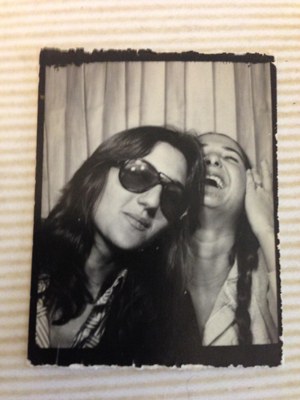 Margy and Janie in their adventure years 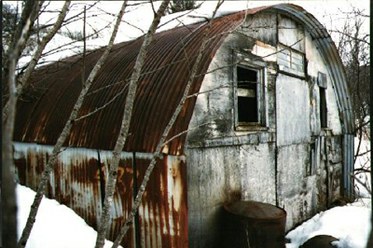 Finally... When John Powers was a teenager, his mother ran a successful market research company in Omaha. The family always had thousands of bags of a chips in brand new flavors or boxes and boxes of frozen desserts stacked up in the garage. His mother hired women exclusively, but she made an exception for her son and put him to work. Things got weird fast when the job had him spending all day on the phone talking to women... about the very last subject a teenage boy would ever want to talk about.

John Powers is the critic of pop culture and critic-at-large for NPR's Fresh Air with Terry Gross. He covers film and politics for Vogue. His work has appeared in numerous publications, including Harper's Bazaar, The Nation, Gourmet, the Washington Post, the New York Times and LA Weekly.