Finally, the story of a woman who needs a medical procedure. Getting the procedure should be straightforward, but as it turns out, it's anything but – because the procedure is an abortion. And the woman is in Brazil.

That story was produced by Benjamin Frisch, an independent podcast producer and artist in New York whose work has appeared on Slate, Love + Radio and The Guardian. He's also the author of the graphic novel The Fun Family.

Cynthia Bonacossa is a med-school-graduate-turned-cartoonist who recently released her first graphic novel, Carabin et Caipirinha. A comic she made telling the story of her abortion has been published by Piauí magazine, Vice, and Zone 5300. 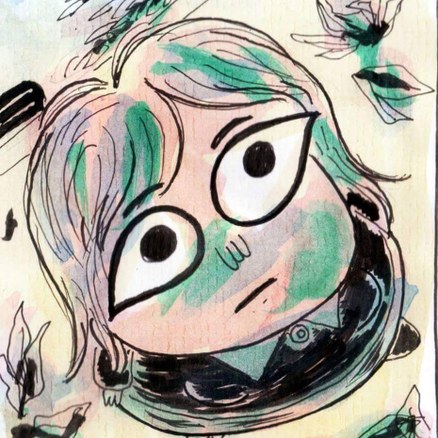 You Want a Piece of Me?

In this first story, the question – You Want a Piece of Me? – is actually a genuine offer. Erin wants to donate an intimate, personal piece of herself to a total stranger....

One day, walking in an alleyway, Bert finds a box. It's nondescript – just lying on the ground. But once he starts digging around inside, the box's contents become special...

Finally, the story of a woman who needs a medical procedure. Getting the procedure should be straightforward, but as it turns out, it's anything but – because the procedure...

END_OF_DOCUMENT_TOKEN_TO_BE_REPLACED
KCRW's Power in Numbers Drive: Today, your dollars will be doubled up to $25,000, thanks to the generosity of Paul & Renee Haas.
Give Now
Give Now