Curse or blessing? Long-delayed Berlin airport will open amid a pandemic, nearly a decade later than originally planned Mismanagement, corruption charges, dubious design plans and a series of technical mishaps led to delay after delay since the first scheduled opening of the Berlin Brandenburg Airport (BER) in 2011. So ahead of the much-beleaguered aiport’s official “takeoff” on Oct. 31, we’re hearing from people who have been following and a part of this story since the beginning. 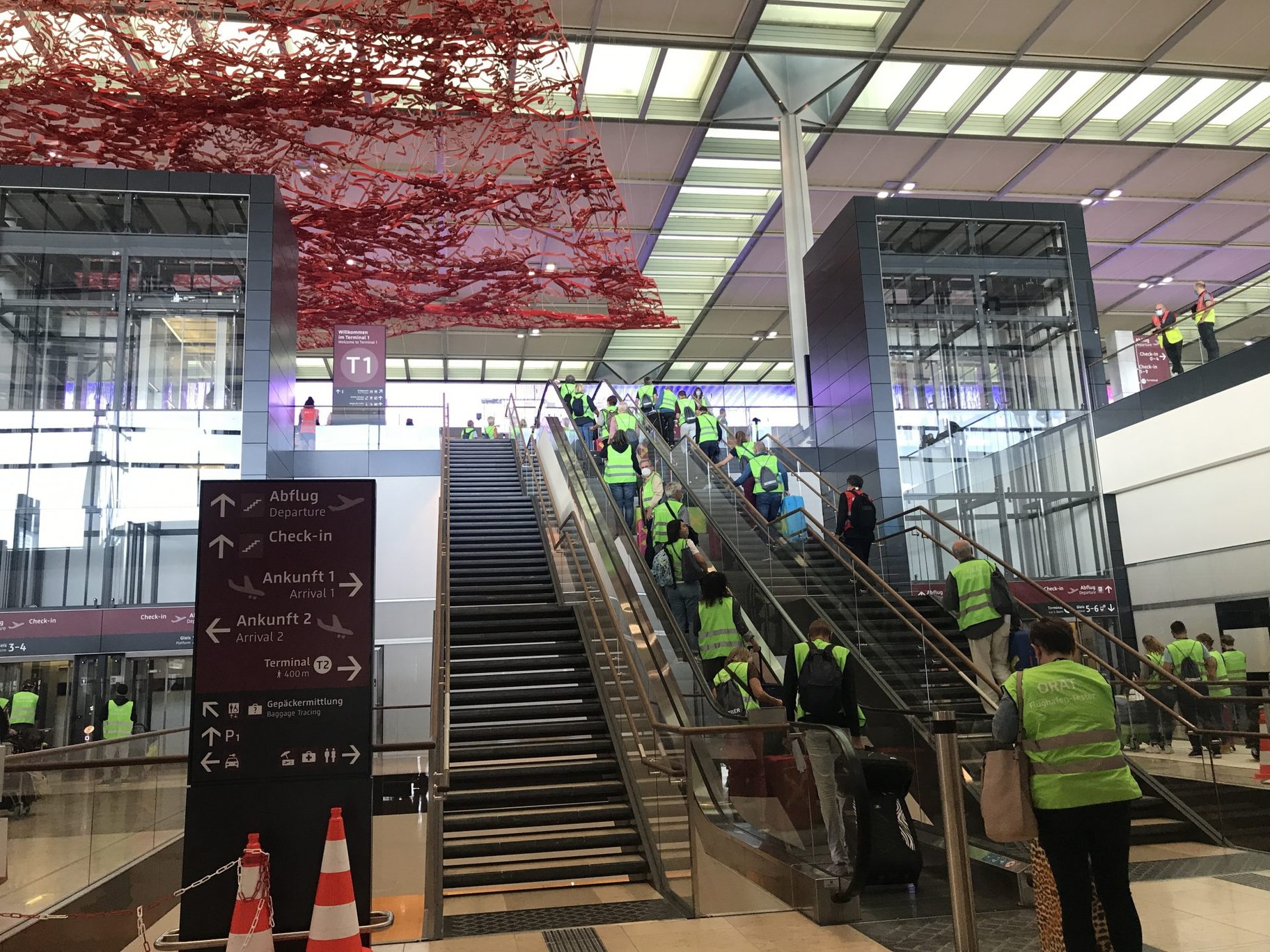 Artist Pae White’s installation, “The Magic Carpet,” is suspended overhead at BER’s main terminal. This photo was taken on Sept. 17, 2020 during a “test run” to identify any glitches ahead of the airport’s grand opening on Oct. 31, 2020