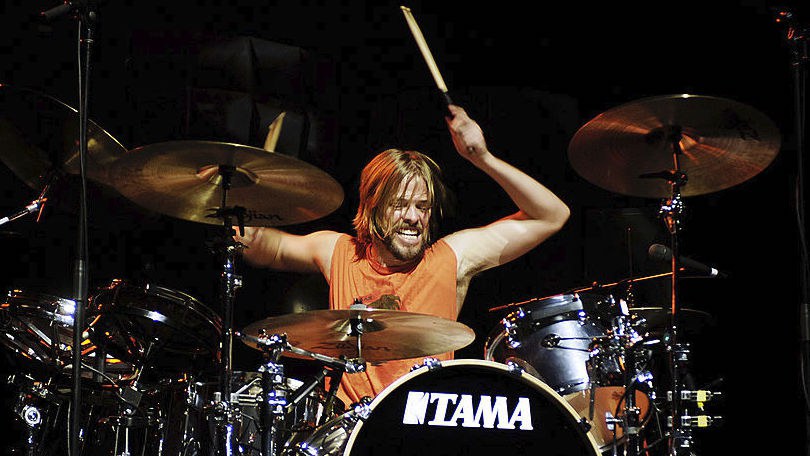 The Foo Fighters announced the death of drummer Taylor Hawkins while wrapping up a South American tour on March 25. Photo by Martin Philbey/Redferns.

Taylor Hawkins, the exuberant and electrifying longtime drummer of rock giants Foo Fighters, has died, according to a statement from the band. He was 50.

The band was completing a tour in South America when they announced the news Friday night on social media.

“The Foo Fighters family is devastated by the tragic and untimely loss of our beloved Taylor Hawkins,” read the message. “His musical spirit and infectious laughter will live on with all of us forever. Our hearts go out to his wife, children, and family, and we ask that their privacy be treated with the utmost respect in this unimaginably difficult time.”

The band was preparing to perform in Bogotá, Colombia, two nights ahead of their scheduled headlining set at Lollapalooza Brazil on Sunday. No cause of death has been given.

Born in Forth Worth, Texas and raised in Southern California, Hawkins first made his name as the drummer for Alanis Morissette during her “Jagged Little Pill” tour. He joined the Foo Fighters in the spring of 1997 following the departure of the group’s original drummer William Goldsmith, just as the band had completed recording their breakthrough album “The Colour and the Shape.”

Along with the Foo Fighters, Hawkins collaborated with numerous artists over the years, including Queen’s Brian May, the Beach Boys’ Dennis Wilson, Coheed and Cambria, and Slash, as well as his own side project Taylor Hawkins and the Coattail Riders.

His most recent work includes last year’s tenth Foos studio album “Medicine at Midnight,” a Bee Gees cover project, and the band’s 2022 horror-comedy film “Studio 666,” which Hawkins starred alongside bandmates Dave Grohl and Pat Smear. The Foo Fighters were inducted in the Rock & Roll Hall of Fame by Paul McCartney in 2021.

The band was scheduled to play the Grammys on April 3 and was slated to kick off a North American tour in May.

Following the news of his death, numerous musicians and celebrities took to social media to share tributes to Hawkins.

“God bless you Taylor Hawkins,” wrote Tom Morello, along with a photo of him with the late drummer and Janes Addiction’s Perry Farrell. “I loved your spirit and your unstoppable rock power. Rest In Peace my friend.”

“So heartbroken to hear about Taylor Hawkins’ passing, what an incredible talent, who didn’t also need to be so kind and generous and cool but was all those things too anyway,” Finneas said on Twitter. “The world was so lucky to have his gifts for the time that it did, Rest In Peace.”

Hawkins is survived by his wife Alison and their three children.

This is a developing story.