There is no curbside pickup for concerts; you can’t Postmates the visceral energy and sweat of a crowd convened before a favorite artist on stage. While cities and businesses reopen across the country, music venues remain shuttered, and will likely stay that way until the advent of a vaccine. But independent venue operators are still saddled with rent, mortgages, insurance, utilities and other expenses as they await a green light to reopen amidst an uncertain future. The situation has left the industry vulnerable to what experts warn could be an “extinction-level event” in lieu of extended protections and financial support for their distinct circumstances.

“We have lost 100 percent of our revenue — our doors closed and no money comes in, period,” says Amy Madrigali, talent buyer for LA independent stalwart, The Troubadour. “We were the first closed and will be the last to open. There’s no in between for us. It’s dire.”

Under threat of closure, The Troubadour is one of nearly 2,000 venues and promoters across the country who have joined the National Independent Venue Association (NIVA), a new trade group formed at the onset of the COVID-19 shutdown seeking to address the unique challenges facing this small business sector. Comprised of venue owners, bookers, promoters, and artists, NIVA is working to lobby Congress to provide long term assistance, tax credits, and extended unemployment benefit insurance to venues and staff.

“I don't think prior to NIVA’s existence people knew that we needed special attention, that the business model needed a different solution than other businesses,” says Rev. Moose, executive director and co-founder of NIVA, and managing partner and co-founder of music marketing firm Marauder. “We're not going out there asking for a specific dollar amount. We're asking for consideration and programs that will allow money that's already been earmarked to be able to actually get to help us.” 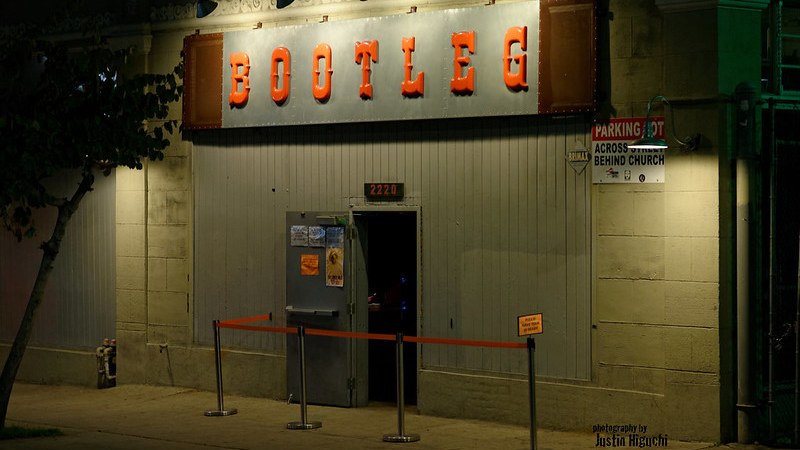 NIVA marks the first organization of its kind in a historically cutthroat industry where independent operators must compete with each other and entertainment conglomerates like Live Nation and AEG for patrons and bookings. Already operating on wire-thin profit margins in ideal pre-pandemic circumstances, NIVA members say current government relief programs, such as the Paycheck Protection Program (PPP) and loan forgiveness, are too inflexible or abbreviated to allow independent venues to survive until full reopening is possible. Some venues, like the Barracuda in Austin, have already succumbed to permanent closure, while 90 percent of NIVA members surveyed say they face the same fate if the current shutdown lasts more than six months without federal support.

“All these bills keep coming in while we have no revenue,” says Madrigali, who leads NIVA’s Southern California chapter. “We need extended help. Every venue is a last-phase business, so while we're many months into this, unfortunately it looks like there's gonna be many more months.”

One of the group’s largest pushes is for the RESTART Act , a loan program sponsored by U.S. Senators Todd Young (R-Ind.) and Michael Bennet (D-Colo.) which would finance the equivalent of six months of payroll benefits and operating costs, allow for flexible use of loan proceeds and forgiveness and expands eligibility for small businesses with many part-time employees. The legislation is expected to receive a vote in July. 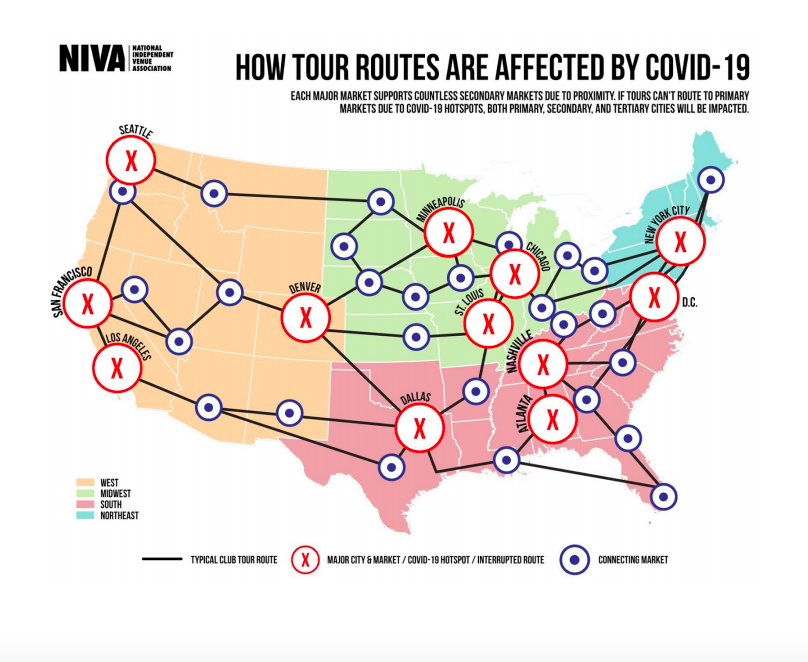 The impact of losing these local stages is more than cultural. Live events provide 75 percent of artists’ incomes, while Pollstar estimates a $9 billion loss in ticket sales alone — that is, not including food and drink — if venues remain shuttered through the end of 2020.

“Supporting the venues means supporting the local-owned businesses in the local communities,” says Dayna Frank, NIVA president and CEO of First Avenue Productions in Minneapolis, explaining that for $1 spent on a ticket at small venues, another $12 in economic activity is generated within the community on retail, restaurants, transportation and hotels. The direct annual economic impact venues bring to local communities is estimated to be around $10 billion.

Through its site SaveOurStages.com, NIVA and its supporters have sent more than 500,000 emails to all 538 members of Congress asking for federal assistance to independent venues and promoters. Last week, a group of more than 600 artists, including Billie Eilish, Dave Grohl, Willie Nelson, and Lady Gaga, signed an open letter calling on Congress to shore up funding and support to ensure independent venues survive.

“We will know America is ‘back’ when our music venues are filled with fans safely enjoying concerts with abandon,” the letter reads. “The live music experience is inextricably tied to our nation’s cultural and economic fabric.”

NIVA encourages fans and supporters to donate money if they are able, and to share their voices with the hashtag #SaveOurStages and by visiting SaveOurStages.com to support legislation.

“You're losing this whole ecosystem of venues, because you can't just come to L.A. and play the Palladium or the Bowl,” says Madrigali, whose Troubadour has helped launch the careers of everyone from Elton John to Maggie Rogers. “That doesn't work. You gotta go play the Troubadour, or the Morroccan Lounge, or the Bootleg. These are the rooms that give bands their first shot.”