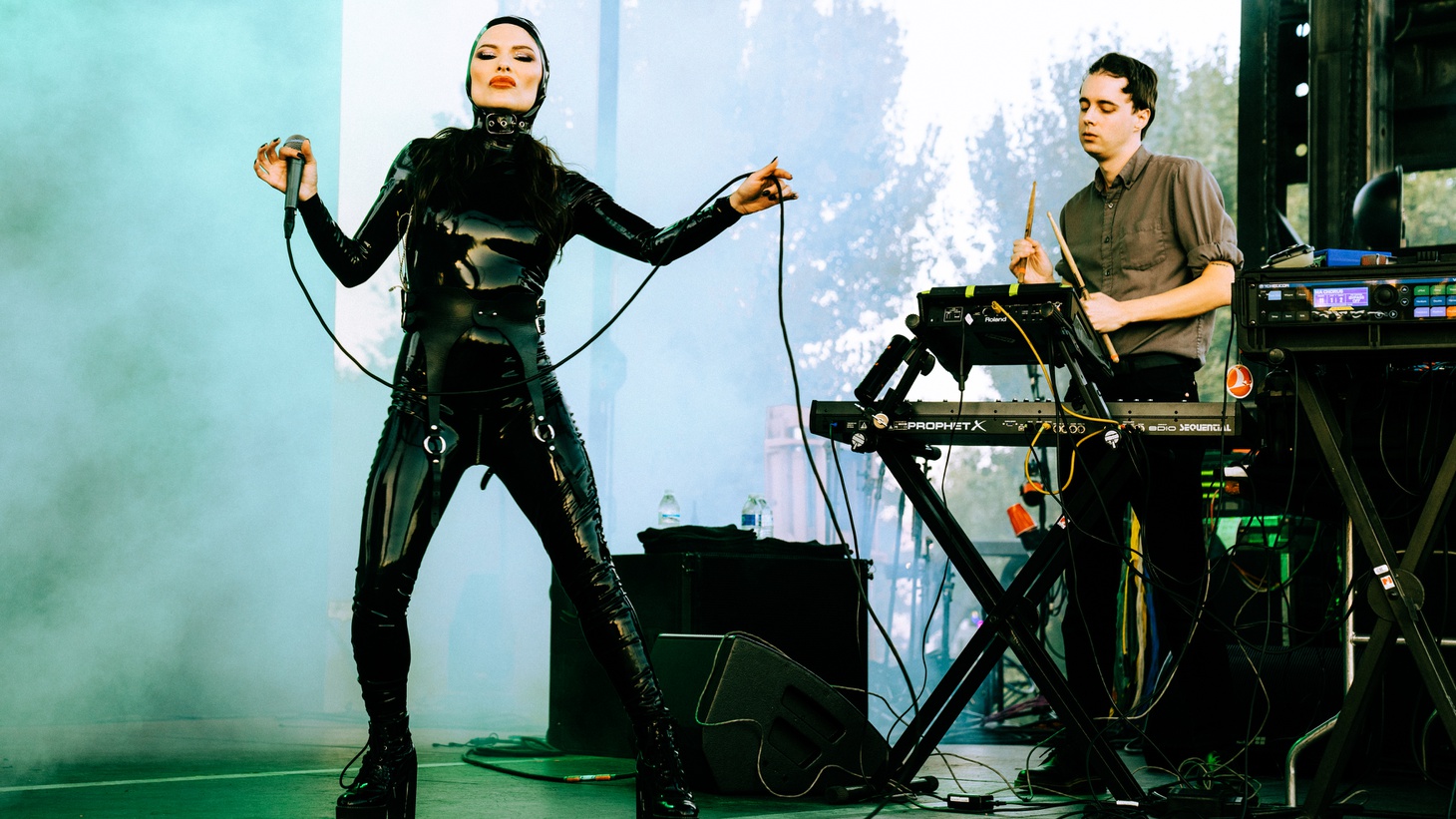 This week’s selects celebrate the raw power and chaotic joy of the live talents we couldn’t get enough of at Primavera Sound LA.

Purify your ears via the divine riffs ahead. Texas psych-funk rockers Khruangbin linked up with Malian singer and guitarist Vieux Farka Touré for the just-dropped collaborative album, “Ali.” The trio’s signature mix of psychedelic noodling, deep echo, and head-bop bass is perfectly complemented by lowkey vocals from the African legacy artist. Imagine the voice unfurling from a nest of vibey notes like the spirit guide of your dreams… Now click quick for your dreams to come true.

It’s hard to imagine a band more symbolic of The Youth and The Future than Divino Niño. With members collected along life’s journey like layers of stickers on a skate deck, plus a musical ethos built around “bold reinvention,” the five-piece outfit is best described as indie…indefinable. The founding members have roots in Bogota, but firmed up their scene habits in Chicago — hence the lyrics en español and the video en warehouse party. Click now to sample the lead single off their new album, “The Last Spa on Earth,” out now.

Japan’s CHAI have been defying the path laid before them by packaged J-Pop since their 2017 debut, rolling out cheerlead-y chant tracks perfect for pumping up before an interview or first date (speaking from experience), alongside fresh-ear collabs with the likes of Mndsgn. In this fresh bop, twins Mana and Kana, plus pals Yuuki and Yuna, present an irresistible plate of piping hot positivity, served with a dash of healthy boundaries and a side of rebellion, for dipping. Oishii!

Dude… Darkside. The preternaturally cool project of electronic mastermind Nicolás Jaar and multi-instrumentalist Dave Harrington was first formed when the two were ramen-slurping students at Brown University, and quickly gained cult status among moody coffee shop lurkers and psych heads around the world. Those lucky enough to witness their transcendent and, yes, very dark, set in the Gobi tent at Coachella in 2014 or at their comeback shows in LA this month will proselytize their impact as live performers. But if you’re new here, welcome: This single from last year’s release Spiral is everything we love from the dark side… provocative, haunting, and magnificently baroque. Click to cross over, but beware — you may never go back.

What is darkwave, you ask? Please observe. This delightfully self-aware single is the product of fling between electro-duo Boy Harsher and BOAN’s Mariana Saldaña, concocted for the soundtrack for the former’s King Woman-starring horror thriller “The Runner,” released earlier this year. The track takes the band’s penchant for ‘80s synth-pop elements to sexy, shiny new heights. Featuring sensual synths, commanding vocals, and an amorous-yet-refined palette of bleeps and drum breaks, this song and its eyebrow raising video snuck out in January, but are perfectly suited to beckon you into spooky season.