The playlist kicks off with a terrific new album by saxophonist Sharel Cassity, who at 18 was awarded a full scholarship to North Texas University for classical saxophone. Cassity went on to study jazz, earning degrees from The New School for Jazz & Contemporary Music as well as The Julliard School’s Jazz Studies program. She’s much in demand and performs regularly with Dizzy Gillespie Latin Experience, Cyrus Chestnut Brubeck Quartet, Lewis Nash, Joe Chambers, just to name a few. Cassity also teaches around the Chicago area at Columbia College, DePaul University, and Elgin Community College. With all this on her plate, I’m grateful she made time to record the new album and did so while ill with post-Lyme disease. It’s called Fearless, which pretty much sums up this superb horn player.

Several new tracks on the playlist reflect upon the turbulent times in which we live. We hear “Discord” by trombonist Javier Nero, featuring vocalist Lauren Desberg, vibraphonist Kyle Athayde, and pianist Shelly Berg. Classically trained, Nero plays in a variety of styles and contexts. His new album is called Freedom. After that, pianist/composer Jesse Fischer plays “Healing” from his latest album Resilience. Turkish musician Mehmet Ali Sanlikol’s new album The Rise Up: Stories of Strife, Struggle, and Inspiration features sax veteran Dave Liebman, and was inspired in part by the artist's admiration for the Miles Davis/Gil Evans classic Sketches of Spain. The new album is structured around three episodes from Middle Eastern history as well as the current pandemic. Musically, it presents a wonderful fusion of jazz with traditional Turkish instruments and colors.

I love Brazilian music. If I were stuck on a desert island with a solar-powered CD player, I’d want to be stranded with plenty of it there, including these songs on the playlist. There’s Jobim’s beautiful song “Caminhos Cruzados” performed by the duo Jason Foureman (bass) and Stephen Anderson (piano). We remember the late British guitar maestro Julian Bream, who passed away a week ago, and listen to his andantino movement of Villa-Lobos’ guitar concerto.  Nana Caymmi, part of an illustrious dynasty of Brazilian musicians, sings “Sem Você” (Without You). I had to include João Gilberto’s “Estate” (Summer) to estivate and reflect on current unprecedented heat waves and climate change. Fleet-fingered Brazilian guitarist Ricardo Grilli performs “Signs” from his new album 1962. I love the voice of Silvia Nicolatto, a singer from Minas Gerais state, on her song “Janaina,” as well as that of accordion great Dominguinhos with “A Fé Do Lavrador” from his album Duetos. We finish the Brazilian set with Astrud Gilberto’s version of Baden Powell’s “Berimbau,” with arrangement by Gil Evans.

I always love outstanding jazz records, and this week’s selections have been on repeat in my home. We hear from Norwegian bassist Mats Eilertsen’s beautiful album And Then Comes the Night, veteran bassist Gary Peacock with Bill Evans’s classic “Blue in Green,” and drummer Rick Cutler, who studied at Juilliard and with Chick Corea. Cutler plays his ballad “Time,” which features vocalist Charlotte Durkee.

On the world music front, the playlist includes the new album from Malian guitarist Afel Bocoum, alum of Ali Farka Toure’s group, produced by Nick Gold and Damon Albarn. London-born, Lagos-raised Michael Olatuja plays “Ma Foya” from his new album Lagos Pepper Soup, which also features Angelique Kidjo and guitarist Lionel Loueke. We also check out the hypnotic and groovy track “Mela Mela” from QWANQWA, a modern Ethiopian outfit. They have a new album coming out next month, to be released on Ethiopian new year. 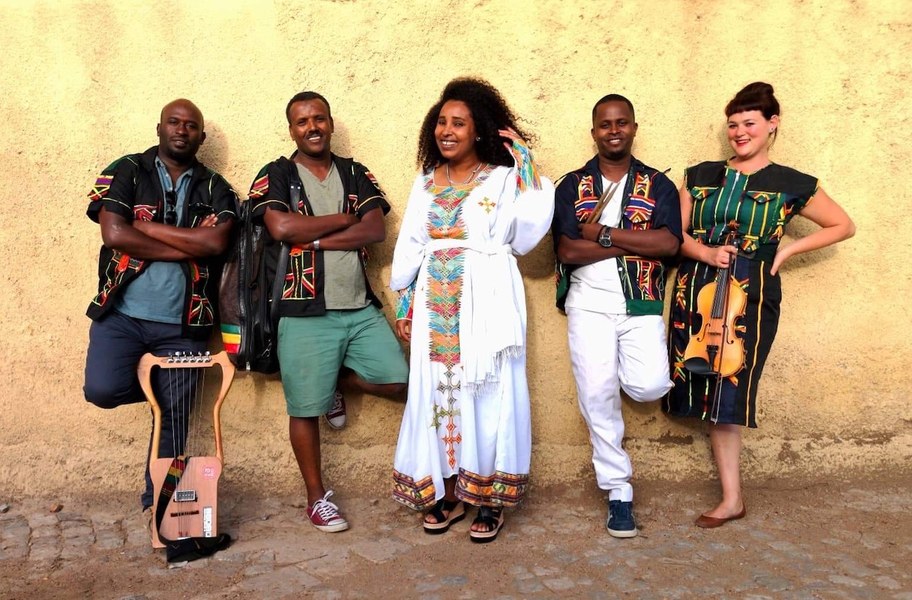