It’s been one year since concert venues and music festivals have indefinitely closed their doors due to the COVID-19 pandemic. For the music and culture sector, the cancellation of Austin’s annual South by Southwest (SXSW) festival in March would be a harbinger of the crisis to come. The event marks the start of the all-important spring-summer festival and touring season, as its music portion showcases rising young talents. With the decline of physical album sales, the festival doubles as the economic backbone for artists and behind-the-scenes workers, from managers to caterers to venue owners, who make it all run.

SXSW’s music festival returns March 16-20 as a virtual international event. Though it signals a proverbial light at the end of a tunnel, its digital comeback also illuminates the long and uncertain road to recovery as venues await reopening and the industry reemerges into an increasingly digital landscape.

Each day this week, KCRW will be spotlighting different artists playing SXSW 2021 alongside other workers in the live music world. They all reflect on the past year and share their predictions for the future. 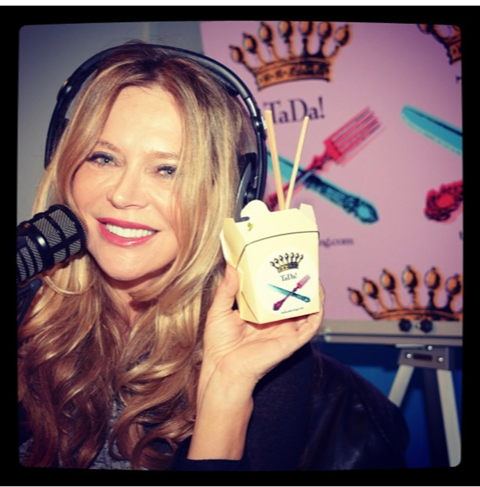 In March 2020, caterer Shelleylyn Brandler was gearing up for what was supposed to be one of the busiest seasons of her career. Her company, TaDa! Catering, has spent the past two decades providing food for talent and crew at major music festivals and venues across Southern California, including Coachella, Stagecoach, the Forum, the Hollywood Bowl, and the Greek Theatre. Or, as Brandler puts it, “our business model is feeding rockstars.”

Then it all came crashing down with the cancellations of SXSW and Coachella in quick succession. Within 48 hours, Brandler’s calendar for the next three months was completely wiped out, leaving her and the 150 workers she employs for festival season in the lurch.

“It was like a domino effect,” she tells KCRW. “But it’s inconceivable that a year later things would still be this way.”

During those initial months, Brandler dipped into her own savings to help support her employees with families who were counting on seasonal work from TaDa! Catering. As the shutdown stretched on, however, Brandler found herself struggling to survive.

Like many of the independent workers and niche businesses that made the live music industry run, the unique nature of Brandler’s work meant that she slipped through the cracks of many relief programs available. Due to the seasonal nature of the work, for example, TaDa! Catering outsources its payroll to another company, meaning it technically has no employees, therefore disqualifying Brandler from eligibility for a federal Payroll Protection Program (PPP) loan. 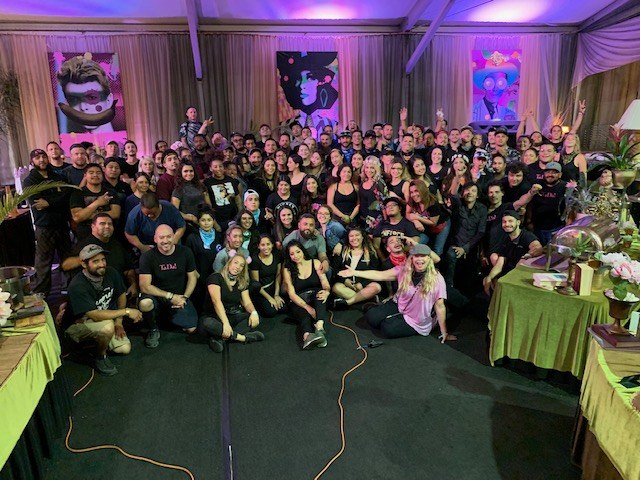 Similarly, many regional and foundational small business grants require owners to have brick-and-mortar locations to apply, preventing Brandler from applying because her company travels from venue to venue.

“Between those two things, I found it impossible to get any real help anywhere,” Brandler says. “It's humbling. It's shocking to think that I can't pay my bills now. Like, that's how bad it's gotten. I had a thriving business.”

Brandler, along with her business partner and chef Mike Goerdel, tried to pivot to private catering and delivery, but found it difficult to compete with hundreds of restaurants in LA doing the same, and felt that catering still posed too much of a health risk. Her situation got to the point where Brandler was preparing to sell the prized 1964 Ford Galaxie 500 that she has had for 17 years, and has used to make runs for her business.

“I was literally buying a ‘For Sale’ sign and trying to sell it so I could just survive another month without going under and losing everything I've worked for,” she says.

While out purchasing the sign, Brandler received a call about an unexpected donation from Pearl Jam’s Eddie Vedder, whose Ohana Festival she has been catering for years. The gift, along with other music and small business support programs like Vans Foot the Bill (Brandler has also catered the Vans Warped Tour), have helped Brandler hang onto her car and business in recent months. She’s grateful to receive support from the community she has spent her career serving, but just how long she and others can stick it out remains to be seen.

“I don't think that we're going to make up everything we've lost in the year,” Brandler says. “I think that will take time, but I do think we will, at some point, be super busy and live events will come back.” 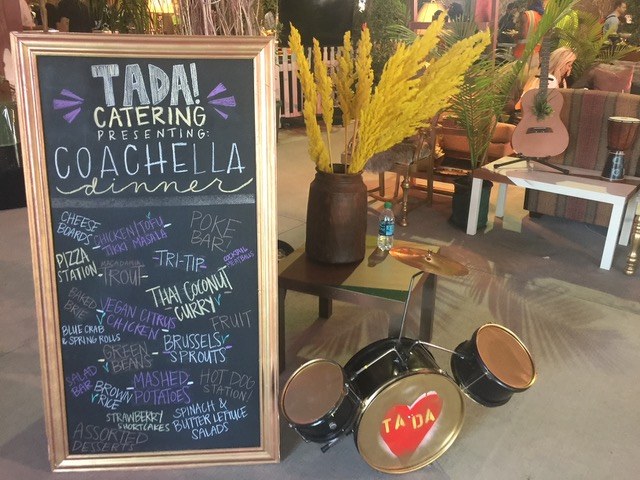 A board displays the backstage meal offerings for staff and talent at Coachella. Photo courtesy of Shelleylyn Brandler.

With word of some smaller venues eyeing reopening in Southern California, and reports of festival bookings in other states, Brandler remains hopeful. But she’s also preparing to return to a live music world that, at least initially, may look pretty different from the thick crowds, beer-stained floors and sticker-plastered punk rock bathrooms of yore.

Venues, she says, will likely be operating at limited capacity with increased staff and sanitation regulations. On the catering side, Brandler expects barriers and pre-packaged meals will take the place of her typical decadent buffets. She’s also bracing herself for a higher cost of doing business, thanks to the sharp increase in food prices wrought by the pandemic, as well as the need to hire more staff in order to prepare and serve food safely.

“There is that fear of, when I do go back into business, am I gonna get squeezed? Am I gonna have to serve less or do all vegetarian?” she says.  “The focus is going to be on cleanliness and sanitation. I think some of those changes, we won’t know until things hopefully start to come back in the third or fourth quarter. We don't even really know if the variants are going to have an effect on us. Time will still tell where we need to go with that.”