A few weeks ago, a new recording of Claude Debussy and Jean-Philippe Rameau works by Icelandic pianist Víkingur Ólafsson arrived in the mail courtesy of Deutsche Grammophon. I wondered at the pairing of these two French composers, who lived centuries apart. I know Debussy (1862-1918) well, but Rameau (1683-1764) not so much. Then I started listening. Boy, was I in for a surprise!

As always, I loved the Debussy selections, which include well-known works such as Children’s Corner and Estampes, as well as his Préludes. On the other hand, I wasn’t familiar with Rameau’s works, but was stunned by their poise and beauty. Rameau was a leading music theorist and composer for opera as well as the harpsichord in the 18th century. I haven’t particularly loved works by 18th century French composers, many of which I’ve only heard on period instruments such as harpsichords. But those same compositions played on a modern piano in the hands of Víkingur Ólafsson and well, it’s a different story.

I read Ólafsson’s liner notes with interest to understand his thinking on the pairing, selections, and arrangements. It turns out that Ólafsson himself didn’t really discover Rameau’s works until spring of 2019, as they were “rarely programmed or recorded on the modern instrument.” He described his discovery of Rameau as similar to Debussy’s experience when the latter saw a performance of Rameau’s opera Castor et Pollux. Debussy called the music “so personal in tone, so new in construction, that space and time are defeated and Rameau seems to be (our) contemporary.”

Indeed, the Rameau works on the new album sound modern, too, and the common features he shares with Debussy become apparent on listening. The album begins with Debussy’s lesser-known piano piece La damoiselle élue before transitioning to Rameau’s suite Pieces de clavecin, with “Le Rappel des oiseaux” (The Memory of the Birds) opening the suite, then heads into Debussy’s Estampes.  It quickly becomes clear that Ólafsson spent a lot of time understanding the affinities between the two composers, deciding on the repertoire to best explore their similarities, and curating the sequence of the various tracks. As a result, the music flows seamlessly and organically. 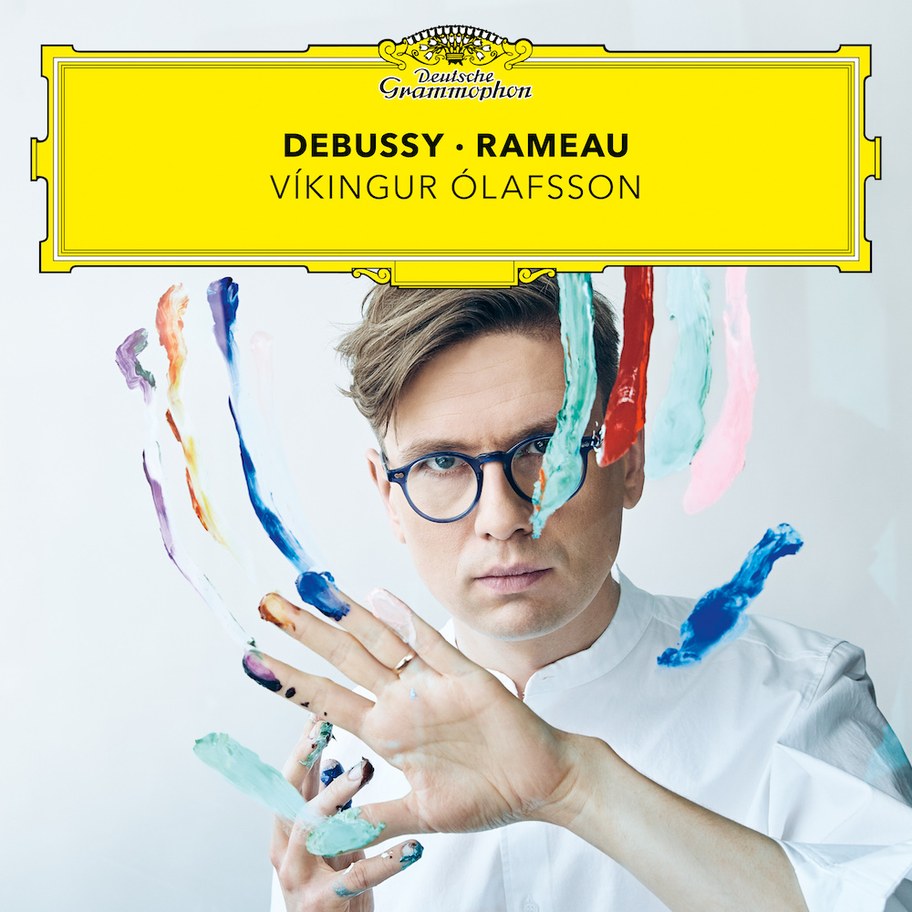 Debussy and Rameau were both musical revolutionaries. Debussy espoused an entirely new tonal palette, with whole-tone scales and influences of Balinese gamelan (which enthralled him at the Paris Exposition Universelle). He wrote harmonies that diverged from past norms, and rarely titled his works in formal terms. Debussy loved Japanese woodblocks and other arts, from which he drew inspiration and wove into the colors and textures of his music. Rameau, for his part, was a self-taught composer from the provinces who rewrote the book on tonal harmony. He was both theorist and practitioner of new musical ideas. Debussy used colors, harmonies and textures unprecedented in classical music—the exception being Rameau, who was once called “The Newton of Harmony.” They were way ahead of their times. Ólaffson eloquently states in the album notes: “As extraordinary innovators of both harmony and form, with a unique ear for colour and a keen sense of the theatrical, both composers wrote music which engages more senses than just that of hearing.” I couldn't agree more.

Debussy - Rameau is a beautiful and personal album. Ólafsson proves himself to be a wonderful interpreter and purveyor of this music. It has also been a surprising new discovery for me, as I only knew the name Rameau from Denis Diderot’s work Rameau’s Nephew, which I read as a comparative literature grad student. I find Rameau’s music incredibly elegant, and Ólafsson captures that perfectly.

I hope you enjoy this album as much as I do. It is a terrific introduction to both Debussy and Rameau, especially the latter. Rameau’s works sometimes reminds me of Keith Jarrett’s solo piano compositions. If you listen to Bill Evans or other modern jazz pianists, you are hearing the influence of Debussy (and Ravel, too).

In the first video below, Ólafsson performs a late work by Rameau, Les Boréades: The Arts and the Hours (1763), that he transcribed for the modern piano.