For me Chuck Berry was ground zero, the common denominator for many of my favorite artists growing up. The first taste I had of Chuck Berry’s music was The Beatles doing his “Roll Over Beethoven” from Meet The Beatles.  The first song that the Rolling Sones released was Chuck’s “Come On”. Chuck injected me with the Rock and Roll bug…from then on I was Reeling and Rocking and I never looked back.

His songs were also lovingly covered by The Kinks, The Yardbirds, Jimi Hendrix, The Beach Boys, David Bowie, …to name just a few.
His lyrics were poetic and funny and landed perfectly against his groundbreaking music.

In this hour we hear many of his classic songs, some great cover versions, and tributes from John Lennon, Mick Jagger, Keith Richards, Elton John, Bruce Springsteen…Barack Obama too !

As John Lennon says in the opening of this one hour tribute… "If you had to give Rock 'n' Roll another name, you might call it Chuck Berry." 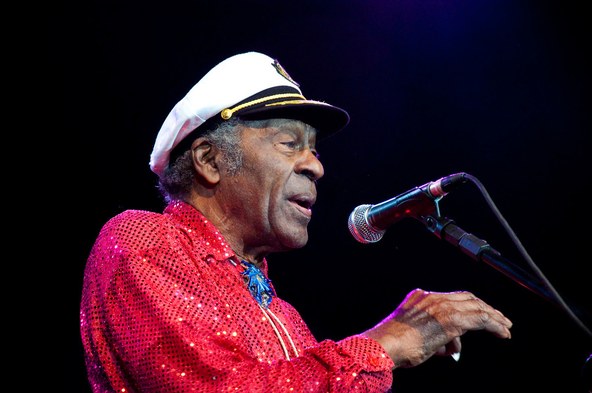