Actor Colin Hanks has joined the cast of Dexter for the show’s sixth season. He’s also working on a documentary about the rise and fall of Tower Records, so his love for music is well known. For his Guest DJ set, he takes us through the tracks that have meant the most to him throughout his life – songs he uses when he needs inspiration or just a pure burst of rock ‘n’ roll energy.

Transcript
Anne Lit: Hi I'm Anne Litt and I'm here with actor and music lover Colin Hanks, today we'll be playing excerpts of songs he's selected that have inspired him over the years as part of KCRW's Guest DJ Project.  So Colin, what have you brought for us?

Colin Hanks:  I'm nervous, I mean I donate to this radio station, I've got a lot riding on this, I feel like…

AL: Your friends are going to be listening?

CH: My friends are going to be listening to it so I want to make sure that it's good.

AL: So, what is your first choice?

CH: Every single song, every track that I've picked, I've connected a specific feeling or emotion that I have or had the first time I heard the song and, for me, this specific recording of “While My Guitar Gently Weeps” that is part of the Cirque Du Soleil Love show is by far one of the more beautifully touching… I mean it's just an absolutely jaw-droppingly gorgeous rendition of this song that for me is all about acceptance.  This song is all about accepting your place in the world and really understanding what life is all about. 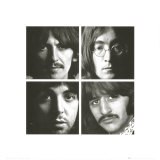 CH: On this particular arrangement, there are two extra lyrics that weren't in the original that ties the song together in a way that's so beautiful.  When he says 'I look from the wings at the play you are staging while my guitar gently weeps. While I'm sitting here doing nothing but aging', it's like I get goosebumps just saying it because it's like the song wasn't complete until I heard those lyrics.

AL: We're talking about “While My Guitar Gently Weeps” by the Beatles from the Love, the Cirque Du Soleil record.  Up next it looks like you've chosen a Pink Floyd song, which I'm really excited about and I want you to talk about this.  It's from the album “Meddle” it's the song “Fearless”.

CH: Pink Floyd, I think, is one of those seminal bands for almost everybody. It’s like a right of passage, you have to go through your Floyd stage.  And most of them involve Dark Side and Wish you Were Here.  But “Meddle” not metal with a T but meddle as in ‘don't meddle in my affairs’ is sort of an extremely, in my opinion, an extremely overlooked Floyd album. And this song, I mean even from the very beginning, the intro of the song reminds me of a gigantic exhale. And the whole rest of the song, for me, it's like a rhythmic almost breathing, sort of this in and out, and this song really symbolizes sort of like optimism.  I've listened to this song at pretty much for every point in my life ever since I heard it. 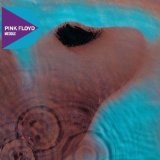 AL; This is Actor Colin Hanks on KCRW's Guest DJ Project. That was “Fearless” by Pink Floyd from the album “Meddle”. And next up it looks like we've got at the complete opposite end of the spectrum a track from DJ Shadow from the album “The Outsider” it's “This Time”. Tell us about that.

CH: DJ Shadow is one of those guys that I think is just absolutely mindboggling in what he's able to do sonically.  When I heard this particular song, a) it was a song I had never heard before of his and it was truly one of those music fan moments - again music cutting straight through everything and hitting me in that weird emotional place - and I felt like the song was for me.
I felt it was speaking to me and the very, very specific thing that I was going through, and what I needed was inspiration. I challenge you not to nod your head and listen to this song. I challenge you to not start singing along. It's one of sort of upbeat songs that is meant to inspire you and lift you up. 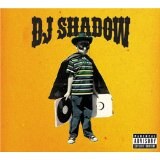 AL: It's “This Time (I'm Going to Try it My Way)” by DJ Shadow from the album “The Outsider”. And the next song you brought in for us is The Eagles of Death Metal. It's a song from the album “Peace, Love and Death Metal”. It's called “Speaking In Tongues” and this one came for me out of left field…

CH: Eagles of Death Metal to me is just it's all about fun. It's all about really fun rock and roll to be played very, very loud. If you're by yourself it's okay. All you got to do is just close the door because you're not really going to want anyone to catch you playing air guitar and air drums because this is to be played while you’re jumping up and down on your bed. And if you still happen to have posters on your wall ,you can rip them off the wall. This song quite simply is just about having fun and, you know, that concept of speaking in tongues and catching the spirit, that's just about not caring about anything and just cutting loose. 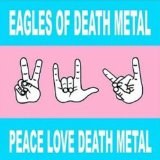 Song: Speaking in Tongues by The Eagles of Death Metal

AL: That was “Speaking In Tongues” by The Eagles of Death Metal. It's from the album “Peace, Love, and Death Metal”. And we have yet another selection that you've made and, this time, it's from the epic Joe Strummer and The Mescalaros. The album is called “Streetcore”. The track is called “Long Shadow”. Tell us about this.

CH: This one, I was sort of sideswiped when I first heard it because it had come with a lot of other baggage. When I found this record, Joe Strummer had already passed away. This song stuck out and it's simply because I think it was actually written for Johnny Cash and, when you take that into account, it has a different meaning.
In one ear I hear Johnny Cash singing it and it makes perfect sense and in the other ear I hear Joe Strummer singing it and it makes perfect sense, but I almost lean more towards Joe on this one because it's actually - even though he's writing it for Johnny Cash - it seems so much like a Joe Strummer record. Not a Clash record, it's HIS thing. And for me this song is all about empowerment. This song is all about, you know, if you put in all your work and do what you need to do when you get up on the top of that mountain you going to cast a long shadow. 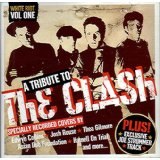 AL: That was “Long Shadow “by Joe Strummer and The Mescaleros. It's from the album “Streetcore”. Colin Hanks, thank you so much for coming into KCRW and being our guest DJ.

CH: I am absolutely honored to be here so thank you so much for spending the time with me.