I have been a witness to so many memorable moments at KCRW — but for our Throwback Session this week, I really tried to think what might be fun for you to hear at this particular time and in this particular moment.

A good friend of the station, John Legend, has a new album (Bigger Love) coming June 19th. So I thought it would be fun to reach back over the years and revisit a couple of beautiful occasions where he joined us in the studios.

The first conversation I ever had with John Legend took place in July 2007, and it still ranks as one of my favorite sessions I've ever produced at KCRW. I was sitting next to John in our studio, and we talked about where he came from (small town Ohio), how he came up (prom king, student council president, salutatorian), and how he got the name Legend (poet J. Ivy). This all came while he sat at the piano walking us through some of his best known works, and a cover of an old classic, inspired by a version of the song once recorded by his hero, Nina Simone. 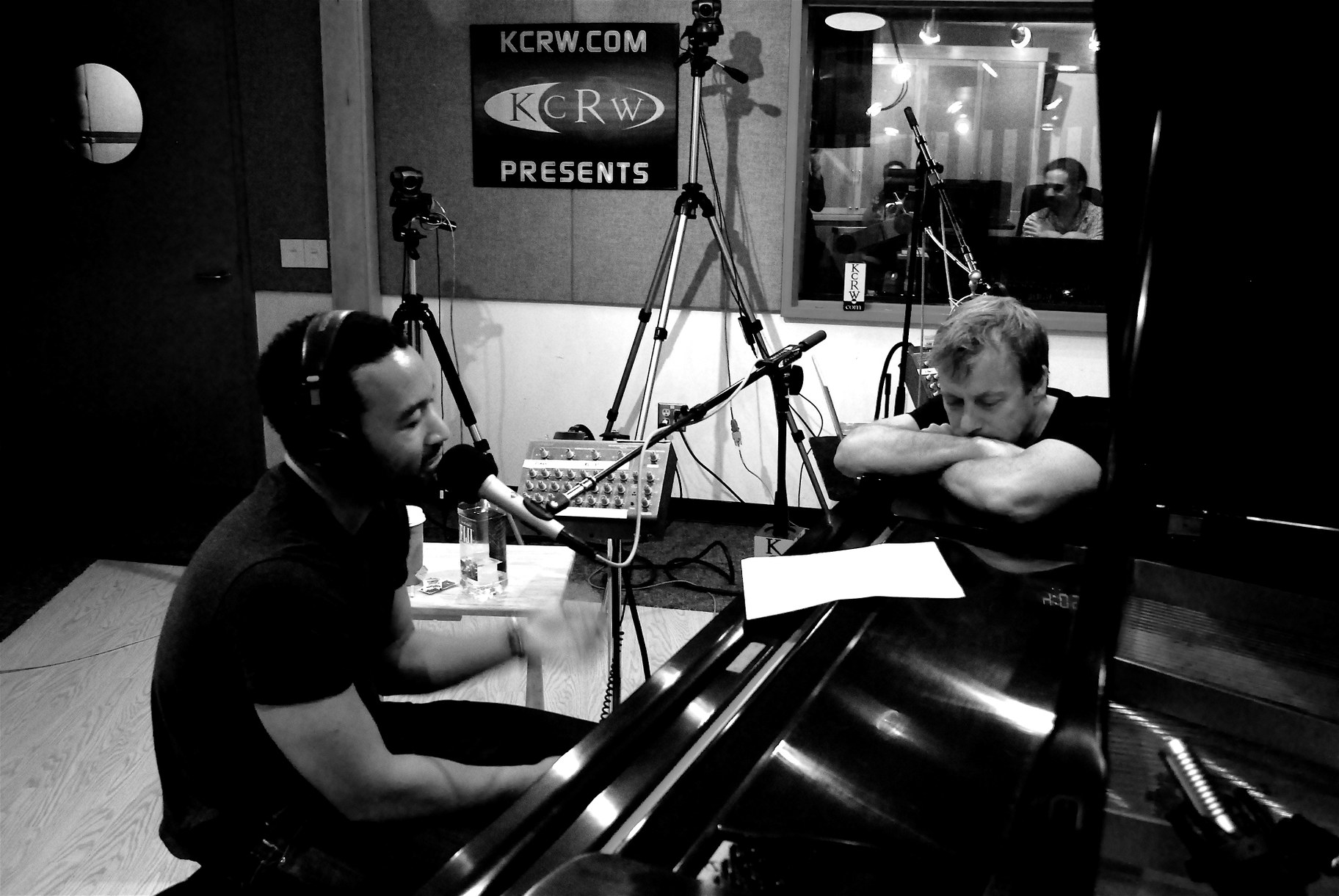 I love that first visit John made at KCRW — and if you want to hear that conversation and solo performance, you can find it here.

But while that session is beautifully wrought and deeply personal, John truly thrives in front of a live audience. And so I thought it best to draw your attention to the NEXT live session he did with us in August of 2014 at part of our Apogee Sessions. First of all, it's on video, so you can see it, but it's also back when we could all gather in a small, intimate space, shoulder to shoulder, feeling the power of music together. John Legend for this week's Throwback Session. Morning Becomes Eclectic on KCRW.