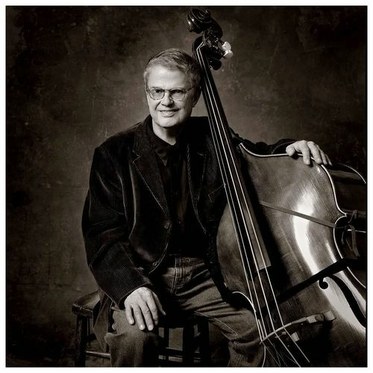 Charlie Haden died last Friday at 77. He had contracted polio as a teenager in Springfield, Missouri and the dreaded disease had returned in 2011 like Faust from Hell.

Charlie was a great friend of KCRW. He probably visited both myself and Chris Douridas 30 times on Morning Becomes Eclectic. But he didn't want us just to play his music; he loved being guest deejay, bringing in old-timey hillbilly music, modern classical music, jazz classics. He debuted the Estonian composer Arvo Pärt with me in 1986. He also liked obscure jazz singers like Lee Wiley. He pretty much put Cuban pianist Gonzalo Rubalcaba on the map, championing his music in festivals and clubs around the world. Charlie was always in demand, too, always on the road. 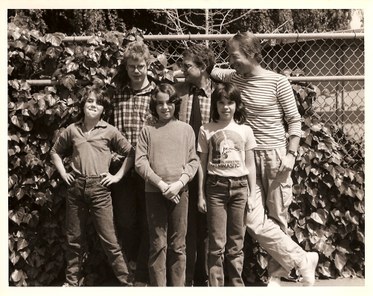 Photo from the 1980s of Tom and Charlie with his son Josh and triplet daughters Petra, Tanya, and Rachel.

His transition from hillbilly bass player and singer in the Ozarks, Shenandoah, Iowa and Springfield, Missouri to the avant-garde music of Ornette Coleman is uncanny. But when you hear hear him quoting an old hillbilly fiddle song "Old Joe Clark" on Ornette Coleman's song "Ramblin'", you realize that the two musical worlds weren't that far apart for him. He made them fit together nicely.

Charlie loved music. He lets out an excited yelp in Ornette's signature song "Lonely Woman"; he would emit similar screams of delight when we listened to music in KCRW's master control studio. It was never about just Charlie. He was passionate about all kinds of music and loved sharing his passion with others. I always looked forward to his visits. I have around 20 hours of his Guest DJ appearances in my archives. Hopefully one day I will get a chance to review and savor them again.

Ariana Morgenstern and I wanted to have Charlie in a year ago as a guest on Rhythm Planet. But by the summer of 2013, the ravages of his returning bout of bulbar polio had wrecked his voice; it must have been excruciating for this peripatetic bassist to have to give it all up. This last visit was not to be.

Charlie Haden worked with everybody: Ornette Coleman, Keith Jarrett, Carlos Paredes, Brad Mehldau, and countless others. His discography would take up several pages.

Charlie also championed human rights in his music.  He wrote a song dedicated to Dolores Ibárruri, the Spanish Civil War heroine known as "La Pasionaria".  In his Liberation Music Orchestra albums, he wrote songs like "War Orphans" and "We Shall Overcome".   He was once jailed in Lisbon, Portugal by agents of the ruling Salazar government for speaking out in support of the independence struggle in Angola and Mozambique.  In his music and life, he was fearless and uncompromising.

There's the old joke I've told before about the couple going to the marriage counselor; they tell him that they don't talk to each other anymore. The therapist tells them to go to a jazz club.  Sure enough, when the bass player starts soloing, voilá! They start talking again.

That wasn't true for Charlie. Unlike 99% of acoustic bassists who use steel strings, he used gut strings and a big bass for a powerful, deep sound. Nobody talked when he soloed. Check out this clip of "Lonely Woman"and see what I mean.

Rest in peace, Charlie Haden. You gave us so much great music, and inspired us all.