Most of you know the Graceland album by Paul Simon, and its significance. It’s now the 25th anniversary and there’s a film based on Simon’s return to a changed Johannesburg called “Under African Skies”.

What you may not have known, is that KCRW was sending Paul Simon cassette tapes of African music years before he recorded Graceland. After the album came out, the only media interview he did in Los Angeles was with DJ Tom Schnabel, who hosted Morning Becomes Eclectic at the time. Hear a snippet of their conversation, in honor of the 25th anniversary of the CD release.

In related KCRW programming, Elvis Mitchell interviewed the filmmaker Joe Berlinger about his new documentary which chronicles the controversy behind the recording of the legendary Graceland. 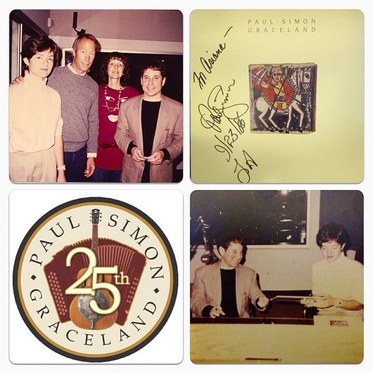