This week we feature some great music from Malian father and son duo Toumani and Sidiki Diabate and Rokia Traoré, a rare Malian double-header coming this Friday 9/26 to UCLA's Royce Hall. I'll be there for a pre-concert spin at 7 pm in the West Lobby.

Both Toumani and his son Sidiki play the kora, the traditional West African 21-string harp lute, a staple instrument for hundreds of years, and one with an elegant sound and look, too. A large gourd with beaded goatskin it is, along with ouds and sitars, one of the most beautiful instruments you will ever behold. It is the key instrument played by griots, the traditional oral historians and storytellers on West Africa. Toumani was son Sidiki's teacher, the latest in a family griot dynasty that goes back hundreds of years.

Rokia Traoré (b. 1974) is a Malian musician who has won numerous awards in both Africa and France. The daughter of a diplomat, she travelled widely as a child through Europe, Africa, and the Middle East. As a musician her travels have been far more extensive. Like her inspiration the late Malian bluesman Ali Farka Toure, she has extended the range and style of Malian music, playing both the traditional ngoni and western electric guitar.

It is rare to have 2 major Malian acts on the same bill and it's happening this Friday at 8 pm. Maybe I'll see you there! Click here for more info and for tickets.

We also say, "Happy Birthday" to two giants of modern music, John Coltrane (b. 9/23/26) and Ray Charles (b. 9/23/30). Coltrane would have been 88 on Tuesday Sept. 23rd and Charles, born also on Sept. 23rd, would have been 84. For Coltrane, we feature a rare recording with Miles Davis in Stockholm on a 1960 European tour; also a Berlin concert from 1963. For Brother Ray we first feature a very early recording from around 1952 that shows how much Nat Cole influenced a young Ray. Followed by a cut from one of my favorite Ray Charles albums, Genius + Soul = Jazz from 1961. 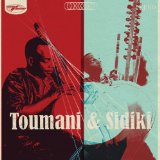 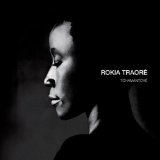 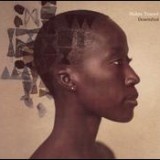 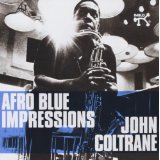 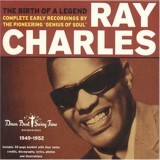 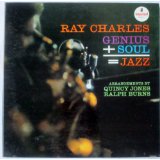