I want to feature two new albums and showcase two young artists who couldn't be more different: Mélanie De Biasio and Hollie Cook. Both of them are so outstanding, however, that it is their excellence that binds them together. Both of these singers have new albums out and I have no hesitation in recommending them.

Hollie Cook is a young British singer, the daughter of Sex Pistols Drummer Paul Cook and whose mother Jeni was a backup singer with 1980s supergroup Culture Club. Hollie's godfather is--you guessed it--Boy George. She was a member of the British punk band The Slits then worked with Ian Brown of the Stone Roses. Music is in her DNA. Cook is backed by a terrific band and great production: vocal overdubs are perfect, reggae beats and bass lines flow smoothly through her musical tapestry. She sings of life, love, and loss, joy and pain, and various things we all feel. The tempi of the various cuts is almost identical, but rather than being boring, you can listen to the whole album and love every cut. Twice is her new release I recommend checking out.

Mélanie De Biasio is a young Belgian singer, classically-trained in piano and flute, who delivers minimal sound and intensity. Her music is dark and moody, the piano chords are spare, drumming is minimal. She has the nerve to cover Nina Simone, something that would scare away many singers but she delivers it beautifully; she does Nina proud. There's a line in the song, "I need affection, not protection", perhaps alluding to the fact that Nina married an ex-cop who protected her from others, perhaps from herself as well. De Biasio was a reluctant singer at first; her training was in classical piano and flute performance, and I read that it was only after some friends encouraged her to sing at a party that she decided to do an album. Her music is not exactly pop, nor is it really jazz either. She has been called a Belgian Billie Holiday, but I disagree: her piano background and intensity puts her more in the Nina Simone camp. Her album, No Deal, also comes highly recommended by yours truly. 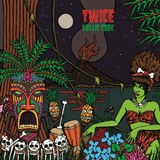 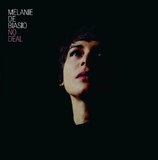