Guido Herrera-Yance is one of the best tropical latin deejays in LA, and we who love salsa and all the other forms of tropical music are fortunate to have him on the air.

But deejaying is not all he does: he's organized a popular Summer series at Long Beach's Museum of Latin American Art (MOLAA). Click here for more details. Two concerts have already happened: Cuban Divas and a Charanga Soirée. I didn't want to let another one go by without saying something about it.

New York City's Palladium was truly the mecca for mambo, a dancehall on the second floor on the corner of  West 53rd St. &  Broadway, in Manhattan. It operated from 1948 until it closed in 1966. Through its doors walked the great dancer Cuban Pete, stylish women in capri pants and armbands, men in classic 1950s suits; then there were regular fans like Marlon Brando, Desi Arnaz and Lucille Ball, dancing to Machito, Tito Puente and Tito Rodriguez. There were guest artists like George Shearing, Zoot Sims, and other music luminaries.

Guido and I got together to talk about the heyday of the Palladium, and the celebration of mambo that will happen on August 17th @ MOLAA that he's producing. The show features Freddie Crespo's Mambo Revue Orchestra! with Herman Olivera, the longtime lead vocalist with Eddie Palmieri's formidable latin outfit. To learn more about the event, click here.

Many thanks to Guido Herrera-Yance for the great photos, Mary Falcone who is RhythmPlanet's Producer, Mario Diaz our engineer, and Ariana Morgenstern, Rhythm Planet's Executive Producer. 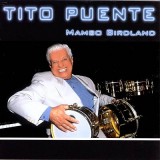 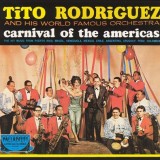 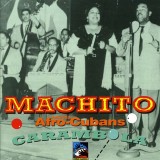 The Best Music You Sent Us: Analog Edition Music News