This week's show is about songs that take Nigeria's government and politics to task. Nigeria is rich in natural resources, but has been plagued since time immemorial by government corruption. Kleptocracy is a word sometimes employed. Nigeria exported 37.2 billion barrels of oil  2011; at the average price of $110 per barrel, 2011 revenues add up to...er...my calculator can't even add that up. Can somebody figure it out?

So why is Nigeria so poor? Why do people get burned alive trying to steal gasoline? Why did Ken Sarowiwa get killed for standing up for Nigeria's ecology versus the behemoth Royal Dutch Shell back in the late 1990s?

And the ultimate question: Why does a country with so much oil wealth have to borrow money from the International Monetary Fund? See first paragraph for the answer.

This week, we feature four songs by popular Nigerian artists that address this issue. The blandest one is a 1984 classic by Sonny Okosuns (1947-1984), "Which Way Nigeria".  It asks about Nigeria's future; it is sung patriotically, not critically, and hopes Nigeria can overcome its perennial problems.

Fela's famous song ITT (International Thief Thief) from around the same year takes multinationals doing business in Nigeria to task, in this case International Telephone and Telegraph, which did big business there at the time. He drops the MF bomb in the lyrics. Fela is also brazen enough to name names: two big Nigerian presidents are in the lyrics, "Start to steal money, like Obasanjo and Abiola." No wonder the generals put him in jail (on trumped up charges of course).

Fela's youngest son Seun Kuti's latest song, "IMF", follows his famous fathers footsteps. As I say, the fruit never falls far from the tree. IMF means, "International Monetary Fund" to most people, but here it means, "International Mother Fucker." Why mince words. You won't be hearing this version on the airwaves because the MF bomb is not allowed there.

The final song is by another young guy, Keziah Jones, a popular contemporary Nigerian singer-songwriter. More of a pop singer than an afrobeat artist, he address the theft, the corruption and the usual govement vices that keep the country poor. He was born in 1968, a year before Fela's fateful visit to LA and his discovery (via Santa Izadore) of black power and the Black Panthers.

All four artists are brave. You can get put in prison (or much worse) for writing and performing songs critical of the Nigerian government. I'm glad their message is getting out her to us in the west. 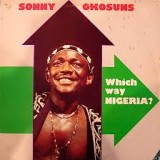 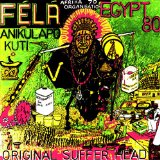 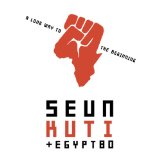 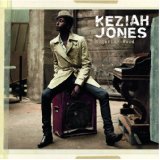