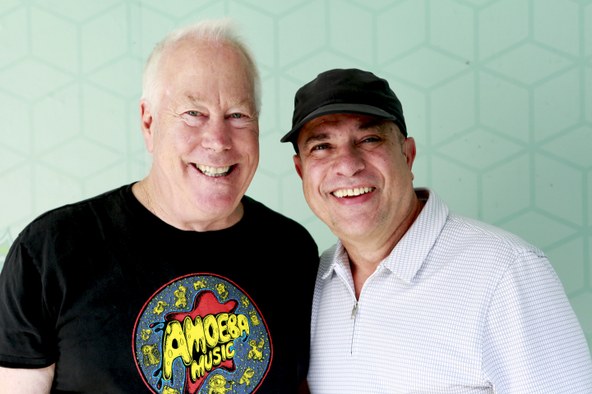 I’ve followed the career of Oscar Hernández for over 30 years, beginning with his work as pianist and arranger for Rubén Blades’s brilliant and still-timely album Buscando America (Searching for America). Fifteen years ago, the Bronx-born Hernández founded the 13-piece outfit known as the Spanish Harlem Orchestra (SHO), an incredible tropical Latin big band which has won two Grammy awards and tours throughout the world.

Hernández and SHO recently released their sixth album, Anniversary, celebrating their 15 years together. The high-energy sound of SHO—in the salsa dura (hard salsa) style—incorporates driving rhythms perfect for the dance floor. As a longtime fan, it was a pleasure to sit down with Hernández in the KCRW studios and talk about growing up in New York, SHO’s latest album, as well as the big band’s longevity and place in Latin music.

While gracious and modest about his talent and accomplishments, Hernández is in fact a widely sought-after musician, composer, and arranger. He has worked with and arranged for Celia Cruz, Julio Iglesias, Juan Luis Guerra, Ray Barretto, Paul Simon, and many others. Hernández is passionate about keeping the legacy and history of the music alive. “We represent the best of Latino culture through our music, and I feel really strongly about that.”