California recall election voter guide: How to vote and what happens after

Here’s what to know about how to vote in the recall, the timeline afterward, and more. Photo by CapRadio.

September 14 is the last day for California voters to decide whether to remove Gov. Gavin Newsom in a recall election. The recall effort gained steam during the COVID-19 pandemic with protests of the public health restrictions implemented by the governor and a judge giving recall proponents extra time to gather the required 1.5 million signatures to put the question before voters.

While some things about this election will be just like any other time Californians vote, a few things will be different. Here’s what to know about how to vote in the recall, the timeline afterward, and more:

What questions will be on the ballot?

The recall ballot will have two parts:

Voters will choose "Yes" or "No" on Question 1. A "Yes" vote means you want Newsom to be recalled. A "No" vote means you would like Newsom to remain governor. If more than 50% choose to recall Newsom, the candidate who wins the most votes will replace him.

The second part includes a list of the 46 candidates who qualified for the ballot (as well as a write-in option). You can fill out this section even if you vote "No" on Question 1 (more on this below).

How the two questions will appear on your recall ballot.

Can Newsom run to replace himself?

No, Newsom can not run as a replacement candidate on the second question according to state election law, which states that “No person whose recall is being sought may be a candidate to succeed himself or herself at a recall election.”

Because of the way recalls work in California, it’s possible Newsom is replaced by a candidate who earns fewer votes than the governor.

For example, if Newsom wins support from 49% of voters on the first question, he will be kicked out of office. He will be replaced by the candidate who wins the most votes, whether it’s 80% of all votes cast on the second question or 10%.

Can I vote on Question 2 even if I vote “No” on the recall?

Yes. Every voter gets a say on who they think the next governor should be if Newsom is recalled.

“Regardless of how a voter responds to the question of recalling the governor, they can still cast a vote for a potential replacement candidate,” said Jenna Dresner, a spokesperson for the Secretary of State’s Office. “The votes for each question are counted separately, so your vote for one question does not impact your ability to vote on another, that includes leaving a question blank.”

Who is running to replace Newsom? 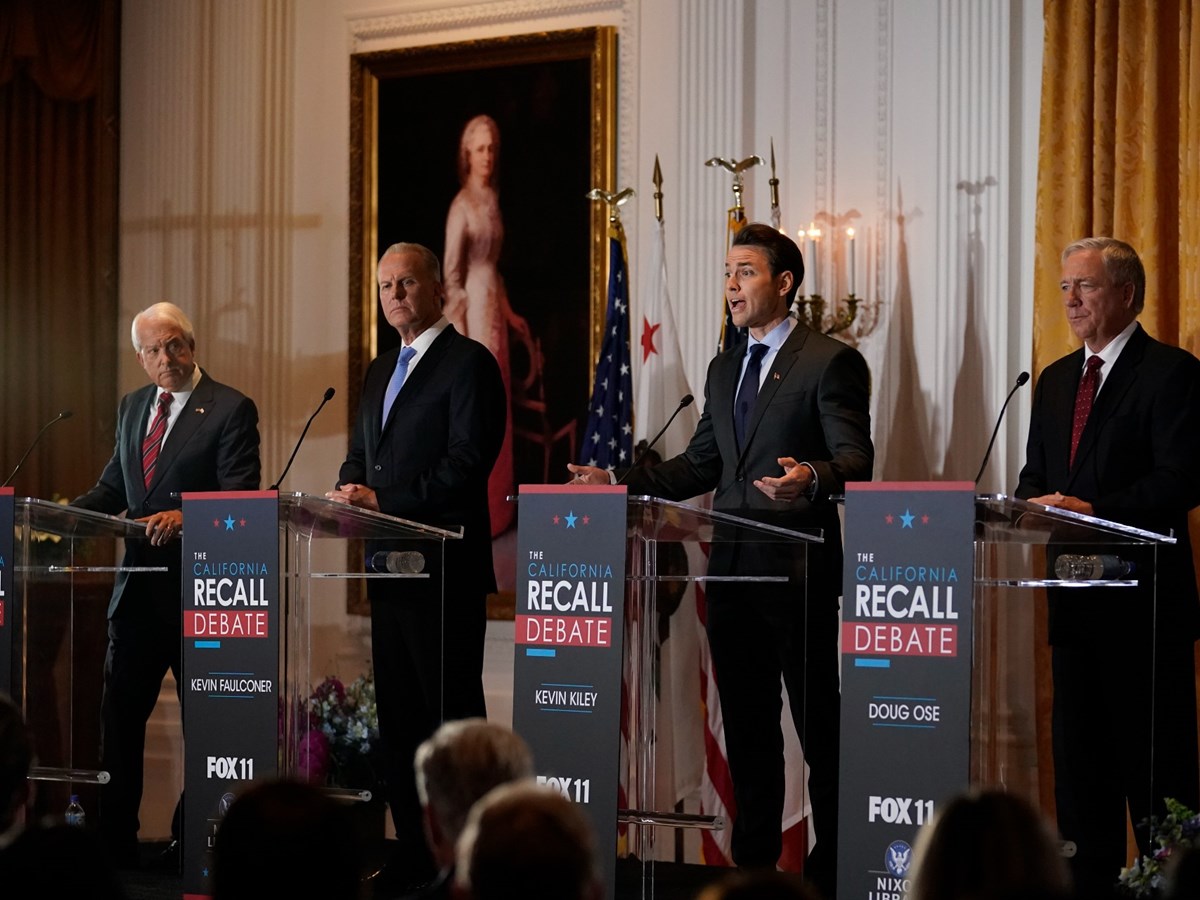 Forty-six candidates are running to replace Newsom. The field includes 24 Republicans, 9 Democrats and 13 candidates from minor parties or no party preference. The governor was able to stave off a challenge from any prominent Democrats with political experience.

According to a recent poll from UC Berkeley’s Institute of Governmental Studies, 40% of likely recall voters — most of them Democrats — still have not decided who they will support on the second question. These candidates polled at 3% or higher.

Larry Elder: A conservative talk radio host based in Los Angeles. Compared to other candidates, Elder jumped into the race late but has surged in fundraising, bringing in nearly $4.5 million in July. The longtime broadcaster is an ardent supporter of former President Donald Trump. He has said the minimum wage should start at $0 and be negotiated between workers and employers.

Kevin Faulconer: Before the recall, the former mayor of San Diego was widely seen as a Republican frontrunner to challenge Newsom in 2022. Faulconer has campaigned on his experience leading one of California’s largest cities and working with Democrats on the San Diego City Council. The Republican has proposed zeroing out income taxes for the first $50,000 in earnings. He also says he would increase funding for wildfire prevention.

John Cox: The San Diego businessman faced Newsom in the 2018 governor’s race and lost by a historic margin. Cox is self-funding his recall bid and has brought props on his statewide tour, including a live bear and an eight-foot ball of trash. Like Faulconer, the CPA and business owner has also proposed a large tax cut for Californians. In a recent debate, he advocated for the completion of a wall along the U.S.-Mexico border.

Kevin Kiley: The Sacramento-area state assembly member has become a vocal critic of Newsom’s administration from within the state Capitol. Kiley and a colleague, Asm. James Gallagher, sued Newsom for executive overreach during the COVID-19 pandemic but lost on an appeal. A former deputy attorney general, the 36-year-old Kiley is running on a message that the state government is not effectively serving Californians.

Caitlyn Jenner: The former Olympian and reality TV star has criticized Newsom’s pandemic restrictions and California’s worsening homelessness problem. Jenner is a former Trump supporter but distanced herself from the former president over his policies on LGBTQ rights.

Kevin Paffrath: Another political newcomer, this Los Angeles financial investor has a YouTube following of more than 1.6 million and is the Democrat with the highest name ID in the replacement field. The 29-year-old Paffrath says he wants to cancel income taxes for earnings under $250,000 and get all homeless Californians off the street within 60 days.

How do I vote? 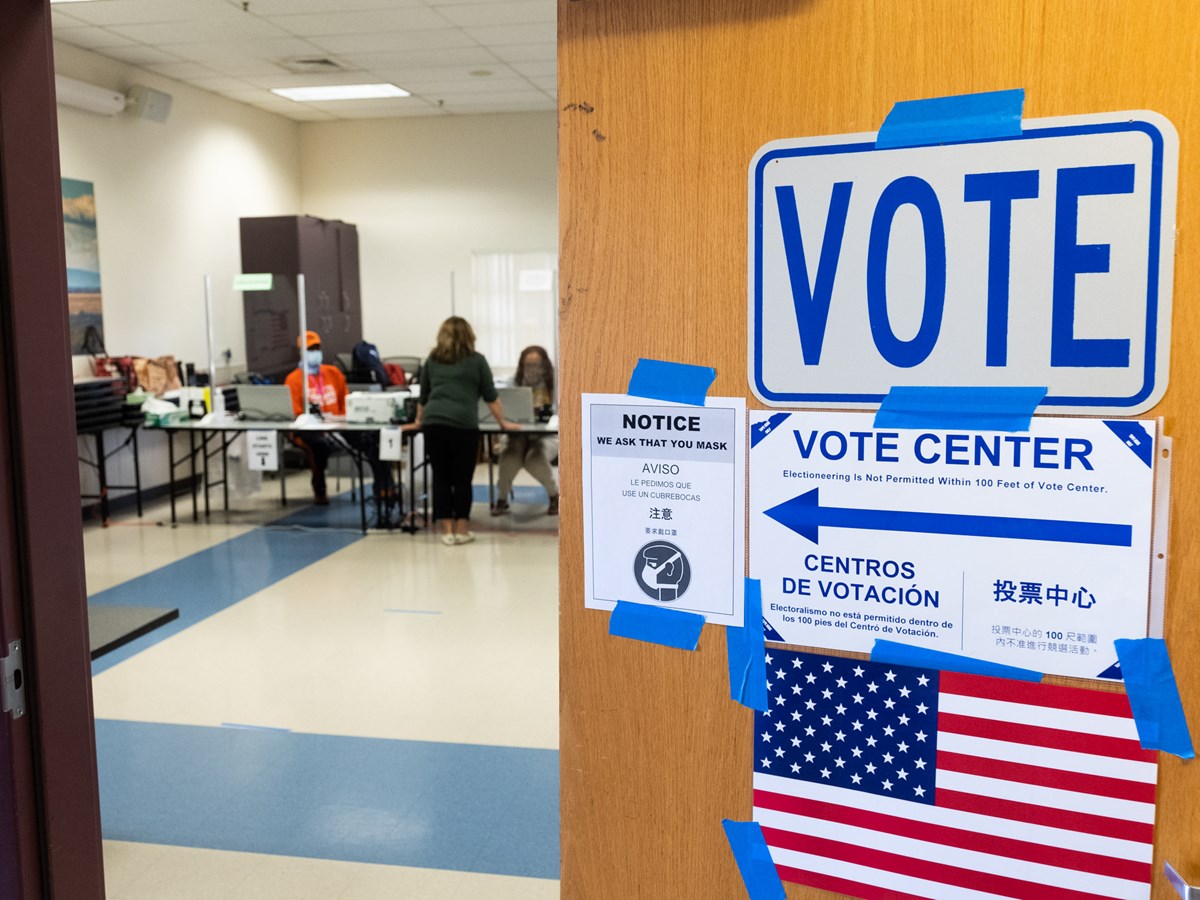 Most counties will have ballot drop boxes and in-person voting options, too. Check the website for your county’s registrar of voters for locations, dates and other information to vote in person. If you want to cast a vote at a polling place, you may want to bring your mail-in ballot to surrender at the time of voting.

In some counties, ballot drop boxes will be set up as early as Aug. 16 and early in-person voting will begin as early as Sept 4.

Alpine, Plumas and Sierra counties will conduct the recall election entirely by mail.

Once you’ve mailed your ballot back or dropped it off at an official ballot dropbox, you can keep an eye on its progress with the state’s ballot tracker website.

How do I get my ballot?

Mail ballots will automatically be sent to every active registered voter by Aug. 16 and will arrive a few days later.

If your original vote-by-mail ballot is lost, stolen or destroyed, you can request a second one. Contact your county elections office to be sent a new ballot. Counties are able to "cancel out" lost or stolen ballots using a statewide voter registration database called VoteCal, according to Kim Alexander of the California Voter Foundation.

The Secretary of State’s office has resources for voters who were evacuated or displaced by wildfires.

How do I fill out my ballot?

Fill out your mail-in ballot and place it in the secure envelope. Make sure you sign the outside of your ballot envelope. Election officials match your signature with the one on file to verify your identity.

Watch for common mistakes before you turn in your ballot. A recent study said the most common reasons mail-in ballots get rejected include: returning them too late, forgetting to sign the ballot envelope and signatures that don’t match the one on file.

Here are some tips on how to make sure your vote-by mail ballot gets counted.

What if I’m not registered to vote?

You can register to vote as long as you are over 18 and a United States citizen. Parolees are now able to vote in elections, after voters approved Proposition 17 last November.

If you haven’t voted in recent years or you have recently moved counties, you may be an inactive voter. Check your status on the Secretary of State’s website to make sure you receive a ballot in the mail.

What happens after Sept. 14?

Counties can begin releasing results on election night at 8 p.m.

Like other elections in California, the race may not be decided on election night if there are still a large number of outstanding mail-in ballots.

Counties must finish counting ballots and certify their results by Oct. 14. The Secretary of State will certify the results on Oct. 22. If the governor is recalled, he will need to vacate the office by that date and the winning replacement candidate will be sworn in.

If Newsom is recalled, his replacement will finish the rest of his term, which ends in early 2023. They would have to run for re-election in 2022 if they want to stay in office after that.

What happens if the vote to recall Newsom is a tie?

In the unlikely event voters are evenly split and the first question ends in an exact tie, Newsom will remain in office. According to state election law, a recall requires a majority.

If Newsom is recalled, can he run for office again?

Yes. Being recalled does not preclude an elected official from seeking that office again, as long as they have not reached their term limits. That means Newsom could run for governor again in 2022.

In fact, it’s happened recently. State Sen. Josh Newman (D-Fullerton) was recalled in 2018 and won the legislative seat back in 2020.

Will COVID-19 and the delta variant reduce in-person voting opportunities? 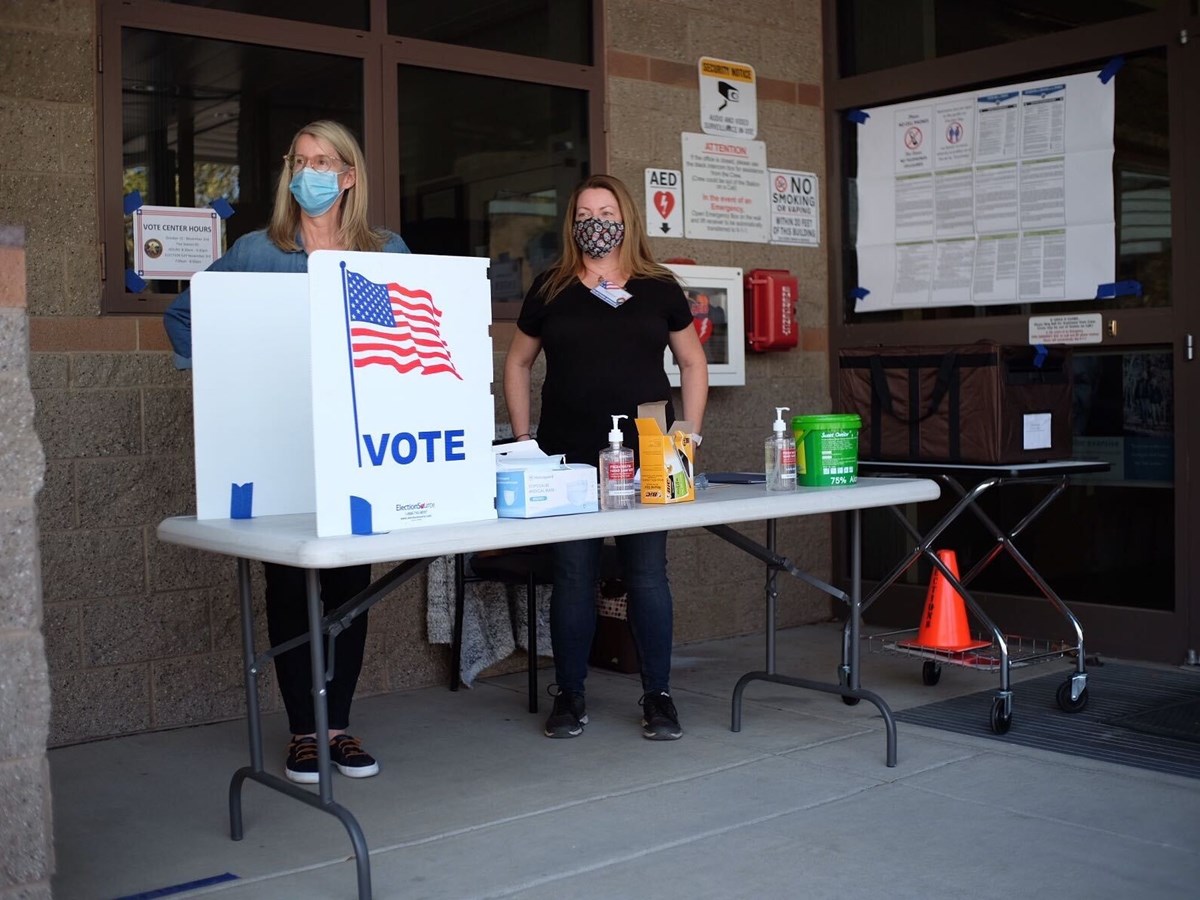 Seven counties — Marin, Mono, Placer, San Luis Obispo, Santa Barbara, Sonoma, and Tulare — received waivers to have fewer in-person voting locations, citing both the short amount of time to get ready for an unplanned election and the COVID-19 pandemic. But the counties say there will still be enough locations to meet demand for in-person voting.

In-person voting for the recall will likely look very similar to the 2020 general election. In Sacramento County, the pandemic precautions at vote centers will be the same, county spokeswoman Janna Haynes said.

“As in November 2020, COVID-19 precautions will be in place at all in-person Vote Centers to ensure the safety of both Election staff and voters. Precautions include face coverings and sanitation practices. Voters that cannot or will not wear a face covering, but still wish to vote in person will be accommodated, but may need to allow extra time for Election workers to set up a secluded location for their voting experience,” she said.