National Guard troops arrived in Los Angeles after protesters and police clashed throughout the city, and businesses were vandalized. Protesters demonstrated over the death of George Floyd who was killed by police officers in Minneapolis, Minnesota. Photo by Ted Soqui for KCRW.

Governor Gavin Newsom declared a state of emergency for Los Angeles due to continuing public unrest sparked by the killing of George Floyd by police in Minneapolis.

At the request of Mayor Eric Garcetti and LA Sheriff Alex Villanueva, Newsom has deployed about 1,000 National Guard troops to the city and county.

Floyd’s death has prompted waves of rage over police brutality around the country and Los Angeles has been a hotspot. 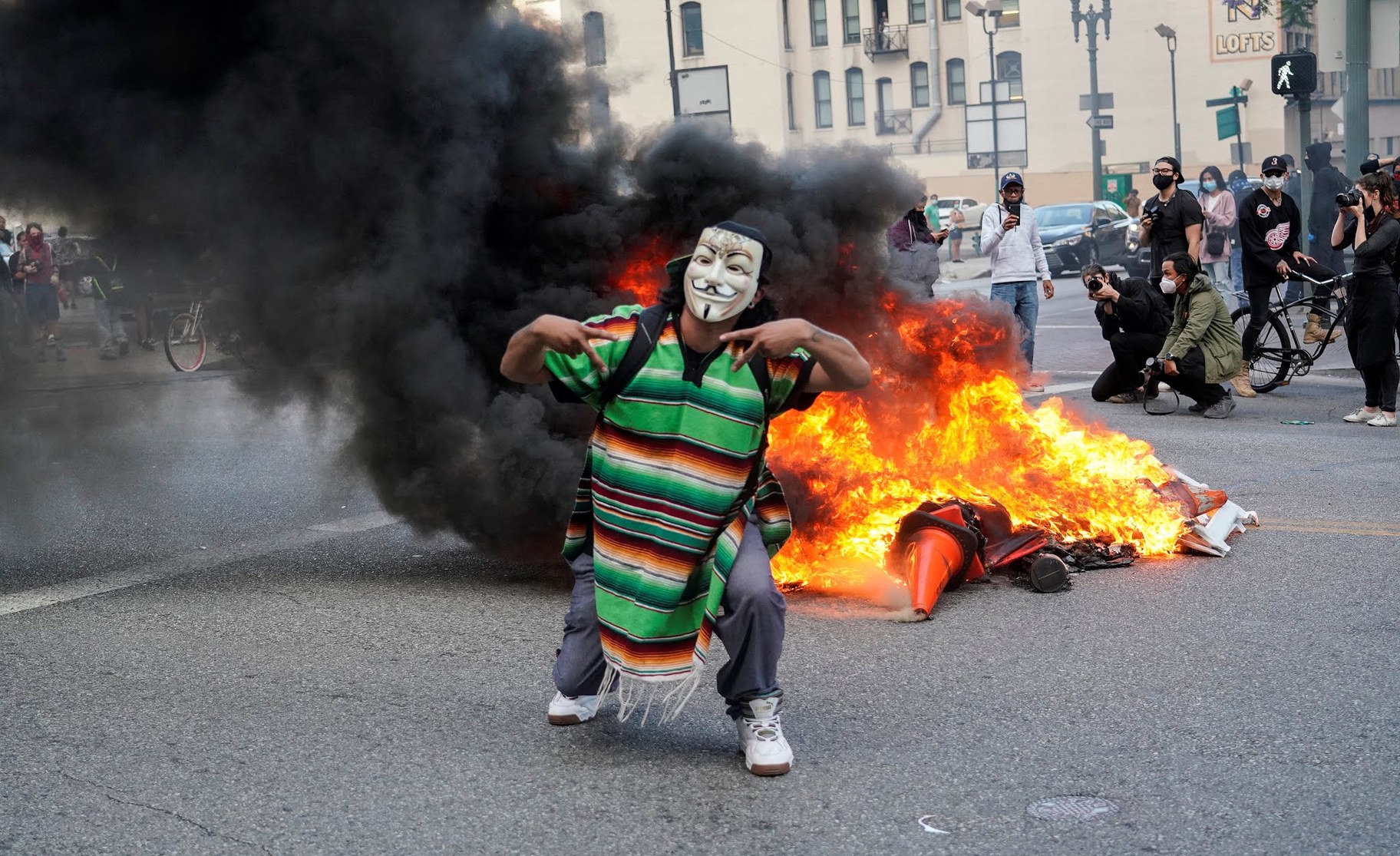 A masked protester stands in front of a fire during a Los Angeles rally May 30 against the death of George Floyd in Minneapolis police custody. Photo by Kyle Grillot/Reuters.

A Fairfax area protest against police violence — and the death of Floyd —  drew several hundred people Saturday. “We have a right to our rage, and them arresting one officer and then saying that’s justice, that doesn’t settle well with me,” said Black Lives Matter organizer Melina Abdullah at the rally.

After a peaceful start, some in the crowd began attacking patrol cars and smashing store windows. The violence spilled over to the Grove shopping center, where a Nordstrom was among the stores that was looted. Police responded by firing rubber bullets into the crowd and bringing in military-style vehicles to clear the crowd. 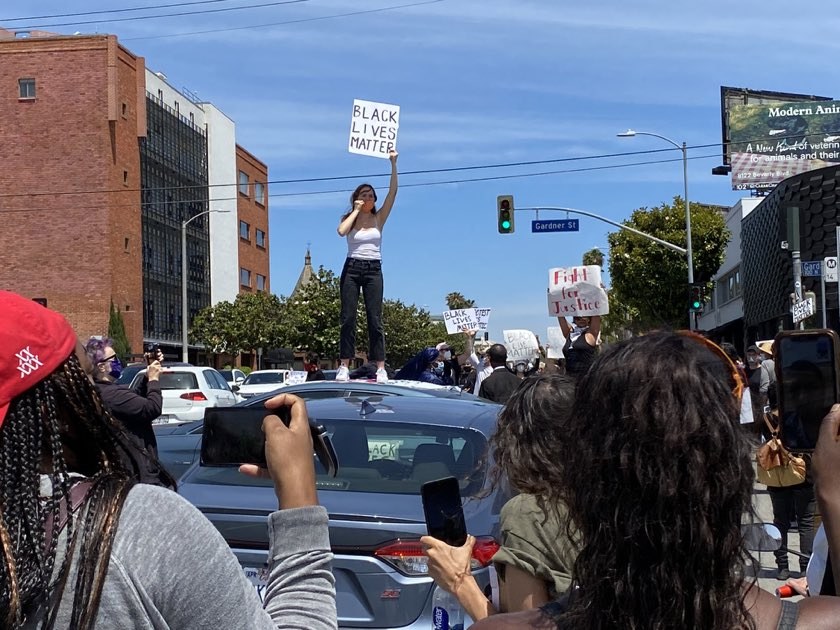 Protesters gathered in the Fairfax District of Los Angeles May 30 to rally against the death of George Floyd. Photo by Angel Carreras/KCRW.

Some LA politicians voiced concerns about utilizing the National Guard. City Councilman Marqueece Harris-Dawson said that Los Angeles has enough law enforcement to keep the peace – and he defended the right of protestors to be on the streets.

“If this country is a place where you can watch a man be murdered by police officers in our employ and you agree to go home and be quiet about it, then I think you’ve lost the meaning of the United States altogether,” Harris-Dawson said.

Sunday morning, as Guard soldiers patrolled the area, a major cleanup was underway in the Fairfax District. Dozens of people came out of their houses and apartments to sweep up broken glass, and clean the neighborhood. 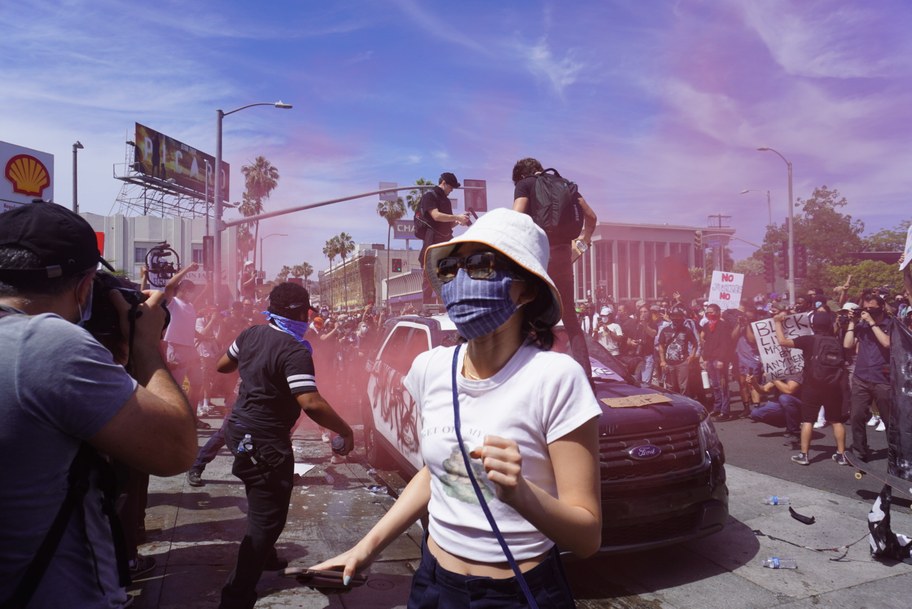 A woman gets out of the way as demonstrators smash a police car in the Fairfax district of Los Angeles. Photo by Angel Carreras/KCRW.