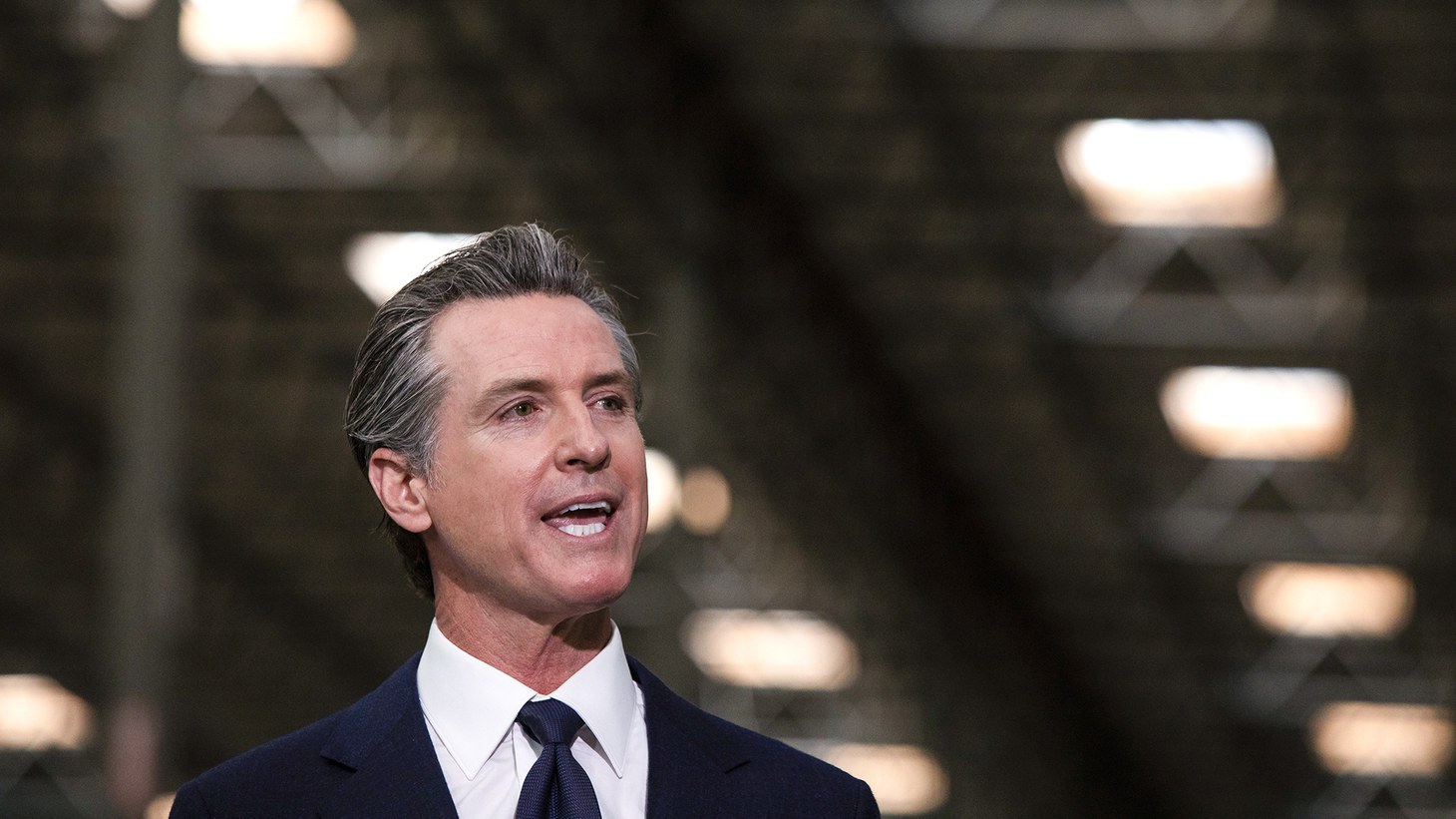 The proposal, known as the Community Assistance, Recovery and Empowerment (or CARE) Court, would provide a framework for courts to compel people with serious mental illnesses and substance use disorders into treatment, while also providing participants with supportive housing and wrap-around services.

“This is a completely new strategy,” Newsom said at a press conference today to introduce the new plan.  “And I hope that creates a space for a different conversation than we’ve had in the past.”

All 58 counties would be required to participate in the program, which is currently just a policy framework and still needs to be approved by the Legislature. Counties could face penalties for failing to provide requisite services, administration officials said.

That’s one of several details that differentiates this proposal from Laura’s Law, which also entails court-ordered treatment but allows counties to decide whether they want to participate. Newsom noted that, in one year, only 218 people were served by Laura’s Law. The Newsom administration estimates that the CARE Court program could serve between 7,000 and 12,000 Californians.

Administration officials say the new proposal is different, in part, because of the resources it comes with. It builds on a $12 billion allocation to address homelessness last year, as well as another $2 billion proposed this year, they said.

People could come into the program through short-term involuntary hospital stays (also known as “5150s”), through the criminal justice system or at the recommendation of family members, mental health providers or first responders, among others. They would not need to be homeless to participate.

The court would order a tailored plan involving some combination of housing, medication and services, and would offer the support of a full clinical team, as well as a public defender and a “supporter” who could help a participant make care decisions and prepare advanced mental health directives.

Unlike with conservatorships, which can be indefinite, participation would be time limited – one year, with the possibility of an additional one-year extension.

A stream of state and local leaders spoke to the urgency of the need at the news conference, held on the San Jose campus of Momentum for Health, a behavioral health treatment organization.

Oakland Mayor Libby Schaaf, whose city has seen a dramatic burgeoning of encampments in its parks, vacant lots and underpasses, described joining the city’s homeless count on a recent freezing morning. She lost her composure as she shooed a rat off of a sleeping woman, she said. She later learned that the woman had spent three years living in that same spot, feeding rats because they were her “chosen company” and refusing services.

“She had been offered care, shelter, housing countless times but had been left to freeze on the pavement of our city,” Schaaf said.

“It’s time that our Golden State stops walking by our greatest moral shame and faces it head-on with clarity and compassion,” she said.

With the new proposal, state leaders are trying to forge a new path beyond the decades-long stalemate surrounding involuntary treatment of the most seriously mentaly ill.

Dr. Mark Ghaly, the secretary of Health and Human Services, described the need to move beyond “old and broken models.” The Lanterman-Petris-Short Act, which established the standards for involuntary treatment for people with disabilities, passed in 1967, more than half a century ago. In recent years, much of the debate about how to serve people with serious mental illness has centered on whether or not to change that law. Bills moving through the Legislature are still grappling with that question.

Newsom took care to emphasize his interest in working with disability rights groups on the new proposal.

Kevin Baker, director of governmental relations for ACLU California Action, said in an email to CalMatters that his organization is “keeping an open mind” while waiting to see more details, though noting that “there are a million questions and a million things that could go wrong.”

“The problem of homelessness is caused by the cost of housing, and we won’t solve homelessness, mental health or substance abuse problems in our communities by locking people up and drugging them against their will,” he said. “New funding for housing and services would be good, if we also keep in mind that people don’t lose their civil liberties just because the government wants to help them, no matter how sincerely.”

He added that he thought the proposal is a significant and complex change in the law that should be heard by legislative committees and “not quietly slipped into a budget trailer bill as I hear may be the plan.”

County behavioral health departments would shoulder significant responsibility for implementing the new plan. Michelle Doty Cabrera, executive director of the California Behavioral Health Directors Association, told CalMatters that her members are all too aware of the “runaway train of need” for mental health services. While celebrating Newsom’s commitment to bring in more funding for housing, she said she worried that the administration was not planning to allocate enough resources for increased services.

“There’s no way you can squeeze blood from a turnip,” she said. “We’re at our limit in terms of what we can do. We need more resources to do more.”

The California State Association of Public Administrators, Public Guardians, and Public Conservators echoed this sentiment in a similar statement, saying they needed more resources to meet the “significant impacts” the program would undoubtedly have on demand for their services.

“The governor has thrown down the gauntlet and said we’re going to change things in a big way,” he said. “It’s one of the first new ideas I’ve heard in a long time.”