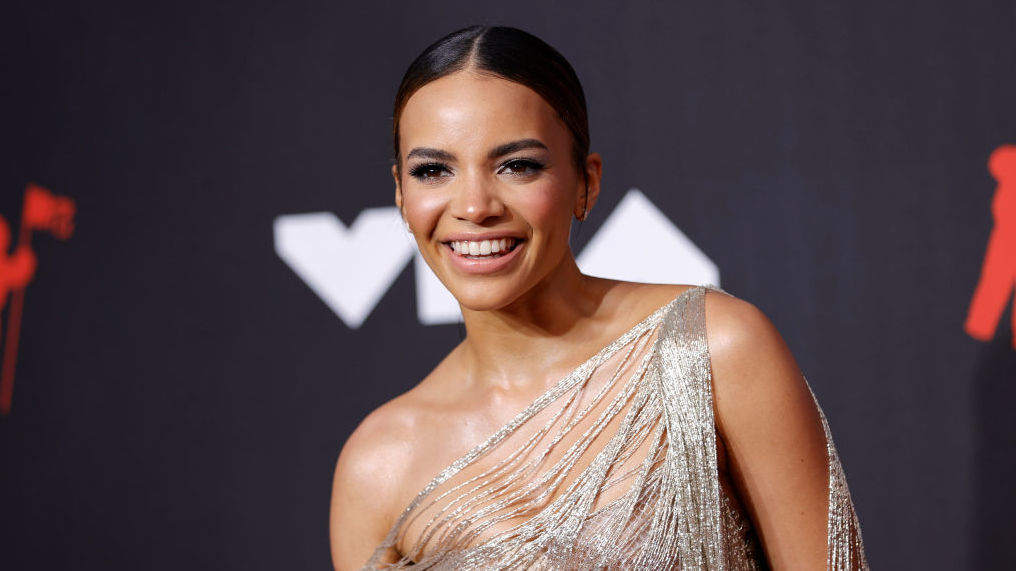 Actress Leslie Grace at the MTV Video Music Awards in Sept. 2021. Grace filmed the title role in Batgirl — which the studio has permanently shelved. Photo by Jason Kempin - Getty Images

In a move that shocked Hollywood observers for the amount of money wasted, Warner Bros. Discovery announced Tuesday that it is shelving all plans to release the nearly finished film Batgirl, starring actress Leslie Grace.

The film had originally been planned with a $75 million budget that had rocketed up to $90 million, due to COVID-related delays. It was directed by the duo Adil El Arbi and Bilall Fallah, whose credits include the 2020 Will Smith and Martin Lawrence vehicle Bad Boys for Life as well as the recent Disney+ series Ms. Marvel.

In a statement reported by multiple media sources, a Warner Bros. spokesperson wrote: "The decision to not release Batgirl reflects our leadership's strategic shift as it relates to the DC universe and HBO Max. Leslie Grace is an incredibly talented actor and this decision is not a reflection of her performance."

Warner Bros. has not replied to requests from NPR for comment.

Senior entertainment writer at Variety, Adam B. Vary, has been reporting on the Batgirl saga. He notes that the movie was meaningful for fans. "Not only did it have Leslie Grace — a Latina actress — leading the film, but this is work that hundreds, if not thousands, of people spent many, many months of their lives working on," he says. "This movie also had one of the first trans characters, based on a trans character that's in the comic books, played by a trans actor. Michael Keaton was returning to play Batman in this movie. So it really was seen by the fandom with a certain degree of excitement."

On Tuesday, Variety reported that the film had been planned under WarnerMedia CEO Jason Kilar and Warner Bros. CEO Ann Sarnoff, and was scheduled to be initially released on the HBO Max streaming platform. Since then, David Zaslav has come in as CEO of the newly formed Warner Bros. Discovery company, and has reversed their streaming-first corporate plans. The fate of Batgirl, according to Variety, seems to have been tied up in those strategy wars — but that jettisoning Batgirl would allow Warner Bros. Discovery to write the project off on its taxes.

"The Warner Bros. Discovery leadership decided that they would essentially write off Batgirl, that instead of releasing it on HBO Max, they could clean up their ledger — their debt ledger — by writing it off," says Vary.

In a statement posted to Instagram Tuesday, the film's directors El Arbi and Fallah wrote in part: "We are saddened and shocked by the news. We still can't believe it. As directors, it is critical that our work be shown to audiences, and while the film was far from finished, we wish that fans all over the world would have had the opportunity to see and embrace the final film themselves. Maybe they will someday insha'Allah ... In any case, as huge fans of Batman since we were little kids, it was a privilege and an honor to have been part of the DCEU [DC Extended Universe], even if it was for a brief moment. Batgirl For Life."

When the Batgirl news was first reported, it was via the New York Post. The Post's entertainment critic, Johnny Oleksinski, tells NPR that his source blamed poor audience response to a rough cut screening.

"It did test poorly," Oleksinski asserts. "It tested in the 30s, which as anybody knows, if you test in the 30s, you fail math and have to redo eighth grade. Batgirl is a lousy movie."

But, Oleksinski adds, there are plenty of lousy movies that make it to theaters.

"We have to acknowledge that Val Kilmer in a nippled Batsuit by Joel Schumacher made it to our screens," he notes. "Over at Universal, the movie Cats made it to our screens. They weren't shelved and they were probably very aware they weren't going to make any money, and lose a bunch of money, and be embarrassed. So this really just comes as a shock. I don't think you could find a precedent for this having happened before."

Variety's Adam B. Vary says that the fate of Batgirl is strikingly different than that of the upcoming film The Flash, which is slated for release in June 2023 and stars Ezra Miller. Miller (who uses the pronouns they/them) is currently facing a slew of legal issues: they were arrested twice in Hawaii earlier this year on charges of assault, disorderly conduct and harassment. Parents of an 18-year-old in North Dakota have also filed legal claims saying that Miller groomed and controlled their child for several years.

"To date," Vary observes, "Ezra Miller has not spoken publicly about any of the allegations, and Warner Brothers has also not really made any public declarations about it. But this is a problem without precedent — and a lot of DC Comics fans and superhero fans are wondering what Warner Brothers is going to do here. Then along comes this Batgirl decision — a lot of people are wondering whether they could do the same thing for The Flash."

At the same time that Batgirl met the ax, Warner Bros. Discovery also announced that the movie Scoob!: Holiday Haunt has also been shelved. It was a sequel to the 2020 film Scoob!, of which Variety wrote in its review: "These are trying times, and parents may be grateful to have a virtual babysitter to distract their kids for 90 minutes, in which case, Scoob! is surely more effective than sitting them in front of the fish tank."

Meanwhile, on an Instagram story Wednesday, Leslie Grace posted a clip of someone lip-syncing. The song: Taylor Swift's "Shake It Off."