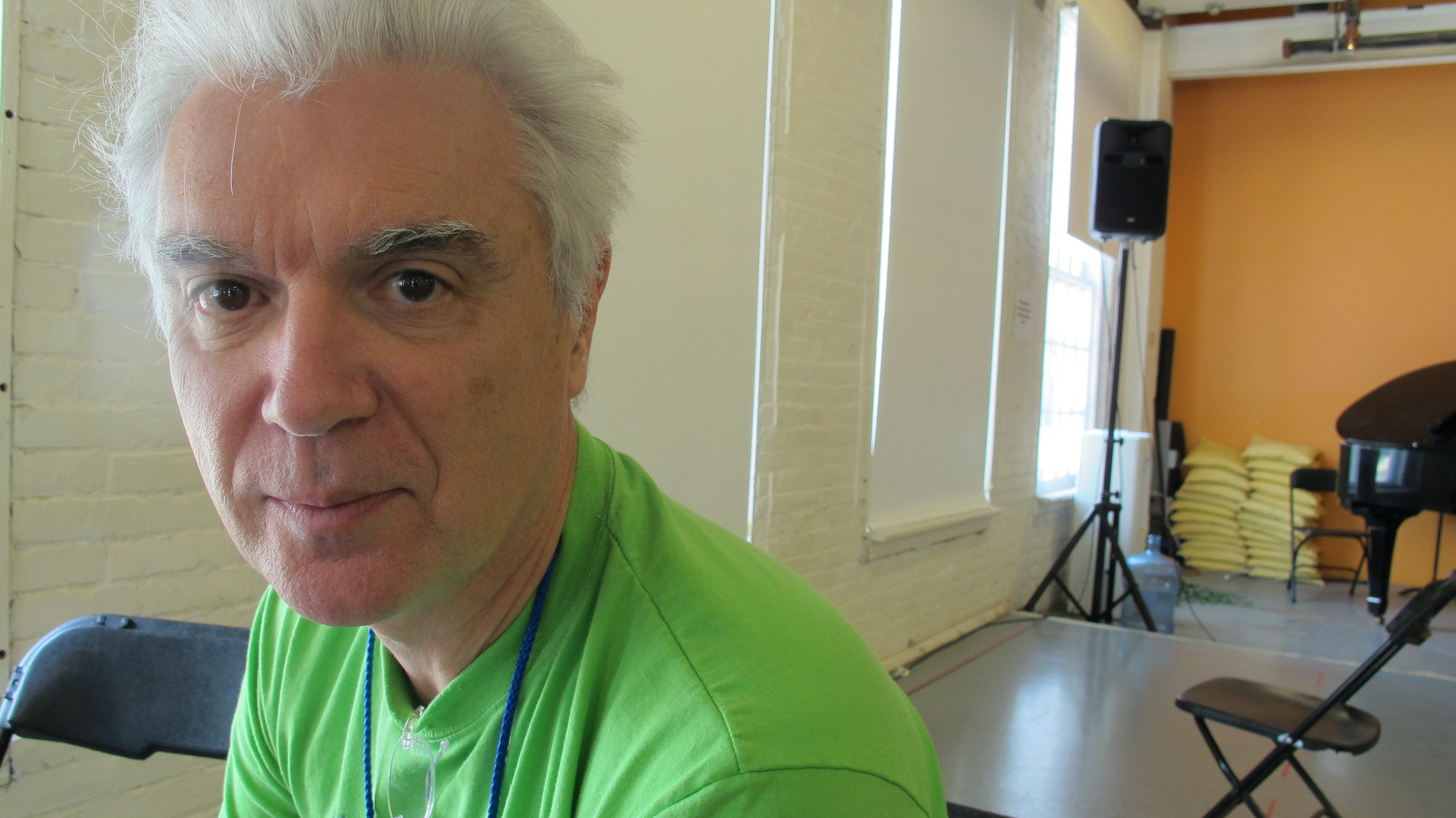 For many, the mention of the Philippines' former first lady Imelda Marcos brings to mind her thousands-strong shoe collection. But the extravagant, ultimately disgraced wife of ousted dictator Ferdinand Marcos makes musician David Byrne think of something different: disco — and power.

Byrne is fusing the two in his first musical, about the rise and fall of Imelda Marcos. It's called Here Lies Love, and it's being workshopped at the Williamstown Theatre Festival over the next four days.

At the tech rehearsal, the director and 12 Filipino-American actors are all connected through lavalier mics as the crew tweaks the lighting and sound. It's a big moment for Byrne — the ideas behind his first musical have been bumping around in his head for a long time.

"For years, I've thought that — I'm not alone in this — that the kind of world that a powerful person builds around themselves, whether in politics or other areas, it becomes this little world unto itself," he says. "They create a little bubble."

But Byrne kept those thoughts to himself until he started reading about Imelda Marcos and discovered she loved discos.

"She had a mirror ball installed in her New York townhouse — not many of us can make that claim. And she had the roof of the palace in Manila converted into a music club," Byrne says. "I thought, 'Wow, here's somebody who lives in one of those bubble worlds who brings her own soundtrack.' "

"I made notes of things that they said in interviews, things that they wrote, quotations they gave, this kind of thing, which were really useful," he says. "Sometimes — more than sometimes, many times — those found their way into the lyrics."

The title Here Lies Love comes from something Imelda Marcos said in a documentary.

"Everything she's done, she's done for love, and on her tombstone she wants it to say, 'Here Lies Love' — and don't put my name, just 'Here Lies Love,' Byrne says. "She was making a little sound bite there, but I thought, 'Wow!' "

A disco musical about the over-the-top wife of a fallen dictator was not an easy sell. Byrne says New York producers didn't "get it" and didn't want it. So he produced a concept album two years ago, featuring instrumentation by Fatboy Slim and vocals from Tori Amos, Nellie McKay, Santigold and many other artists, as a kind of demo.

Oskar Eustis at the Public Theater in New York heard it and suggested Byrne take his idea to risk-taking director Alex Timbers, of Bloody Bloody Andrew Jackson fame. But even Timbers worried that Byrne's musical could turn into a kitschy sendup of Marcos' shoe fetish — or worse.

"I think a danger whenever you're dealing with a kind of Evita-like subject is a self-seriousness that is destructive," Timbers says. "And I think this embraces the kind of irreverence of the concept of the project."

Timbers and Byrne insist they're not making fun of Imelda Marcos. In fact, they say they want the audience to connect with her. But how do you make someone who abused her position of power so blatantly into a sympathetic character?

"Uh, tricky question," Byrne says. "If you hate the lead character from the beginning, if you despise her — which, a lot of the audience is going to come in not positively inclined to this person — if this is successful, you find yourself in this quasi-uncomfortable position of empathizing with the wife of a dictator, and at the same time going, 'I am not going to sympathize with this person.' "

That's just the tension they're looking for, Timbers says.

"To be clear, you know, we're not trying to glorify Imelda Marcos," he says. "I think it's important to try to understand the politics of power and the pathology behind someone who would so sort of desperately seek and manipulate power, but I don't think she's the one your heart breaks for at the end of the show."

He says the only way to find out who that person is would be to see the show when he and Byrne take it to New York's Public Theater in the spring — after many more hours of tweaking.