Lindsay Howard and Jay Mandal planned to try for a second child this year, but then the pandemic hit. Photo courtesy of Lindsay Howard.

Right now, 15-month-old Evie is an only child. But that wasn’t always the plan.

“We had these grand plans. My friend was going to get married in Italy in September of last year. So we were like, ‘Okay, we’re going to go on vacation, travel around Europe,’” says Evie’s mother Lindsay Howard. “It was the perfect time to start thinking about trying again.”

Then the pandemic hit. The wedding was canceled. Howard and her husband, Jay Mandal, both work in health care, and are nervous about their heightened risk of contracting the virus. So they’ve decided to hold off on trying for another kid.

The U.S. is expected to welcome up to 500,000 fewer babies this year, which is a 10-15% drop from last year. Now that it’s 10 months since COVID restrictions started, it’s becoming clear there won’t be a big group of “Coronials” or “Baby Zoomers.”

Dr. Yalda Afshar thought with so many people trapped at home with more time on their hands, her job might look different this year.

“We thought there was going to be an increase in the number of births, but we haven’t seen that uptick quite yet,” she says.

The trend is thanks to moms like Howard. She spends her weekdays caring for Evie and working on her nursing degree. She spends her weekends at the hospital, working as a nurse practitioner. Her husband also works in health care and flies around the country multiple times per week. Add to that the uncertainty of living in a pandemic, and suddenly growing her family wasn’t the top priority anymore.

“We would’ve liked to start before now, but there were just too many unknowns,” she says. “Just stresses of timing. Like in the beginning, birth partners weren’t allowed in the hospital, so we thought maybe we’ll hold off. Especially we thought we were high risk with me being in the hospital and him flying everywhere.” 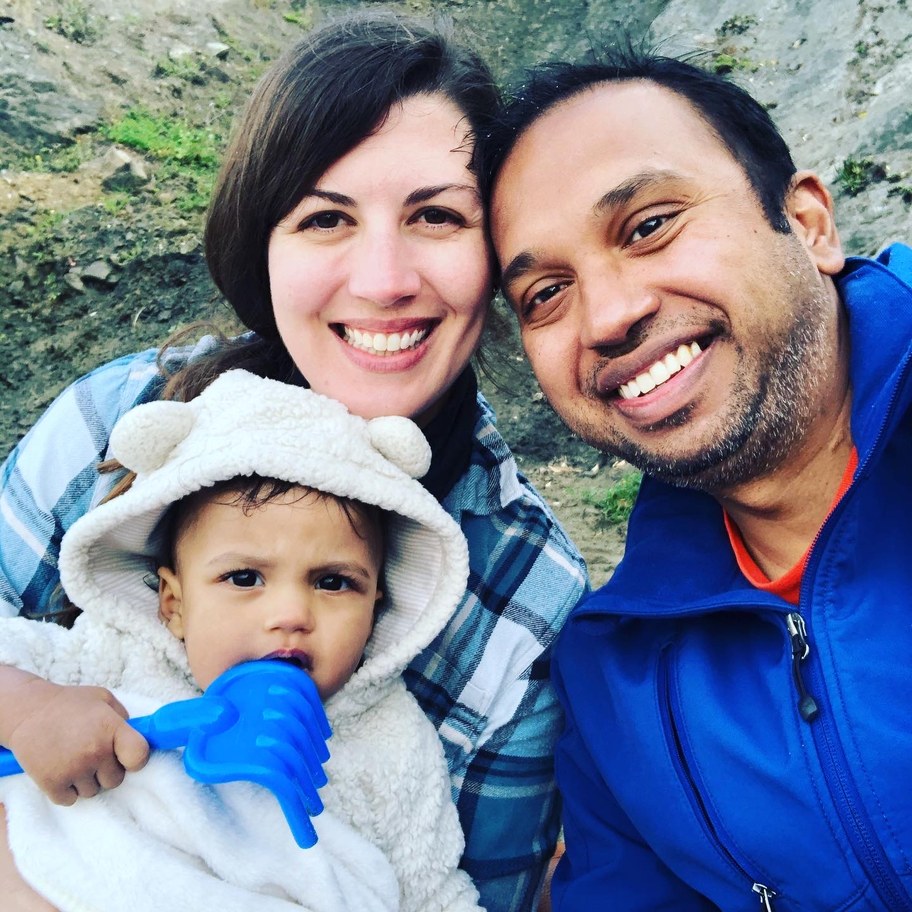 Howard originally wanted four kids, but after delays in conceiving Evie and trying for her next child, she thinks she’ll stop at two. Photo courtesy of Lindsay Howard

A study by the Guttmacher Institute last year found that one-third of all women surveyed wanted to postpone their pregnancy or have fewer children because of the pandemic. That’s felt especially hard in places like LA, because that number shoots up for people of color. Nearly half of Latina women report their plans have changed.

Yael Sherne isn’t surprised by the trend. She is a marriage and family therapist in Beverly Hills who has seen a spike in demand for her services in 2020.

“One of the things I'm hearing most … is a fear around raising infants during a pandemic and worrying about … job loss or they already have children and are managing child care as well,” she says.

She says the financial uncertainty, the concern over safety, the lack of child care provided by school and visiting grandparents all resulted in couples holding off on starting or expanding their families.

Demographer and UCLA Professor Anne Pebley says those concerns match other dips in population growth throughout history, like the Great Recession in 2008.

“Part of the choice of having kids is whether you can afford to do so, and people often reduce the number of children they have or postpone fertility when they feel insecure,” she says.

It’s adding to a trend that the U.S. is already seeing. On average, women here give birth to 1.8 children. That’s below the 2.08 replacement rate needed to sustain a population, and it’s continuing to go down. Plus California has one of the lowest fertility rates in the country. Last fiscal year, there were 14,000 fewer Californians born than the year before. The total U.S. population is still growing though, thanks to immigration.

Pebley predicts the Baby Bust in places like the United States could be counterbalanced by a Baby Boom in poorer countries, with less access to contraception and abortion.

“[Being] more economically insecure in our higher income system means jeez, cut down on expenses. But children aren’t that expensive in poorer countries. You’re not putting huge amounts of money into all the things we do when you have a child, so having a child may actually be a good economic decision,” she says.

But just like with the Great Recession or the 1918 pandemic, “busts” are temporary. Sherne says her clients’ long-term plans haven’t changed much: “In my work it’s mostly a postpone until this is something that feels safer or more manageable for me and my family.”

“I think we might have a little boom-let … I think this happened after the recession also, people delayed or postponed and there was a little bump afterwards,” says UCLA professor and demographer Jessica Gipson. “It’ll be interesting to see how perspectives have changed now that we have a vaccine. … Some people are more hopeful about the future and what they want to do in terms of having a family that they may have thought about differently before the pandemic.”

Pebley says though some couples may start trying to get pregnant again soon, pausing for even just that year could mean smaller families overall.

“It’s an old saying in our line of work that sometimes postponement is really not having children. In other words, you may postpone long enough that at a certain point, you just don’t have the child you postponed.”

Howard could fall into that group too. When she got married, her dream was to have four kids. It took her a while to conceive Evie. Add on postponing her next pregnancy because of COVID, and now she says they might stop at two.

“I’m 35, so now I’m technically considered advanced maternal age, so I don't know,” she says. “I thought I would’ve started a bit sooner as far as trying for a second.”

Now Howard has gotten the vaccine, and her husband will likely get his soon. Meanwhile, she expects her work for that doctoral degree in nursing to ramp up next school year, just when she planned to be pregnant. She and her husband haven’t talked about when they might start trying again, but she still hopes they’ll grow their family soon.

Joe Biden supporters from Southern California who wanted to attend the presidential inauguration had difficult decisions to make in recent weeks. President-elect Biden has...

Reporters across the country are preparing for Wednesday’s presidential inauguration.