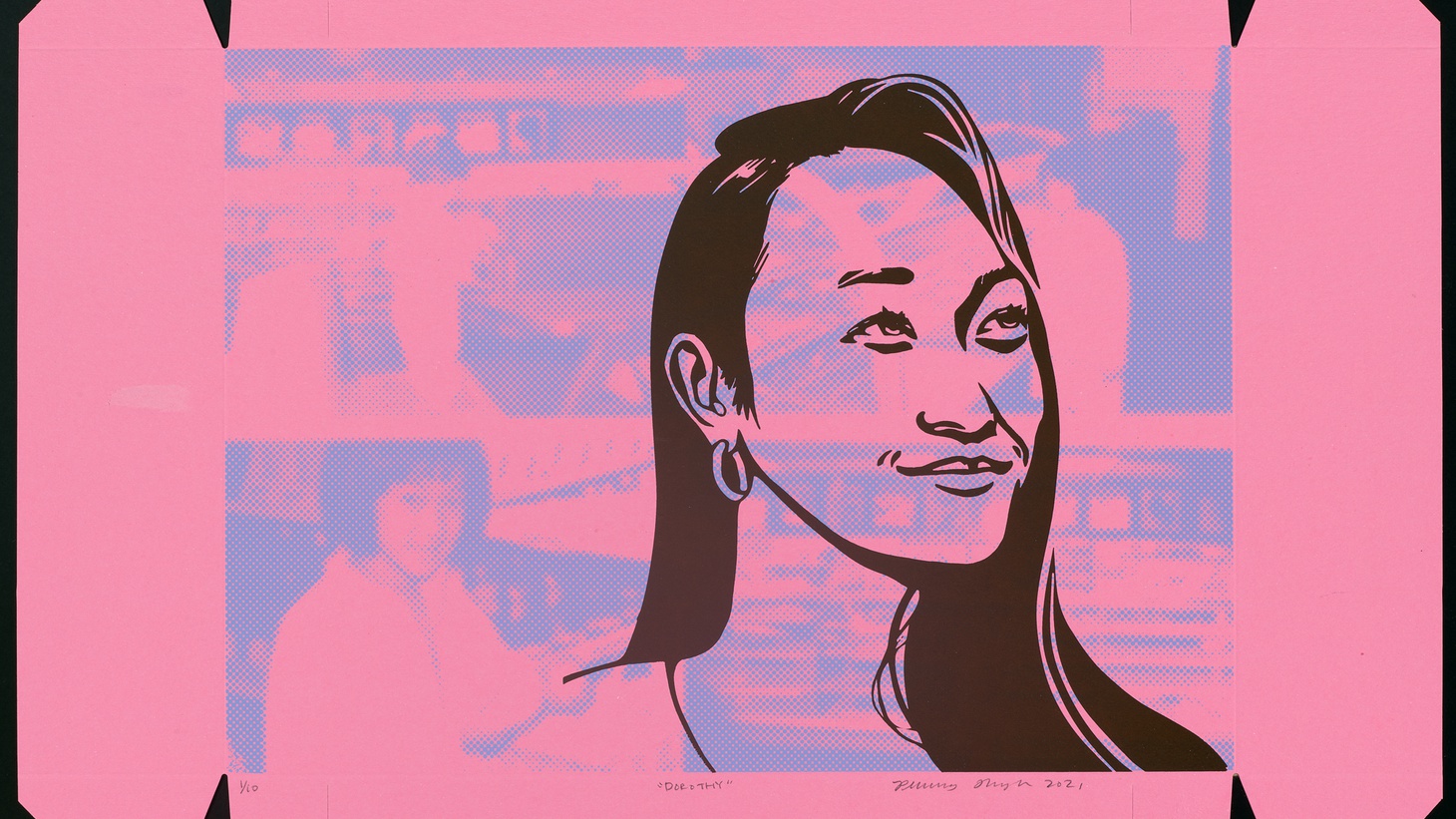 If you’ve picked up a doughy treat from a mom-and-pop donut shop in LA, there’s a good chance the owner of that shop — or their parents or grandparents — built a brand new life in the U.S. after fleeing war and genocide in Southeast Asia. Marketplace ran an analysis in the late 1990s that showed about 80% of the donut shops in California were owned by Cambodian Americans — many of them refugees.

Now, enter the second and third-generation children of those refugees who grew up in and around these donut shops. They’re the focus of a new exhibition called “Donut (W)hole” by Angeleno artist Phung Huynh.

“I interviewed these ‘donut kids,’ and I asked them to give me photographs of them as children when they were at the donut shop,” Huynh says, explaining her process. She overlaid the childhood photographs with portraits of the “donut kids” now “to have this relationship of then-and-now, and how they're forging their new identities with this very complicated past.” 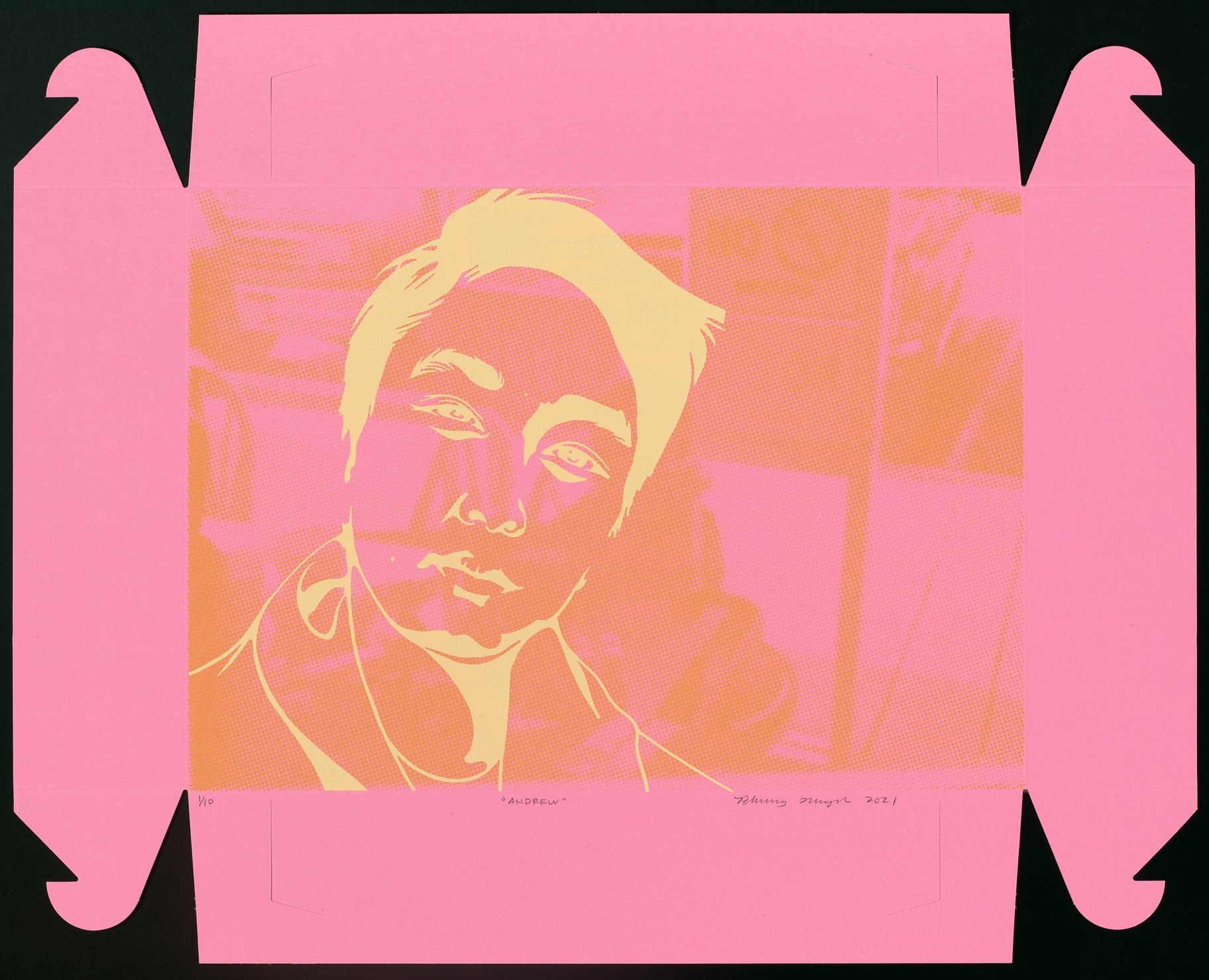 Huynh herself is a refugee. Her father, a survivor of the Cambodian genocide, escaped by biking hundreds of miles to neighboring Vietnam in 1975, where he met Huynh’s mother. Their family fled Vietnam during America’s war there. They landed in a refugee camp in Thailand before making their way to the U.S. – first to Michigan and eventually to Los Angeles. 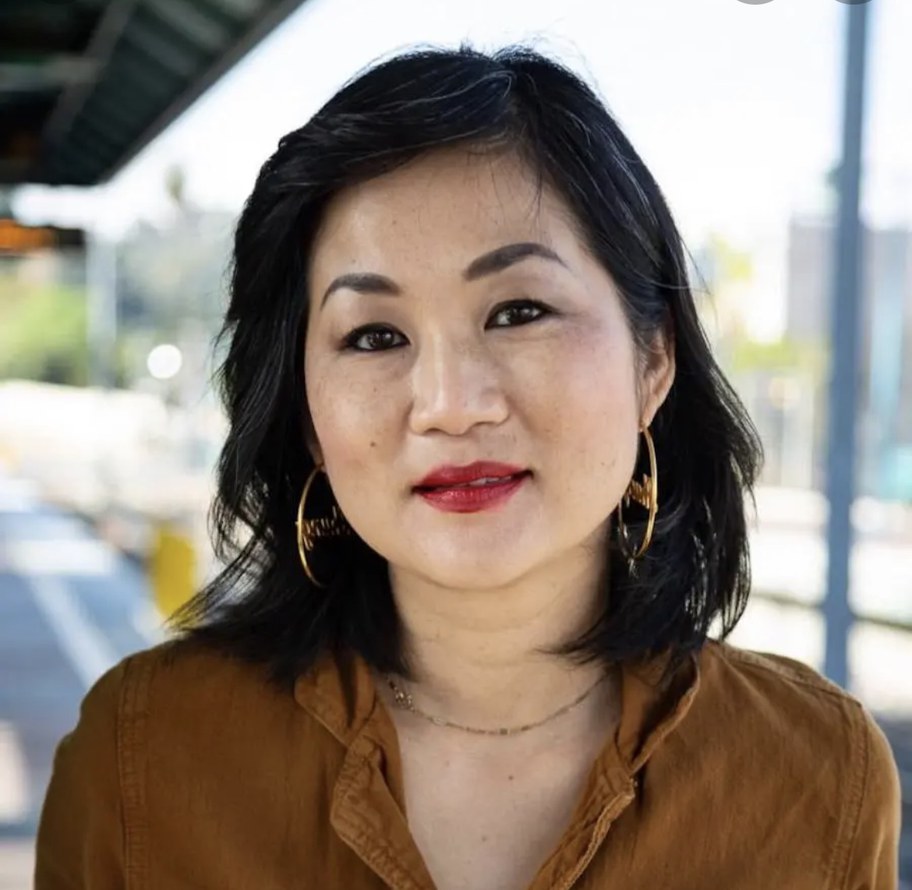 Phung Huynh is a refugee. Her father escaped the Cambodian genocide by biking hundreds of miles to neighboring Vietnam in 1975, where he met Huynh’s mother. Photo courtesy of Self Help Graphics & Art.

In another art piece on display, Huynh depicts LA landmark Randy’s Donuts. In the corner of the piece, she writes, “made by refugees.” She says she wanted to remind viewers “that LA is a host to a rich, diverse place of immigrants and refugees who really built our economy here.” 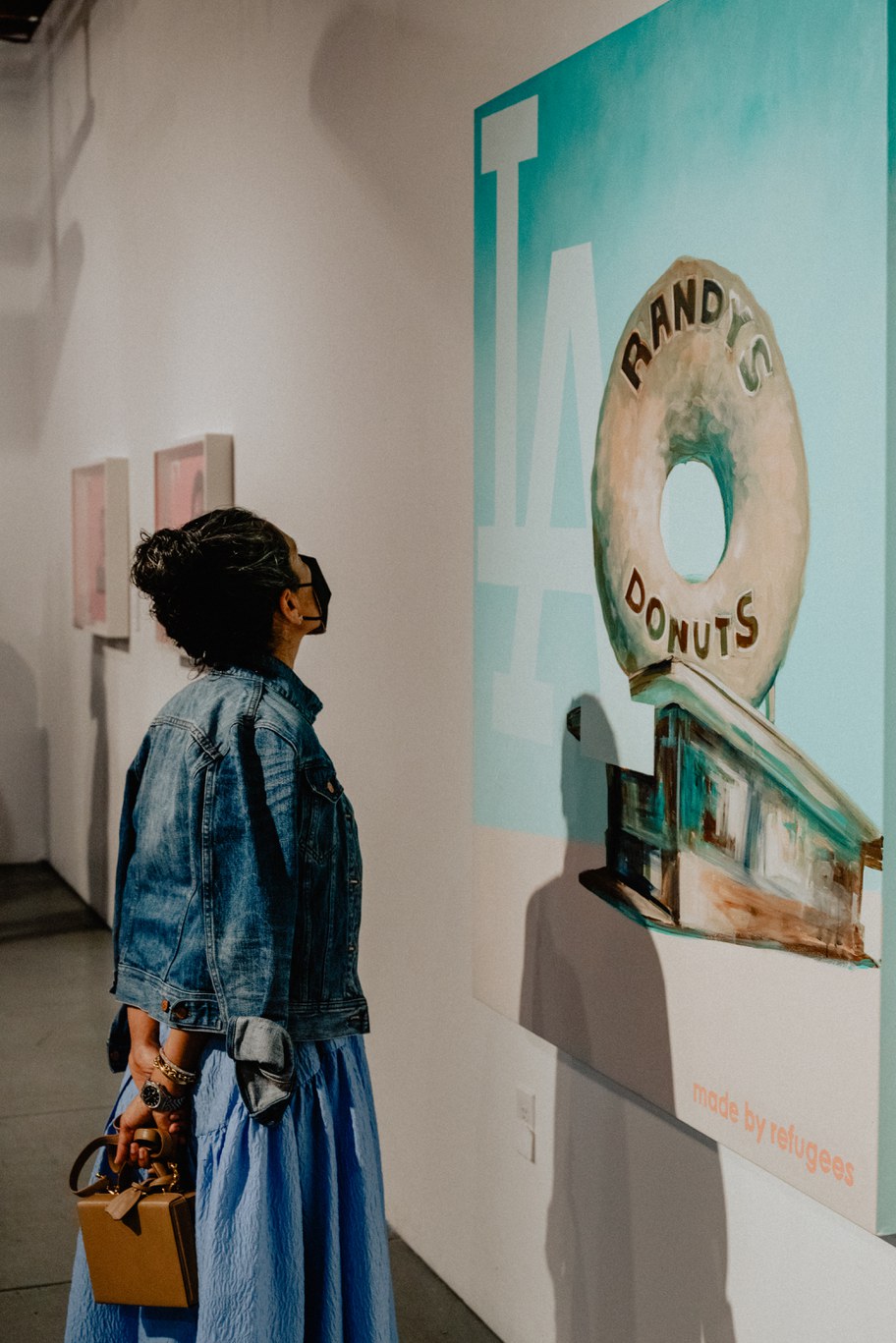 A museum patron studies Phung Huynh’s tribute to Randy’s Donuts and the immigrants and refugees who make LA. Photo courtesy of Self Help Graphics & Art.

“Donut (W)hole” will be on display at Self Help Graphics and Art Gallery through May 27. The public can visit Tuesday-Friday from 10:00 a.m.- 5:00 p.m. Admission is free. Registration is here.

The Kinsey African American Art & History Collection is back in LA. “What we do is about illuminating a fuller scope of Blackness and humanity at large,” says the chief...

High Desert Test Sites’ 2022 biennial is titled “The Searchers.” It features nine artists at various locations in the Mojave Desert.