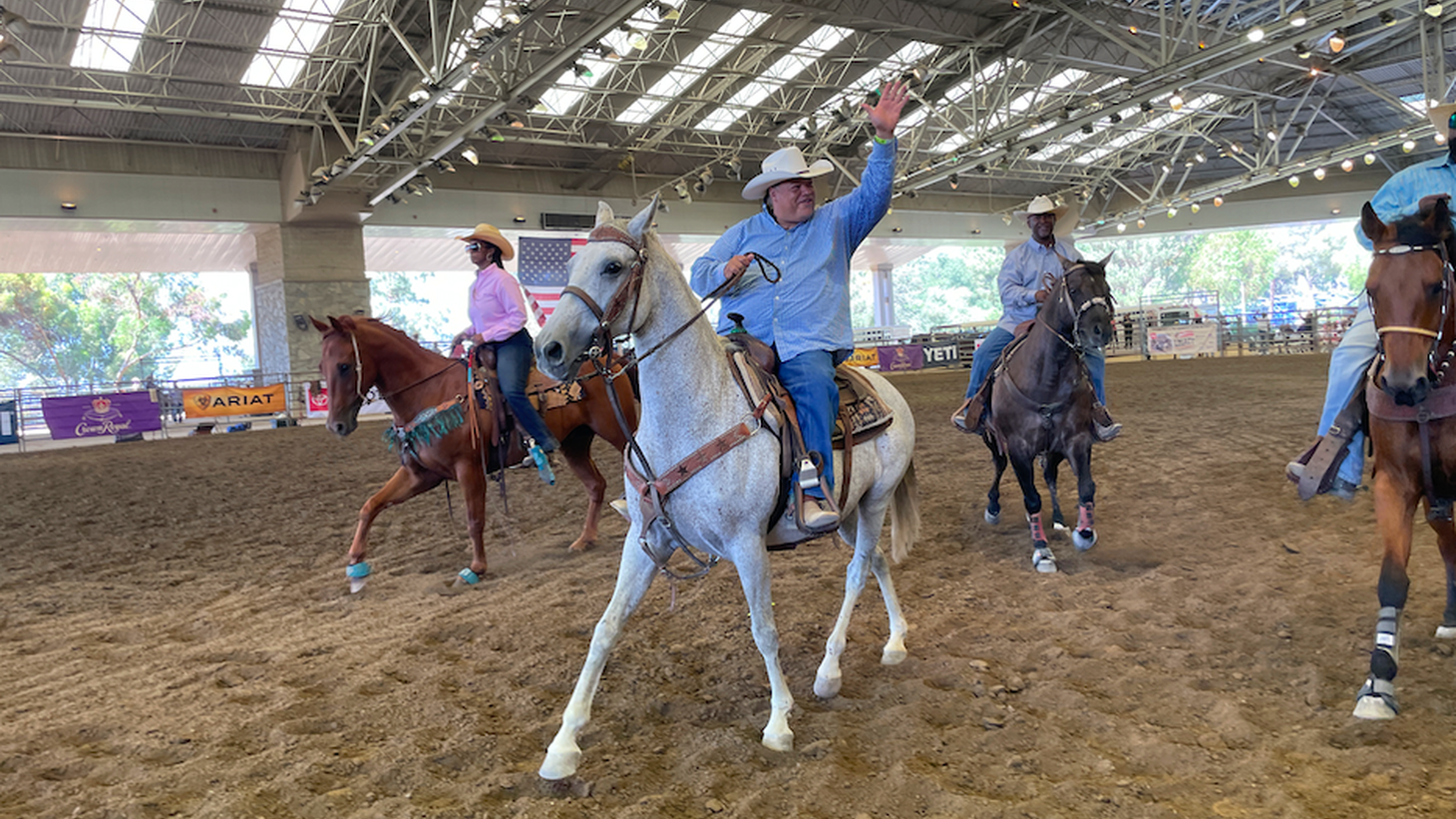 Competitors parade and wave to the crowd before the historically Black annual Bill Pickett Invitational Rodeo starts in LA. Photo by Caleigh Wells.

A sold-out crowd cheers over 2Pac’s “California Love” as dozens of horses and riders parade in the ring at the Industry Hills Expo Center. Bulls, calves and broncos await their events just out of sight.

This is the Bill Pickett Invitational Rodeo, the only national Black rodeo circuit in the country. And it just came back to Los Angeles for the first time since the start of the pandemic.

As events kick off, a cowboy gallops around the ring carrying the pan-African red, black and green flag while a singer in the middle sings the Black National Anthem: “Lift Every Voice and Sing.”

“A Black rodeo is different because we put our culture and our soul in,” says the rodeo’s national development director Margo Wade-Ladrew. “You can go to another rodeo, [but] you won't hear the type of music that you hear at our rodeo. You won't hear the announcers do the same thing that we do at our rodeo.” 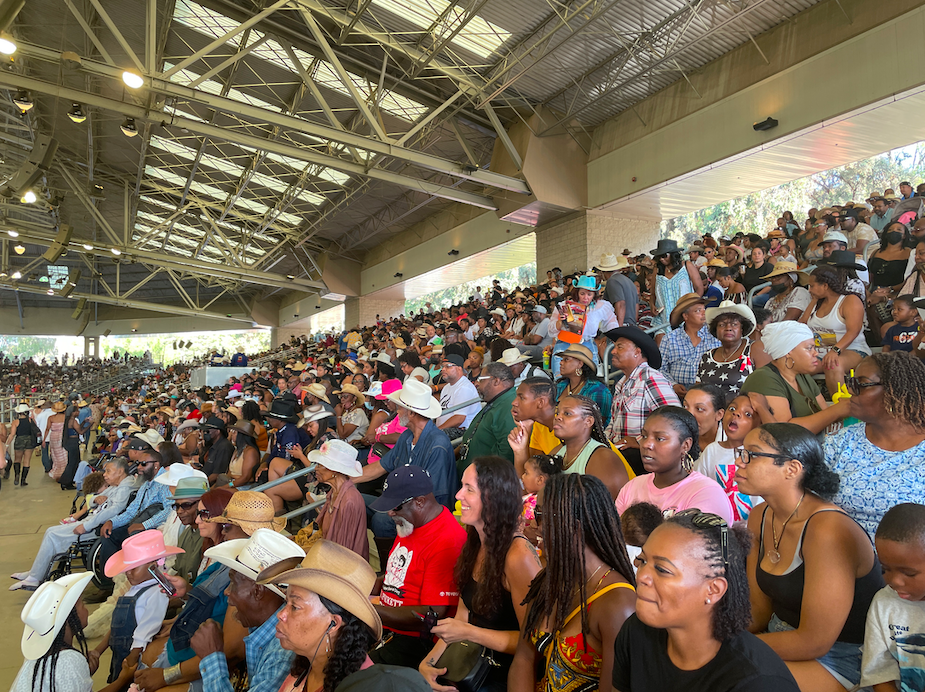 A sold-out crowd of spectators takes in the Bill Pickett Invitational Rodeo in Los Angeles in July. Photo by Caleigh Wells.

Rodeo veteran Wayne Rogers stands by, dressed in a jersey and a cowboy hat, waiting for the next event. “I protect the bull riders from the bull. I make the bull come to me so they don't get hurt,” he says. He darts into the ring to untie a cow and usher it out of the ring before sharing more of his story.

Rogers says he used to be a bull rider but wasn’t that great at it. Then one day, a bullfighter cracked his pelvis, giving Rogers a shot at being a bullfighter himself. That was 21 years ago. 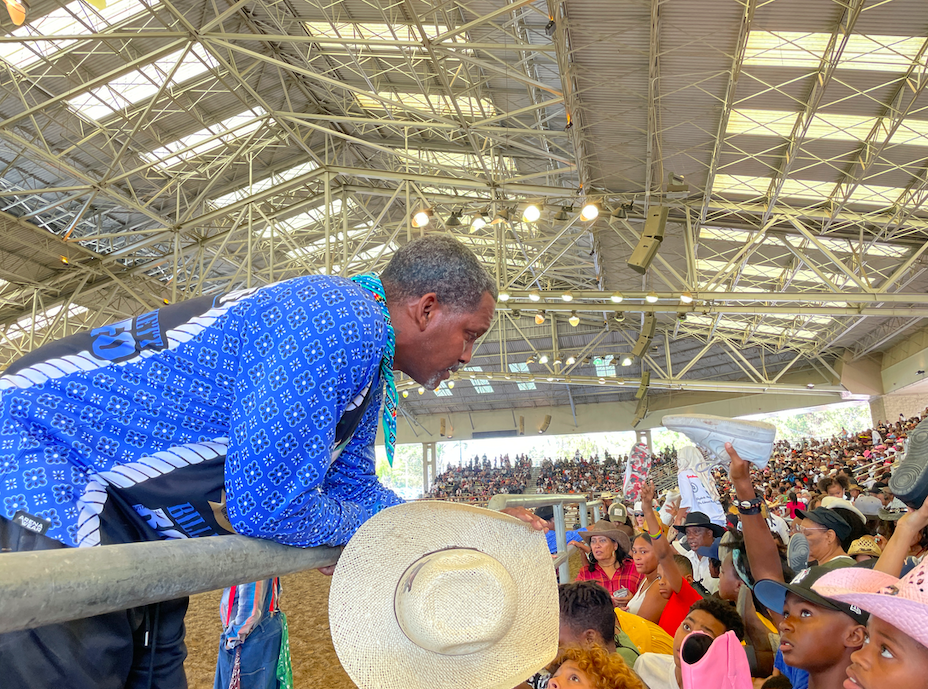 Wayne Rogers gathers young spectators for the “Boot Race.” Rogers puts their shoes in the middle of the ring, and then kids race to find their shoe, put it on, and run to the finish line. Photo by Caleigh Wells.

“It’s a blessing, because African Americans rodeoing came a long way,” he says. “We’re all sitting and cheering for each other regardless of race.”

This idea of a Black rodeo was born in the 1970s, when a Black marketer named Lu Vason went to a rodeo in Cheyenne.

“He saw that there were no Black cowboys,” says Wade-Ladrew. “And he said, ‘Wow.’ Because it seemed like there should have been some Black cowboys.”

Vason did some research, and learned about a famous turn-of-the-century Black cowboy named Bill Pickett, who invented steer wrestling, which involves chasing a cow on horseback and then leaping from the horse onto the cow and wrestling it to the ground.

In 1984, Vason created the first ever Bill Pickett Invitational Rodeo in Denver with Pickett lending his name. Today it reaches more than 130,000 spectators nationwide. Last year was the first year it was televised nationally. 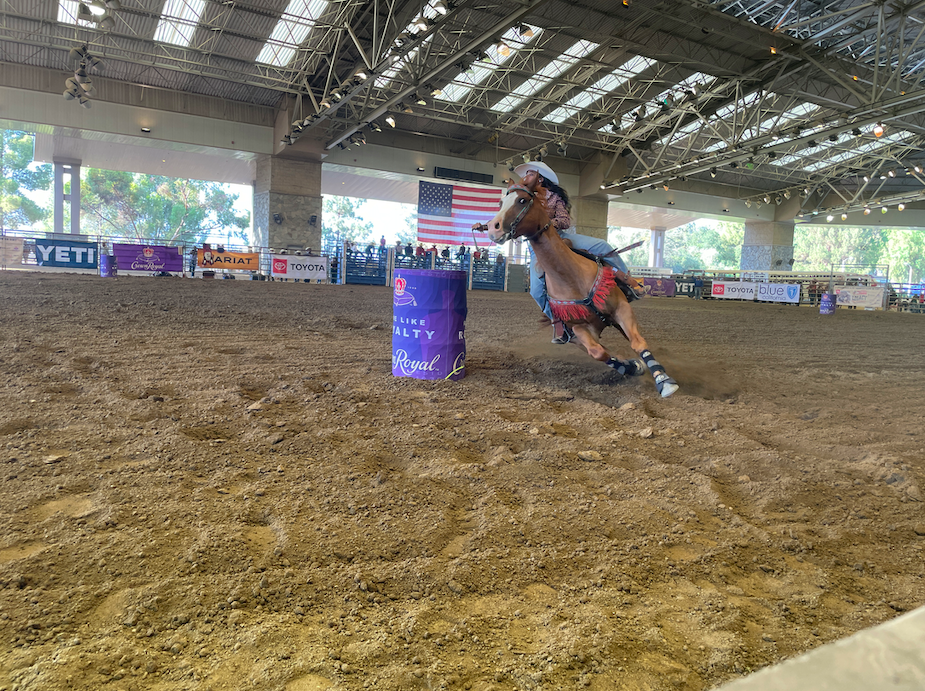 A cowgirl gallops around the first of three barrels in the Ladies’ Barrel Racing event. Photo by Caleigh Wells. 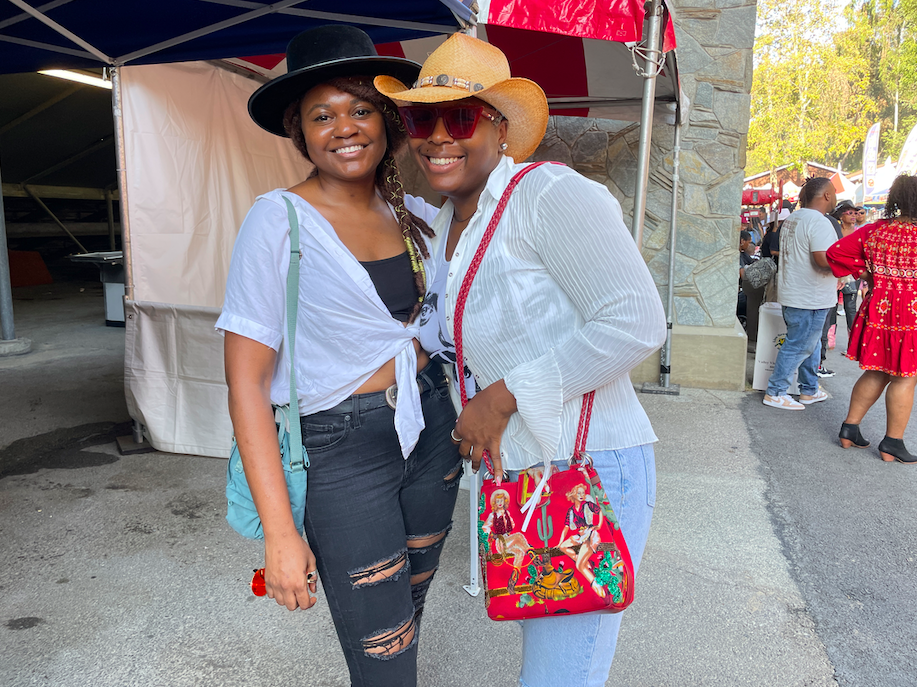 Tori Elliott and Leah Jackson bought tickets to their first Bill Pickett rodeo after finding out about it on social media. “It just feels so comfortable,” says Jackson. “I feel like we really belong and kind of fit in here.” Photo by Caleigh Wells.

It’s the seventh or eighth time Robert Miller has come to this rodeo, and he says it’s more packed than he ever remembers. Now he’s bringing his daughters too, who are hanging out in a double-wide stroller. 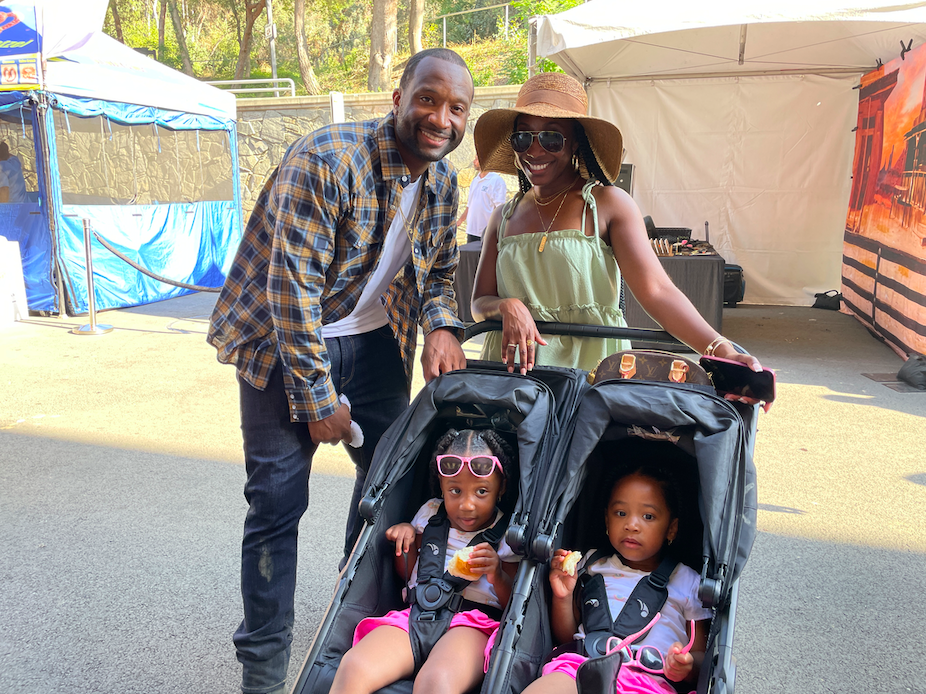 Robert Miller says he brings his daughters to the rodeo to pass on his love of horses to them. Photo by Caleigh Wells.

“I mean, it’s traveling Black history. … It's like traveling culture. That's what that's what it means to me,” he says. Miller grew up in Compton and says it was his older neighbor’s horse who saved him.

“I wasn't a model citizen coming up. And he noticed I have more potential. So the responsibility he gave me was a young colt,” says Miller. “I raised it. I trained it. I had to feed it. I had to take care of it. And now I'm here just trying to pass on [my love of horses], pass it on to my babies.”

“I have the most space to make the biggest impact right here, because these kids look like me, they look up to me, and a lot of them know me. I'm in their neighborhood. They could come touch me,” he says. “So I just be really trying to show them that you can. It’s possible, whatever it is you want to do.”