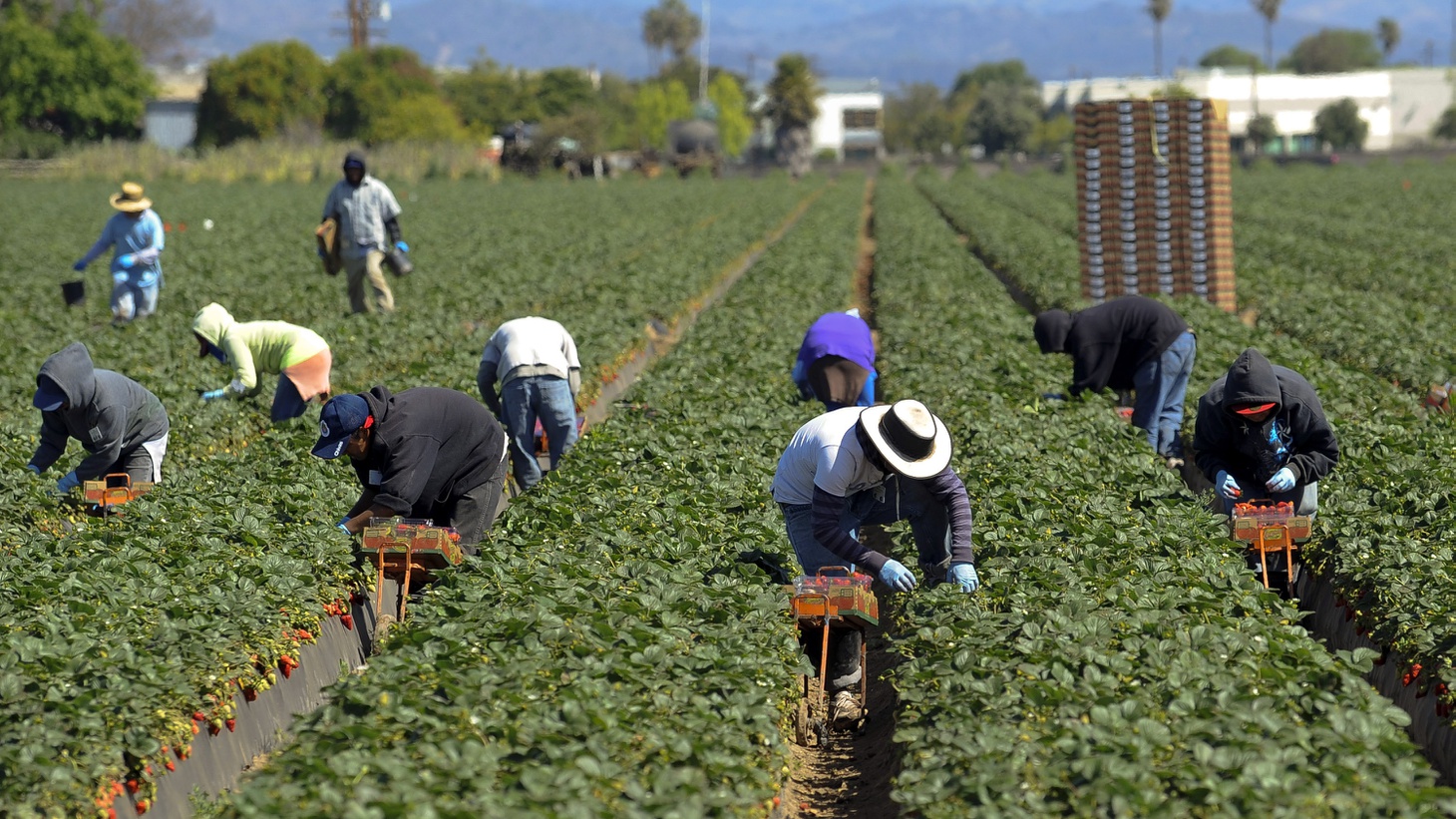 Farmworkers are picking strawberries in Oxnard, CA. The coastal city is 60 miles north of Los Angeles and is the largest producer of strawberries in the state. Photo by Gus Ruelas/REUTERS.

Farmworkers in Oxnard are increasingly finding it difficult to secure affordable housing, and for some, like Flor Yasmin Alvarado Guzmán, rising costs have priced them out of the city altogether.

“Rent is too expensive for the salary farm workers earn,” says Guzmán. She and her husband both made around $14 an hour as field workers in Oxnard, picking produce like strawberries and tomatoes. 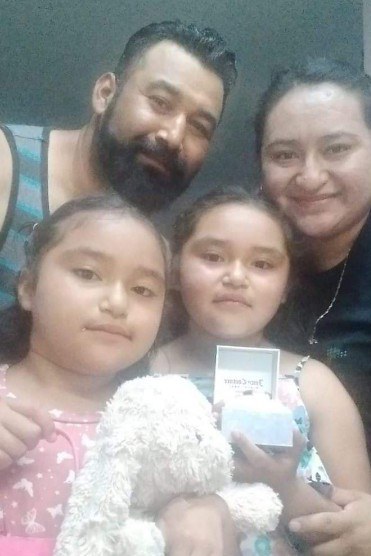 Miguel and Flor Yasmin Guzmán moved to Bakersfield with their daughters Alexa and Allison because they could no longer afford rent in Oxnard. Photo courtesy of Flor Yasmin Alvarado Guzmán.

On that income, she, her husband, and their 6-year-old twin daughters could afford a two-car garage that was converted into a studio apartment behind a single-family home in Oxnard. Rent was $1,200 a month.

They were making it work, but then in December 2021, Guzmán lost her job. A month later, her landlord said rent was increasing to $1,400 a month to cover their increased use of water and electricity. “It was too much for me,” says Guzmán. Out of options, she and her husband moved their family 120 miles north to Bakersfield.

“To give my daughters adequate housing, I had to leave,” she says.

California’s affordable housing crisis has been brewing for decades, hitting those on the bottom of the socio-economic ladder first. Ventura County, the state’s largest producer of strawberries, also has one of the highest levels of rent burden, putting a strain on the county’s workers at the heart of the local economy.

Local activists have been working to ease the pressure on renters in Oxnard. In May, a number of local organizations successfully pressured the city of Onxard to pass a yearly rent increase cap of 4%.

“Unfortunately it's a fight we're still in,” says Claudia Quezada, an organizer with the nonprofit Lideras Campesinas, which advocated for the rent cap. The new protections only apply to apartment buildings built before 2007, and it excludes newer apartments, single-family homes, accessory dwelling units or dormitories. It doesn’t help families crowded into single-family homes, or people like Guzmán who rented an unpermitted garage studio.

Since moving to Bakersfield earlier this year, Guzmán has found work picking grapes. She rents a two-bedroom mobile home for $725 a month, just over half what she would have to pay for the garage in Oxnard. But Oxnard was her home for 17 years, so “sometimes I feel sad and I would like to return,” says Guzmán.

Living in Oxnard was like a dream, she says. There was nice weather and it was close to the ocean. She also had a real sense of community there. Her mother, sister, brother and uncles all live there, and she was a leader in the farmworker community. After work she would go out in the neighborhood and disseminate information to other farmworkers.

In Bakersfield, she hasn’t made any friends and sometimes doesn’t feel safe, Guzmán says. She’s questioning whether she will continue working in the fields because of Bakersfield's punishingly hot summertime temperatures.

If she ever got the chance to move back to Oxnard, she would, Guzmán says. For now, she has weekends there. She and her husband make the two and a half hour drive to sell fruit in Oxnard and see her mother.

“We deserve decent housing,” says Guzmán. But to have that in her hometown of Oxnard, the cost was just too high.

In Oxnard, some residents are pushing for the development of new housing, while others are against it. With a higher cost of living, farmworkers in particular must live in...

Ventura County has one of the highest rent-to-income ratios in the state, forcing some low-paid farmworkers to move.