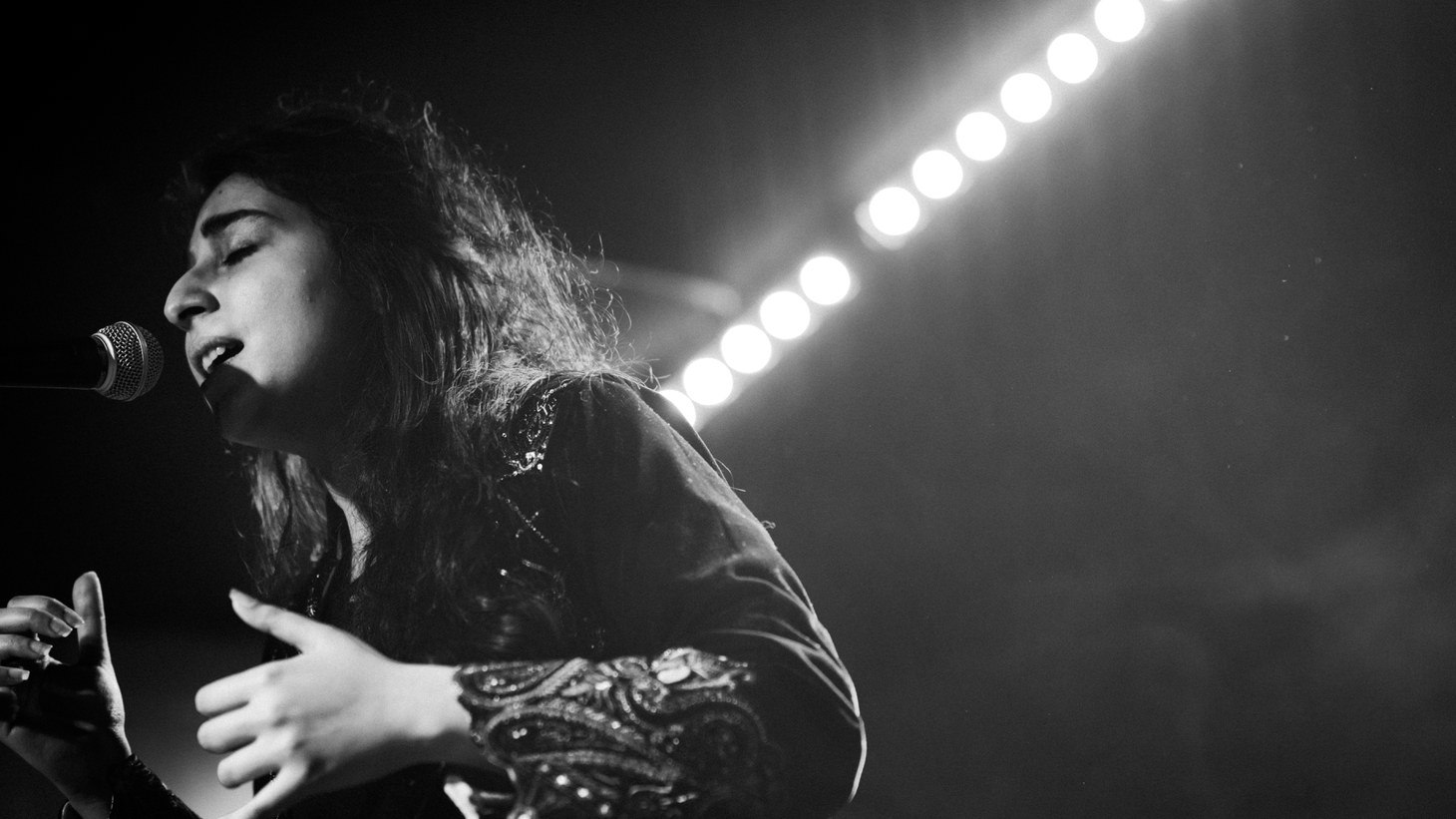 “You get to go places sonically where you wouldn't in a closed, very sterile controlled space that is the studio,” Aftab says of playing live on tour. Photo by Soichiro Suizu.

This weekend, the Broad in downtown LA is wrapping up its series “Now We’re Here,” in which artists reflect on and respond to the museum’s exhibition titled “This Is Not America’s Flag.” Headlining the series’ last performance is Arooj Aftab.

The last time Aftab was in LA, she collected a Grammy for Best Global Music performance for her song “Mohabbat,” a piece she’d long toiled over. “It had taken on so many different forms in the past five or six years to finally be what it is right now.”

She says her Grammy win was meaningful, as was her nomination for Best New Artist. “I felt [with] that kind of inclusion, they're not just saying, ‘Okay, you are a great Pakistani American artist who can have this global music performance award.’ They were like, ‘You actually belong in our Best New Artist category.’ And that was very overwhelming and beautiful for me.”

Beyond performances, The Broad’s event includes access to their exhibit, “This is Not America’s Flag.” Aftab says the title “doesn't really sing to me, but what does sing to me is presenting an art that is very personal. … I studied jazz, and I live in New York, and I come from Pakistan. And so all of those things melting into one pot, and putting out the music that I do, I think is very relevant to the programming.”

Aftab has been touring the world this year with her album “Vulture Prince,” an experience she says is unparalleled. “[Playing] live is one of the most exhilarating experiences. It transforms the album itself. … The music becomes this whole other thing by the end of the tour.”

For this weekend’s event, she will be playing with her five-piece band that includes harp, synth, acoustic guitar, bass, and violin.

“These conversations should continue to happen,” Aftab says of “Now We’re Here.” “Audiences and listeners and people who absorb art in general and like to have this type of discourse — are growing their minds too. And I think it's all moving in a really good direction.”