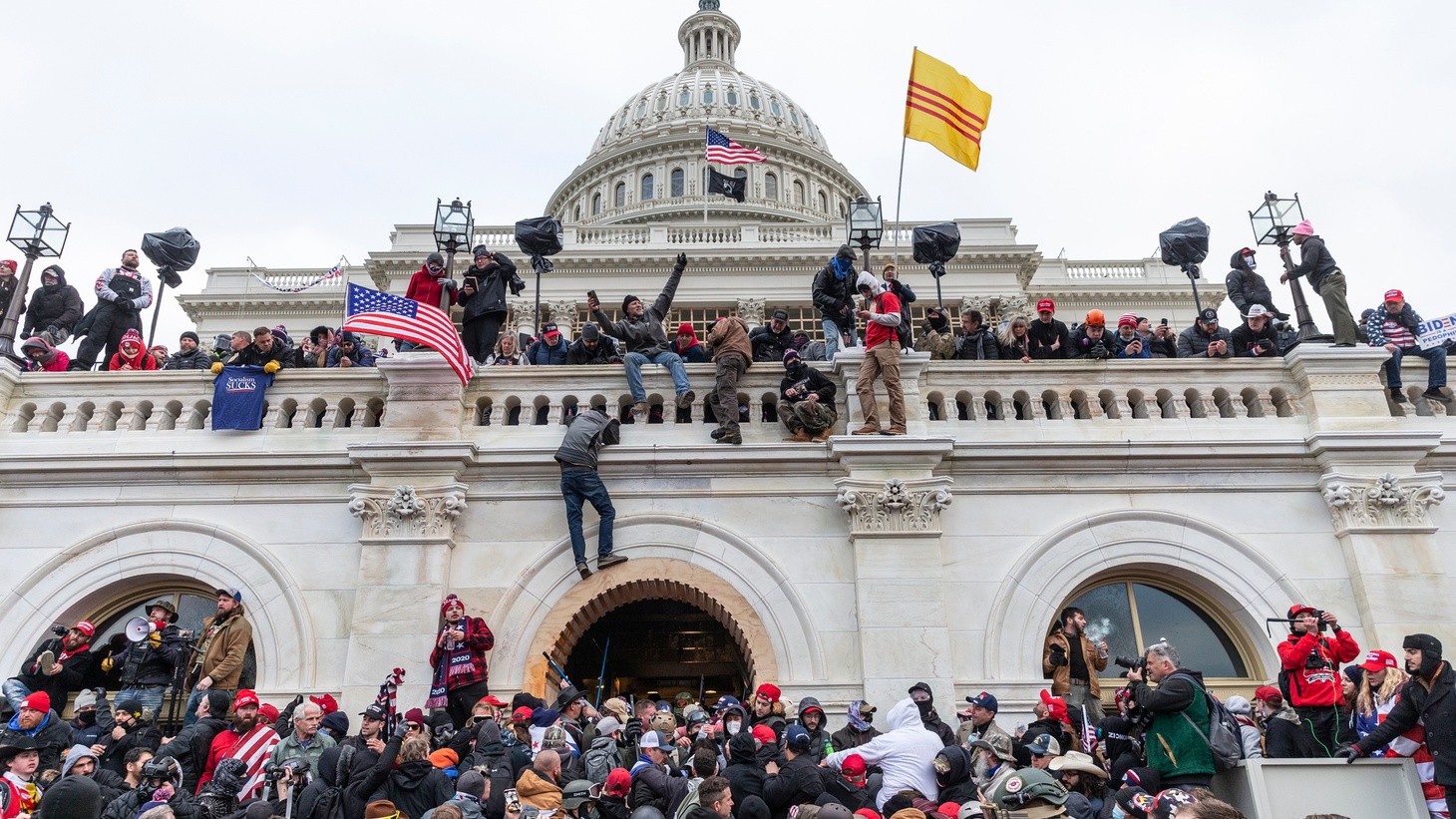 Rioters scale a wall of the U.S. Capitol on January 6, 2021. Photo by Shutterstock.

A year ago today, thousands of pro-Donald Trump supporters illegally entered the U.S. Capitol to stop Congress from certifying that Joe Biden won the 2020 presidential election. More than 700 of them have been charged with crimes, including a couple dozen Southern Californians. The insurrectionists aimed to “stop the steal” of the election, but many ended up making plea deals with federal authorities. Where do those cases stand now?