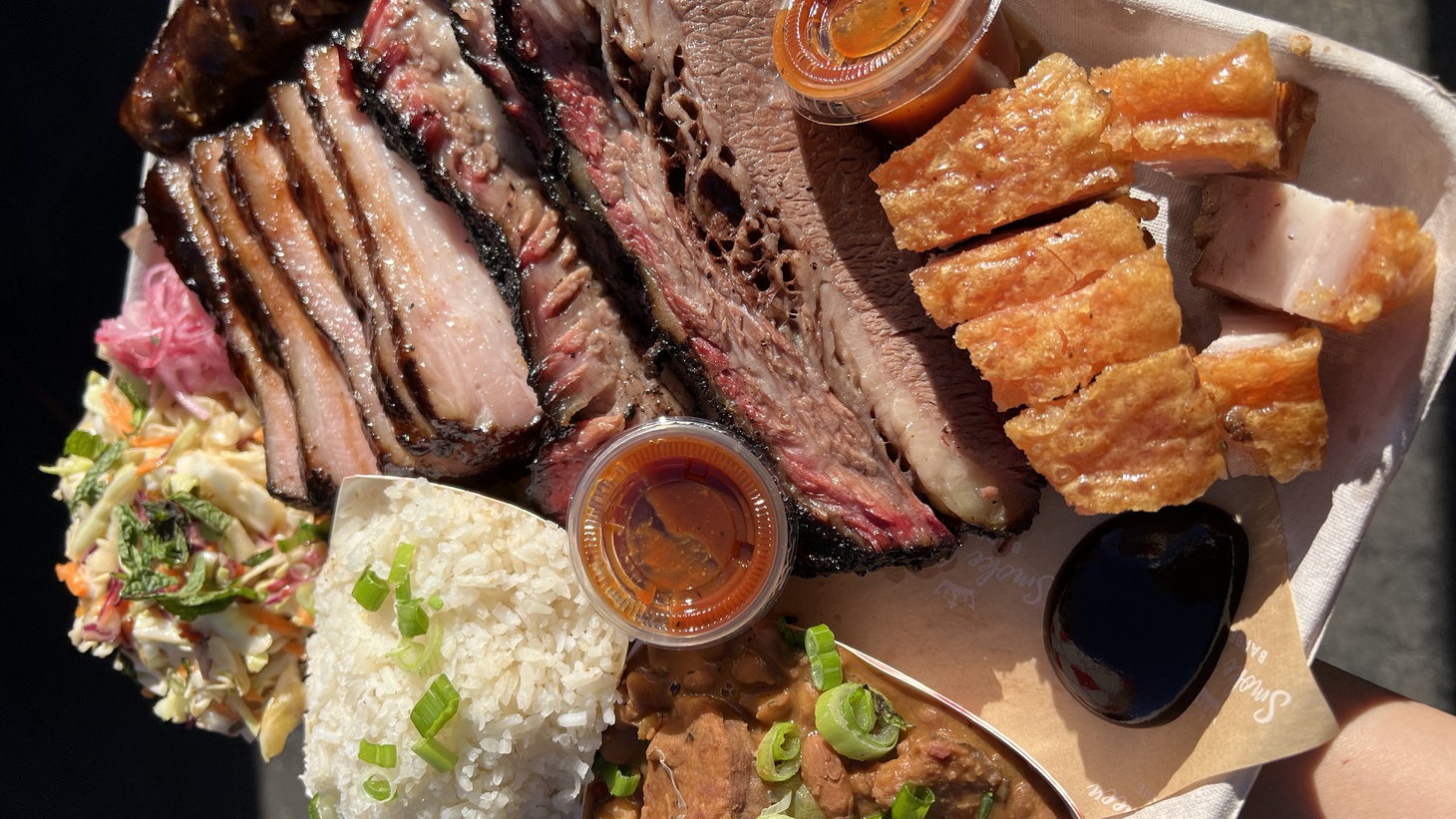 “In a very male-dominated field like barbecue, it’s really nice to see someone who is a woman dominating the space,” says Mona Holmes of OC Smoke Queen. Photo courtesy of the OC Smoke Queen.

Despite the pandemic and its hardships on restaurants, there are a lot of new restaurants expected to open later this year. Eater LA’s Mona Holmes gives a rundown of the hotly anticipated spots.

Fine-dining chef Ronnie Muñoz found success during the pandemic with a fried chicken truck and pop-up, and he’s now taking over a space in Hollywood that will house three restaurants. Ronnie’s Kitchen + Cocktails will be an expansion of the pop-up, alongside Bestie Burgers and an upscale-casual Mexican spot called Todos Santos.

“It’s ambitious but I believe this 25-year-old chef can pull it off,” says Holmes.

Chef Lincoln Carson closed Bon Temps in downtown LA’s Arts District shortly after opening because of the pandemic. Carson has plans to open Mes Ami in February in the Thompson Hotel.

Holmes says this is a place to check out because “this guy is well seasoned and knows what he’s doing.”

Niki Nakayama and Carole Iida-Nakayama founded n/naka in 2011 and they’ve earned a Michelin star and an appearance on Netflix’s “Chef’s Table.” Holmes says it was tough to get a table at n/naka pre-pandemic.

“But here at n/soto, when it opens this spring, they’ll do that same high level of curation that they’re really well known for, but at a more reasonable price, which is great for someone like me who doesn’t have a huge budget to dine out at but wants to taste really good food.”

“Standing’s Butchery is a popular spot on Melrose,” says Holmes, “And this year, they’re coming to Venice. … They’re going to have a daytime menu, breakfast, and I can only imagine it’s going to be great.” The butcher shop will share the space with Salt’s Cure.

Winnie Yee-Lakhani’s barbecue shop will open in late 2022 in Garden Grove. “She’s doing something really special,” says Holmes. “And in a very male-dominated field like barbecue, it’s really nice to see someone who is a woman dominating the space.”

A wildlife crossing over the 101 freeway is about to break ground just as new research shows LA’s mountain lion population is likely 12-15 years away from extinction.

In-person classes resumed at several UC campuses this week, but some students are pushing for a permanent hybrid learning option.

A slate of new SoCal restaurants will debut this year. KCRW gets a rundown of the hotly anticipated spots that serve burgers, barbeque, Japanese fare, and more.