Matthew Domenico and Katherine Connor Duff began writing “The Ninth Door” in 2018, a play they hoped would help veterans prepare for the end of the Afghanistan War. But they had no idea the actors would be in rehearsals as their script was becoming reality.

“In the middle of production, all of this happened,” says Domenico, referring to the U.S. exiting Afghanistan. “Veterans are going through that post-Vietnam phase right now. Like, what was it all for?”

A veteran himself, Domenico and his partner Duff founded the Foxhole Theater Company to bridge the gap between veterans and civilians, and bring stories that challenge stereotypical views of the military community. 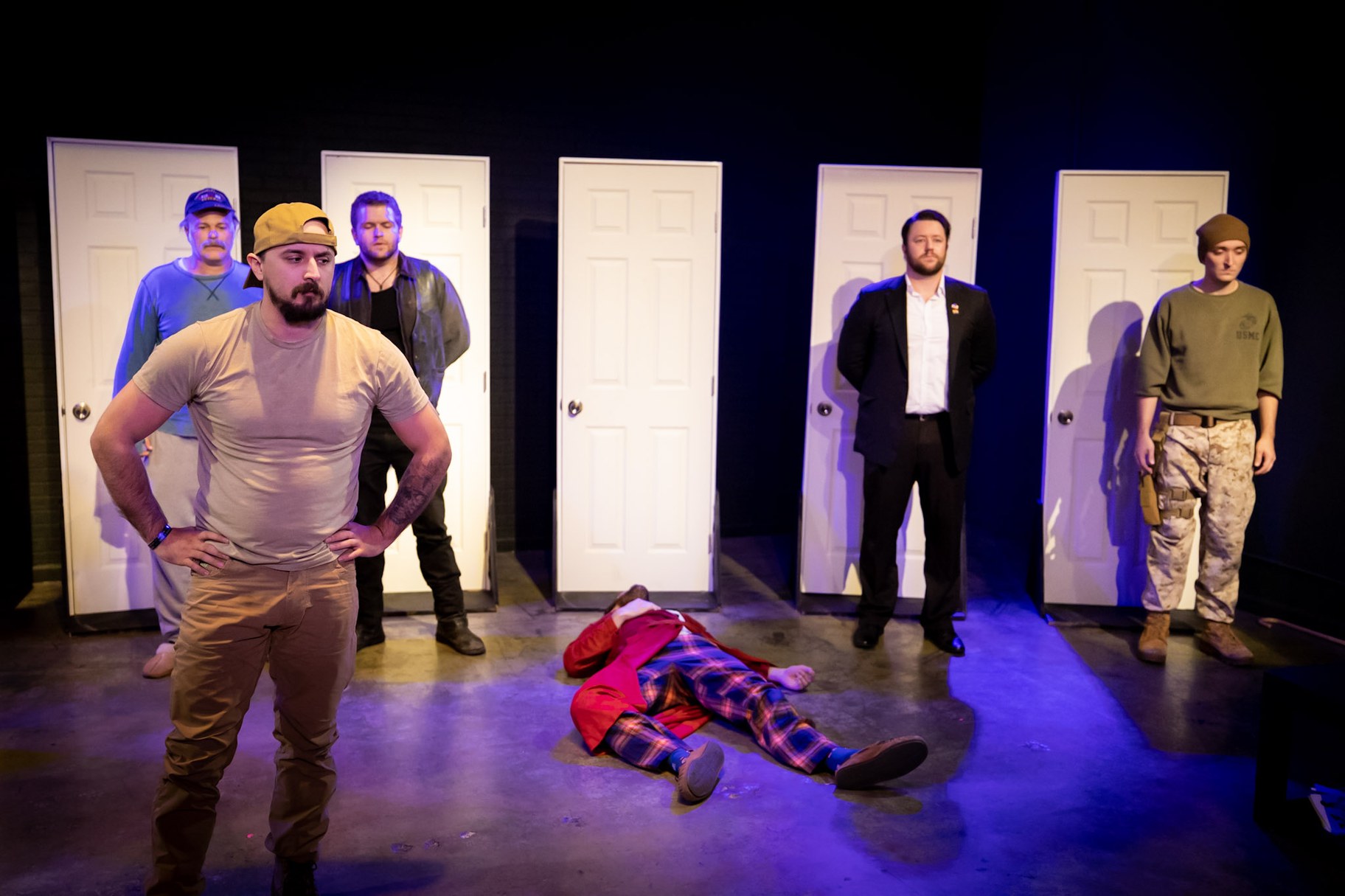 In the play, which premieres tonight at the Actors Company in West Hollywood, nine deceased members of a squad in Afghanistan meet again in a mystical place to complete one last mission.

Domenico hopes it will help civilians understand how veterans are feeling as the war ends, and give veterans a sense of pride and purpose.

“So many veterans feel like it was all for naught, when in fact I think there were a lot of good things that happened over there,” he says. “A lot of men and women need to be reminded of that.”