Camila Perry, owner of The North End Hollywood, stands behind her bar as she prepares to open for the evening. She’s among the hundreds of small business owners who will be required to enforce a vaccine mandate starting next week. Photo by Benjamin Gottlieb.

Gus Renaud has required customers to provide proof of vaccination to sip wine at his Sherman Oaks wine bar since August. He says his customers wanted it.

“We were hearing some of [our customers] were waiting to come back without it,” says Renaud, co-owner of Augustine Wine Bar.

Now, other business owners can only hope their customers and employees are as supportive of vaccination as Renaud’s.

Beginning October 7, everyone who enters a bar, wine bar, brewery, lounge, or nightclub will be required to show proof of at least one COVID-19 shot. Full vaccination will be required by November 4.

The LA City Council, meanwhile, is close to passing a sweeping indoor vaccine mandate for a host of other businesses, including barbershops, nail salons, gyms, and restaurants. The council could pass that measure as soon as next week.

Augustine Wine Bar did get some negative feedback. Renaud says, “We were called Nazis. It was referred to as segregation by a white man, side note, asterisk. But, yeah, we got all sorts of stuff.” He had hateful messages on his wine bar’s social media accounts and some even called the health department to complain.

But Renaud feels overall he made the right call. “It’s the same thing as saying, ‘no shirt, no shoes, no service.’ We are a private business. We have the right to say that. And at the same time, it’s the right thing to do.” 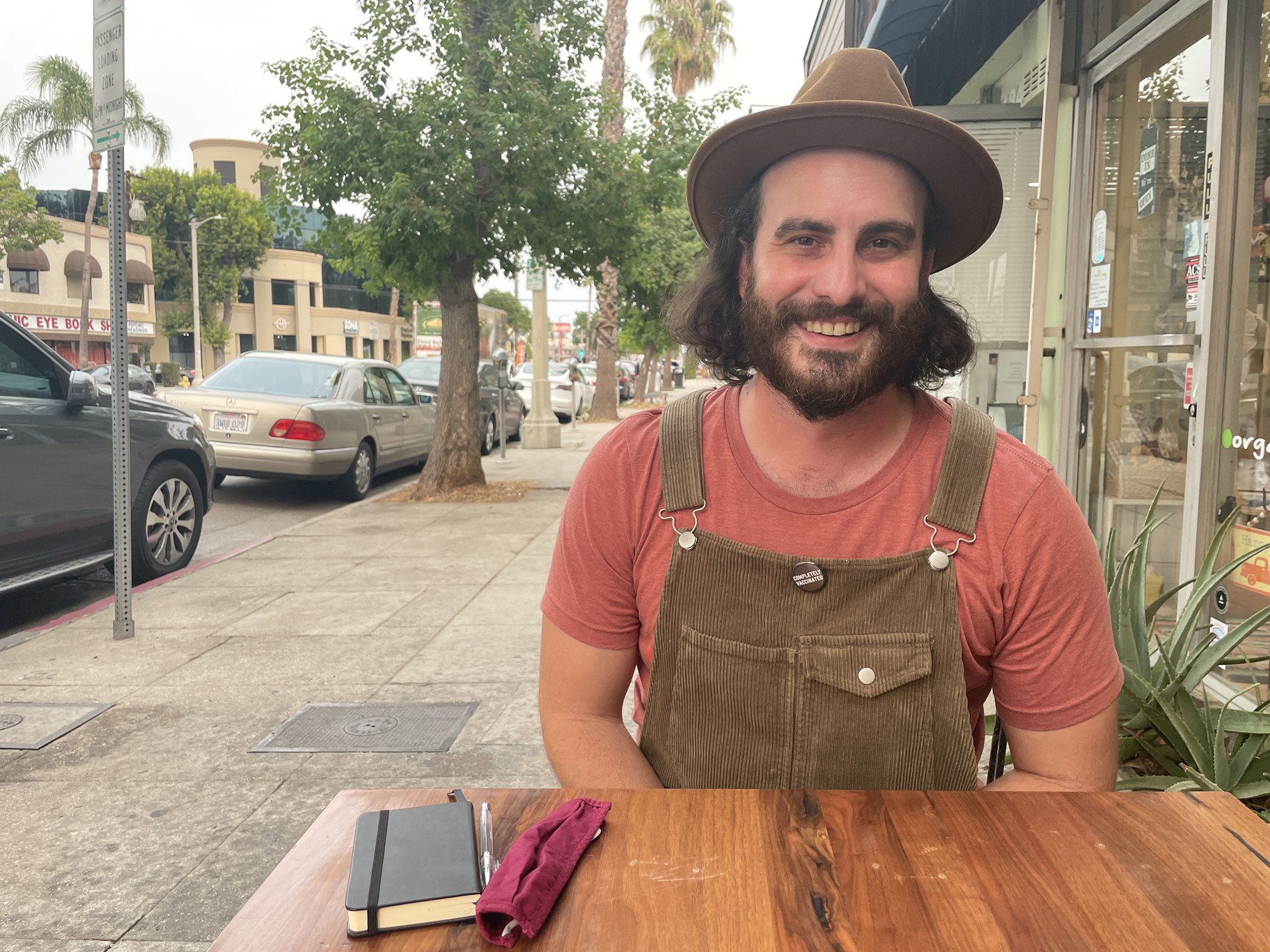 Gus Renaud sits outside Augustine Wine Bar on Ventura Boulevard in Sherman Oaks. His business has required proof of vaccination to sit inside since August. Photo by Benjamin Gottlieb.

Things have since smoothed out at Augustine Wine Bar, Renaud says, when it comes to enforcing the mandate.

But not every small business owner is lauding the new LA County Department of Public Health requirements.

Several business owners that KCRW has checked in with during the pandemic say they do not plan on enforcing any vaccine mandate on employees or customers, but declined to go on-record about their decision.

Others like Camilia Perry, the owner of The North End Hollywood, are planning to comply with these new orders, but admit things could become difficult.

“We have a bartender that has told me she doesn’t want to get vaccinated,” Perry says. “Now we're in limbo, like, are we going to hire someone before October 7? It’s not a fun thing because it was hard. We've hired and fired a lot of people since we reopened.” 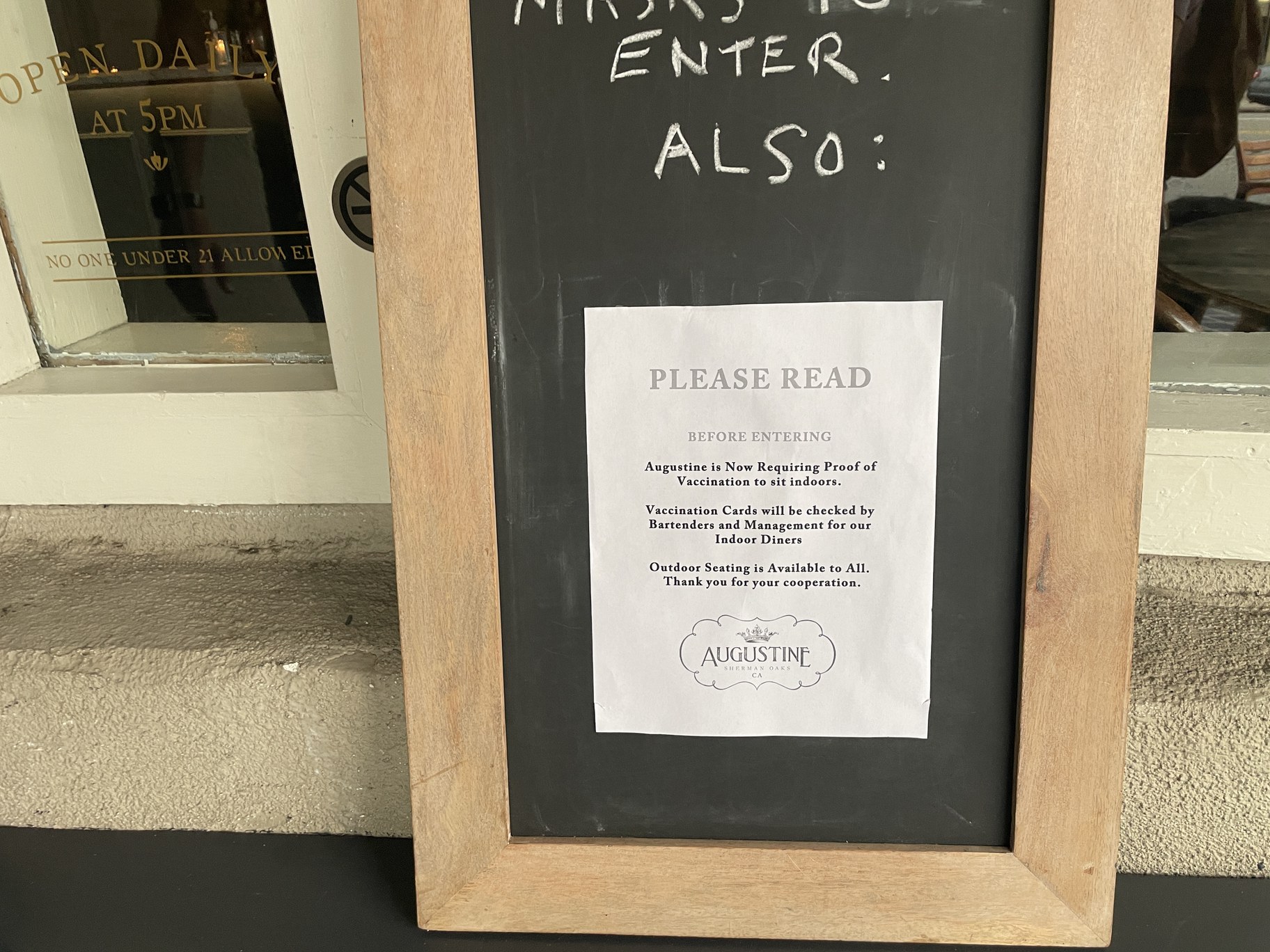 Complicated matters even more, Perry says, is the fact that she’s not vaccinated herself. She’s not anti-vaccines, she says, but is pregnant and wants to wait until after she has her baby.

“My doctor says wait until the second or third trimester, but after having several miscarriages, I just want to be safe,” Perry says, with a band-aid on her left arm. She had gotten a flu shot earlier that day.

Under LA County’s rules, Perry won’t be able to enter her own bar if she’s not inoculated against COVID-19.

But whether or not the county can enforce these rules is a big unknown. 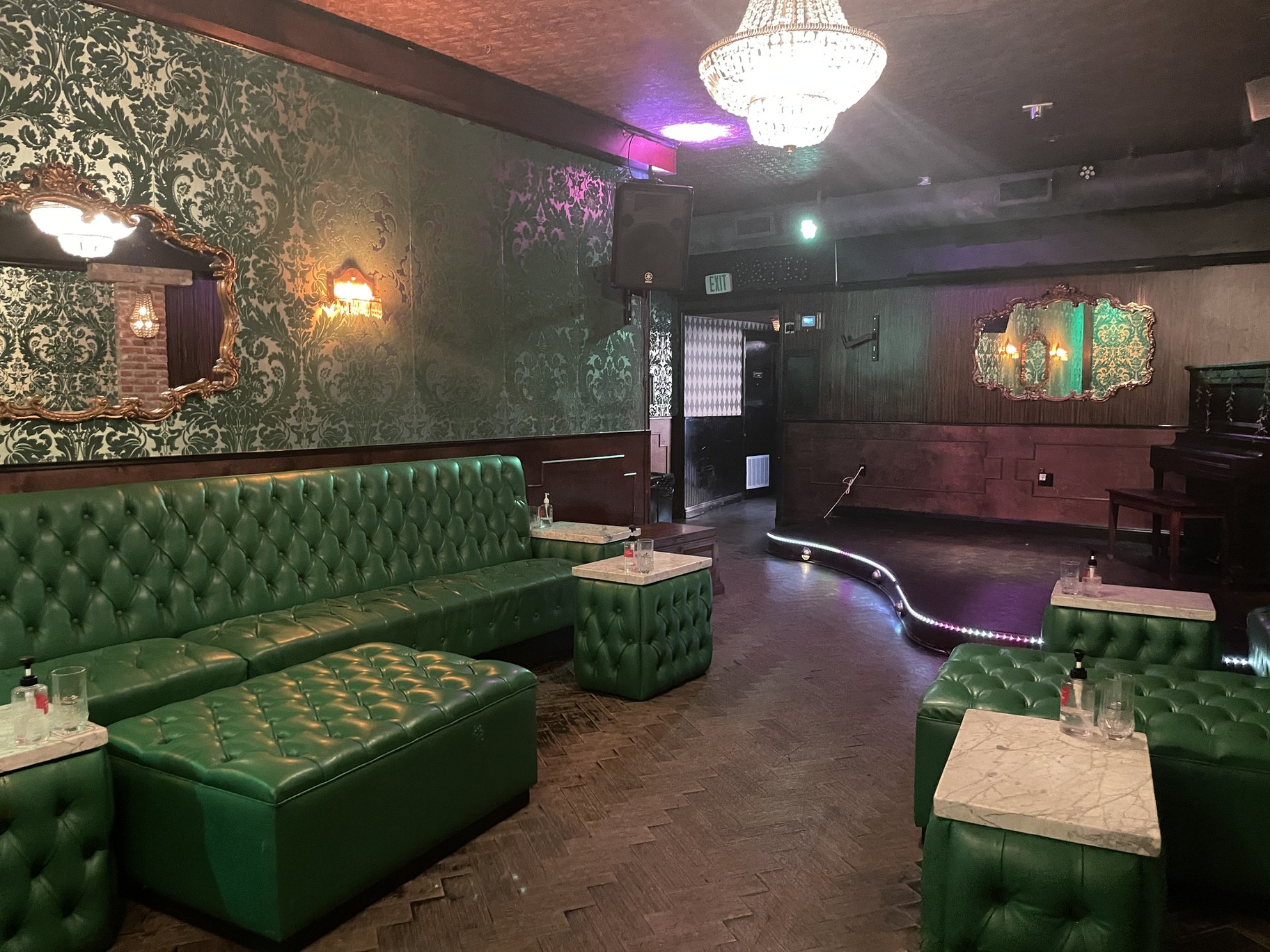 “Given the number of businesses that operate across the county, we issue very, very few citations,” says Barbara Ferrer, director of LA County’s Department of Public Health. “And those really are for places that are flagrantly defying over time.”

In other words, enforcement will be reserved for the more vocal, egregious offenders, while those who keep quiet may be able to fall through the cracks.

Beginning October 7, everyone who enters a bar, wine bar, brewery, lounge, or nightclub in LA County will be required to show proof of at least one COVID-19 shot. Full...

“ Immaculate Misconceptions ,” a new art exhibit at the JOAN gallery in downtown LA, features the work of Pippa Garner, a combat illustrator in the Vietnam War who now lives...