A rendering of the redesigned Hollywood and Highland retail and entertainment center, which will be called Ovation. Photo courtesy of DJM Capital.

For many years, visitors often thought of Hollywood as a place of glitz and glamour. But locals knew it as a seedy area with dive bars, tacky lingerie stores, and drug dealing.

Then a big new mall opened at Hollywood and Highland in 2001, complete with white elephants on columns, a view of the Hollywood sign, and a new theater for the Oscars. There were high hopes that the mall would improve the area. The quota of dive bars — and drug dealing — went down. But the mall itself hasn’t done so well. 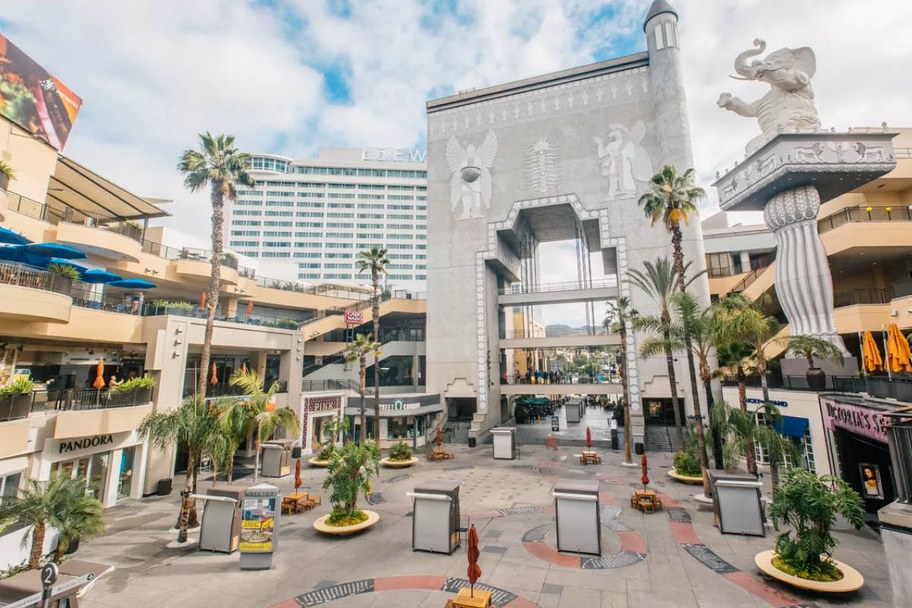 In 2001, a new mall opened at Hollywood and Highland, complete with white elephants on columns. Photo courtesy of DJM Capital.

Last year, investors DJM Capital and Gaw Capital bought Hollywood and Highland. They’re the third group of new owners in less than 20 years. And the purchase came at a time when malls and brick and mortar retail were struggling.

DJM Capital, headquartered in San Jose, specializes in taking over so-called underperforming retail centers and figuring out the right mix of stores, programming, food, and public art to make them buzz. One of their other acquisitions is The Runway at Playa Vista.

Gaw Capital is helmed by Goodwin Gaw, who is based in Hong Kong. He has invested in several historic properties in LA, including the Roosevelt Hotel in Hollywood and the Bradbury Building in downtown.

Dan Lee, Managing Director of Gaw Capital in the U.S., told KCRW’s Frances Anderton, “We love this idea of finding challenging properties, where through design, through activation, and through kind of a little bit of soul creating, we can really turn it around.”

Stenn Parton, Chief Retail Officer at DJM, points out that Hollywood and Highland is one of the most important intersections in LA, with 25 million visitors passing through.

Now the new owners are working with the architecture firm Gensler. Instead of retail on the top two floors, there will be offices. They also plan to clean up all the signage and make it easier for visitors to orient themselves. They will change the name of the complex to Ovation. 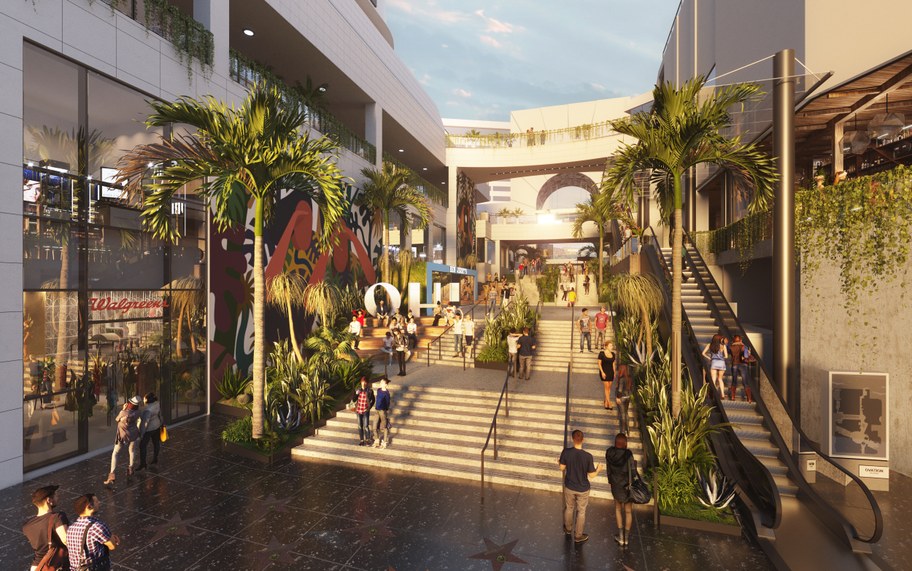 A rendering of Ovation, with a large staircase, escalator, and lots of greenery. Photo courtesy of DJM Capital.

David Glover is with Gensler, and he told Anderton that they want this place to not just be about consumption. “It's becoming a new hybrid. It's not simply a kind of place for consumerism. It will be a place to work. It will be a place that you can bring your family, and kind of have a better, more rich experience.”

And instead of a themed design, they want more emphasis on landscape. Glover said, “This is not necessarily an architectural project as much as it is a landscape project. … You'll see the grand stair that takes you from Hollywood Boulevard up to the main public realm as being a sort of garden space.” 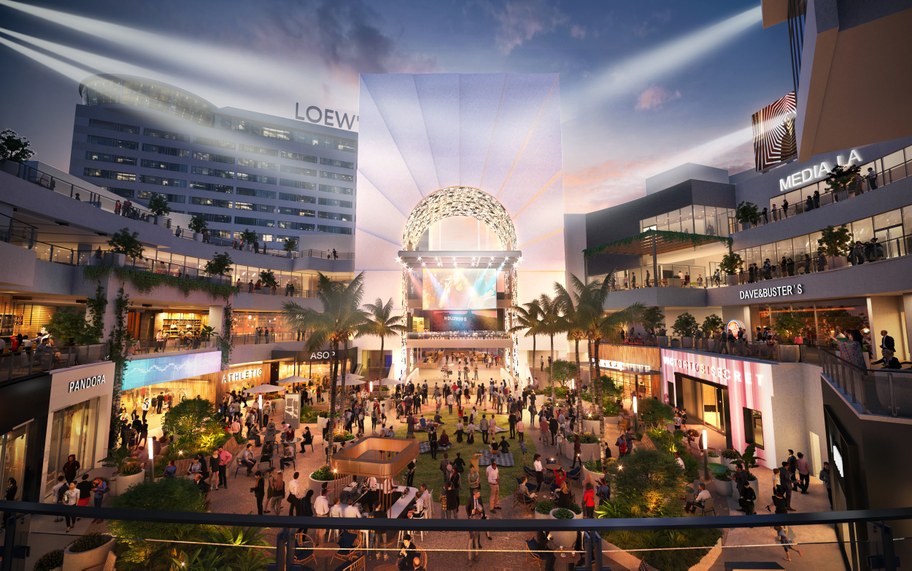 The new owners and design firm plan to break ground later this year, and then embark on a phased makeover — that will cost $100 million — over a year or so.