In the first episode of “City of Ghosts,” Zelda (voiced by August Nunez) and Eva (voiced by Kirikoiu Muldrew) head to a new restaurant in Boyle Heights to find a ghost. Photo courtesy of Netflix.

LA is a sprawling metropolis with hundreds of nooks and crannies, plus diverse neighborhoods with their own history and culture. A new Netflix show tells stories about LA — past and present — from the perspective of curious kid detectives. It’s called “City of Ghosts.” Series creator, writer, and animator Elizabeth Ito speaks with KCRW.

KCRW: What kind of research went into this series?

Elizabeth Ito: “We did a lot of research about each of the different neighborhoods, including a lot that we weren't able to feature on the show because we kind of did what we could with six episodes. But the other part of it was that, I mean, I've lived here my whole life, so there were certain things about each neighborhood that I kind of also wanted to explore, or already knew about having lived here for so long. So part of it was just digging into that, and thinking like what kinds of things do I want to know more about myself too.”

And why not dig into this history through the eyes of children, right? Children are typically curious and they love telling those kinds of stories.

“Yeah, that's totally true, and that was one of my major inspirations. And then it was like sort of a renewing inspiration as I would tell people the show that I was working on. Because as I found out later, the majority of parents have some interesting story about their kids seeing something inexplicable except, you know, if it was a ghost maybe it's explainable.” 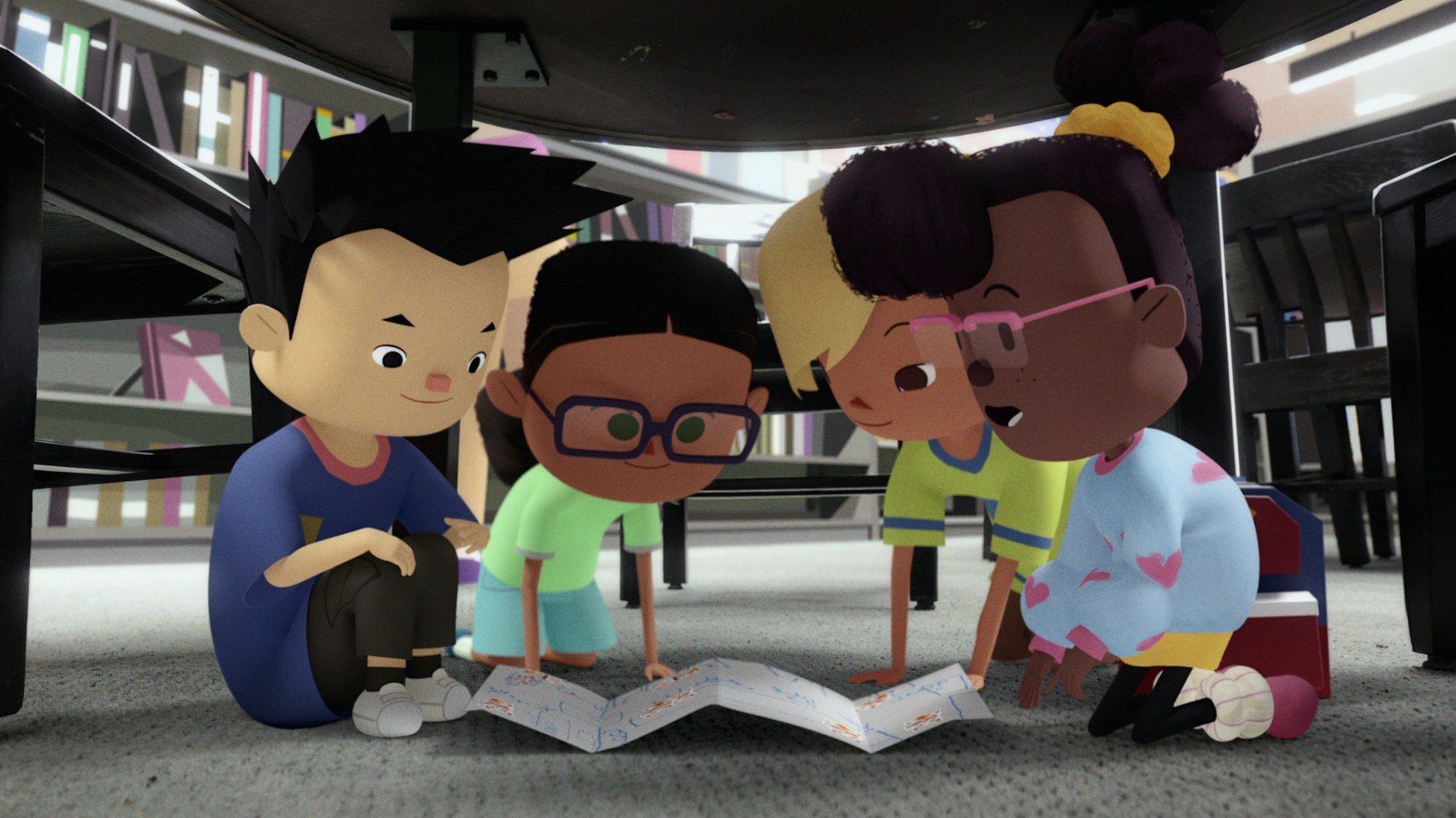 The “Ghost Team” meets up at the LA Public Library to research the cases they’re investigating. Courtesy of Netflix.

Have you seen a ghost?

“I have. I saw a ghost when I was, I think, about 6 years old of my great grandmother. I mean, it looks essentially really similar to the way that Janet the ghost looks in our first episode of the show, like it was kind of just a foggy thing in the hallway at night. And I was terrified, so I yelled out to my parents, and nobody came out. They just told me to go back to sleep. But then the next morning, my dad actually admitted that he had seen something too in the hallway, and we talked about it. And I've thought a lot lately about how much it meant that my dad believed me and talked to me about it, even if he didn't come out to rescue me in the moment. It was really nice to have that memory with him.”

What’s your history with LA and where did you grow up?

“My parents, and my home for most of my life, was in the Crenshaw area. My parents still live there. But my mom … taught out in Santa Monica, Canyon Elementary, which is like right out there near the beach. … My grandparents lived in Culver City. My dad lived in East LA when he was a kid, but then moved to the West Adams area. My grandfather was a deacon at a church that was in Koreatown. So there were a lot of different experiences that I've had in the city where you kind of get a sense of what was going on, versus what is going on there now.” 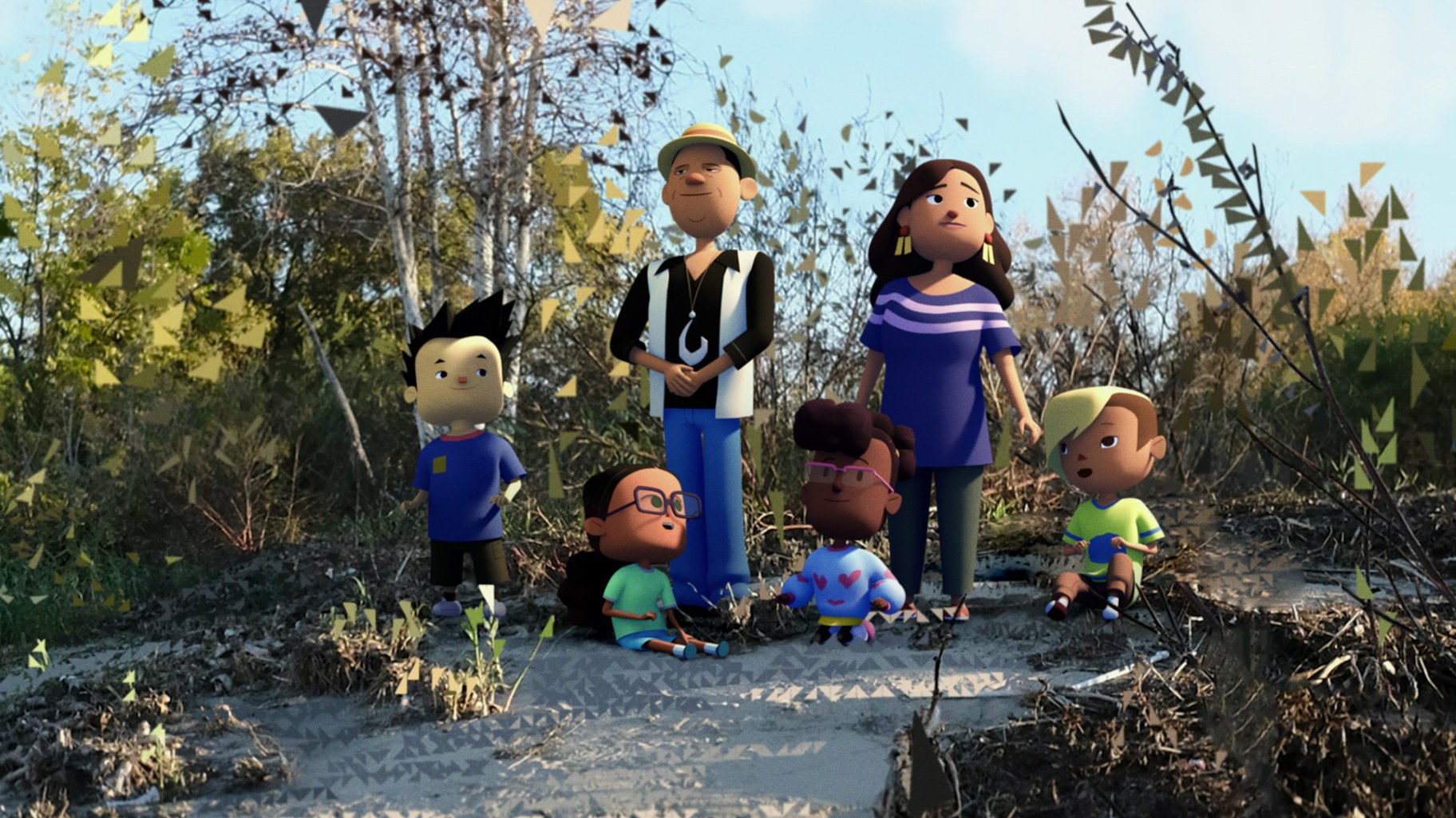 The “Ghost Team” learns about the Tongva, the indigenous people of Los Angeles, and the importance of LA’s nature. Courtesy of Netflix.

The animation contains CGI plus real-life pictures of places.

“Yeah, that's right. … I just felt like the best way to ground it in reality was literally to ground it in reality, like if you could use real-life locations and basically insert characters into them ... but also blend in a way that … messes with people's perception of like, ‘Is this real, or did you draw this, or how did you do this?’ So it's really fun for me to mess with people that way, I guess.” 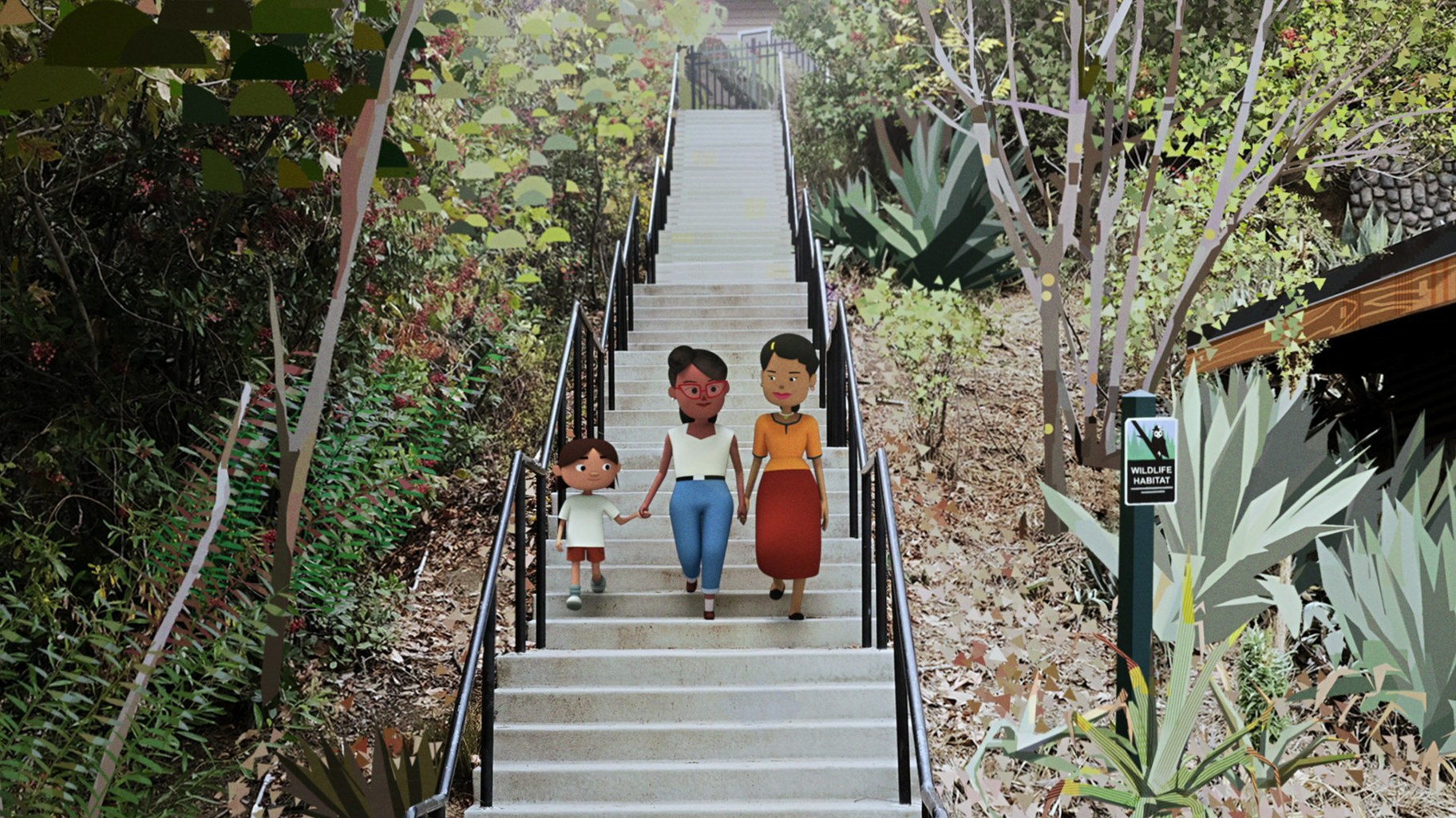 Who's watching the show — people from around the world?

“Initially, I was really nervous that there were a fair number of people that were like, this is a niche LA show, which was cool in one regard, you feel really elitist in some ways. But I wondered the same thing. And thankfully, it seems like there's a lot of barriers that it cuts through, because people will watch it, and then they immediately kind of relate to the specificity of it in a weird way. They think about places around them, or they think about people around them. Or sometimes it's a depiction of an aspect of their culture that they haven't seen depicted that way before in their own country.

… I immediately think of the episode where we talk about Oaxacan culture, because a few people we talked to in that episode, they just said, ‘This is going to be so big because we've never heard Zapotec spoken on a TV show before, so that'll be a first.’ So I think that aspect of it has been really exciting, and I'm really grateful for it.”