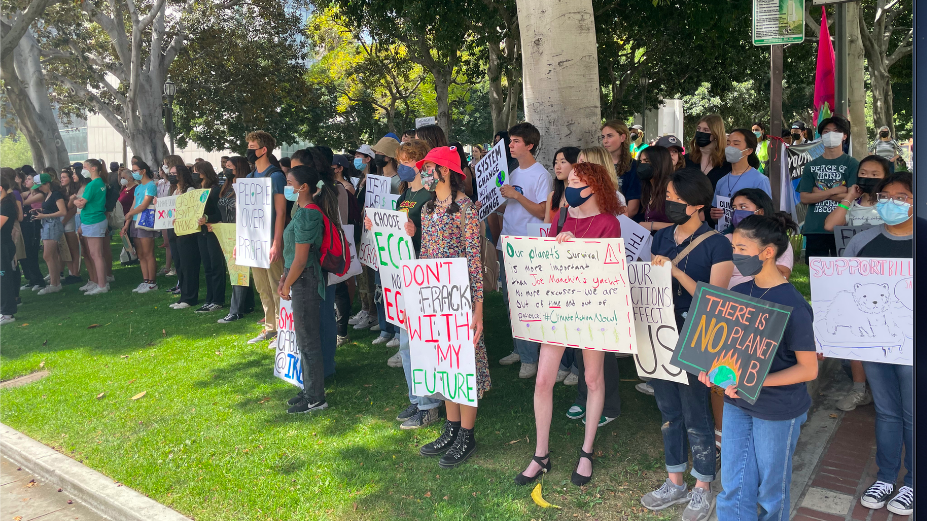 If you think all climate stories are depressing, check out these young people blazing the trail to a better future. For the month of April, three of LA’s youth climate leaders kept audio diaries for KCRW, recording as they moved from climate protests to classes to testifying before the state legislature and planning for their futures.

Sim Marcel-Bilal, 19, started worrying about climate change when he was 6 years old. He recalls night terrors in which he imagined the bedroom of his South LA home flooding after he watched former U.S. Vice President Al Gore talk about climate change.

“The same amount of anxiety and frustration I felt back then, I still have it today. The only difference is I’m bigger and I’m louder now, and I can actually speak up, call for action and defend myself.”

Today he’s driven by his desire to save his younger siblings from the climate crisis. “I’ve been neglecting everything that’s not the climate crisis or not the environmental movement. There’s no point in me focusing on anything if I cannot secure a liveable future for myself and my siblings. I feel like I’ve failed as an older brother.”

He hosts the strikes put on by Youth Climate Strike Los Angeles. In April he traveled to Sacramento to try and pass a state senate bill that would force two of the largest pension funds to divest from fossil fuels, and he gained local fame when he pled with police who showed up in riot gear to a climate demonstration outside of Chase Bank in early April.

Meanwhile, Merav Price will not hesitate to skip school to strike for the climate.

Price serves as a media liaison for Youth Climate Strike Los Angeles and wants to continue organizing for the environment after graduating high school. The 17-year-old uses words like “disgusting,” “horrifying” and “terrifying” to describe the future.

Paola Hoffman, 18, will graduate from The Archer School for Girls in a few weeks. When she isn’t playing violin with the school orchestra or editing a project for her school’s film festival, she’s designing graphics or editing social videos to explain pending climate legislation, or rallying a crowd of protesters.

“We are the generation that is rising up to vote and rising up to make our voices heard,” she says. “If people are claiming that they’re going to be representing us in office, then they need to hear us.” 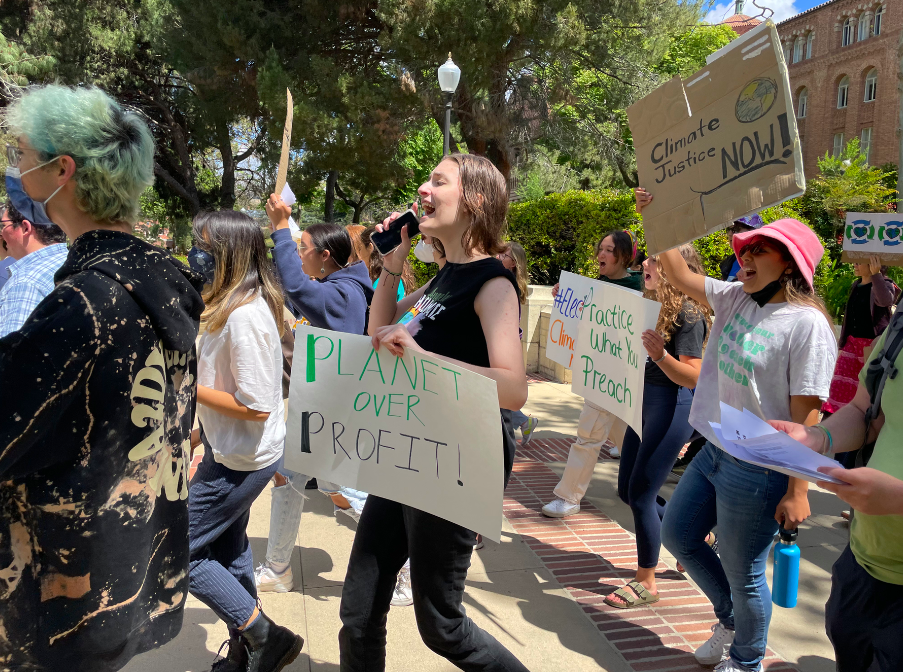 Paola Hoffman marches to a rally at UCLA to give a speech about greenwashing on Earth Day. Photo by Caleigh Wells.

Hoffman is headed to Rice University in Texas in the fall, where she wants to study astrophysics. But she’s torn because she believes the world needs her to do something else.

"You tell kids to chase their dreams. And I'm sitting here feeling bad because I want to do that,” she says. "I also have to be realistic.”