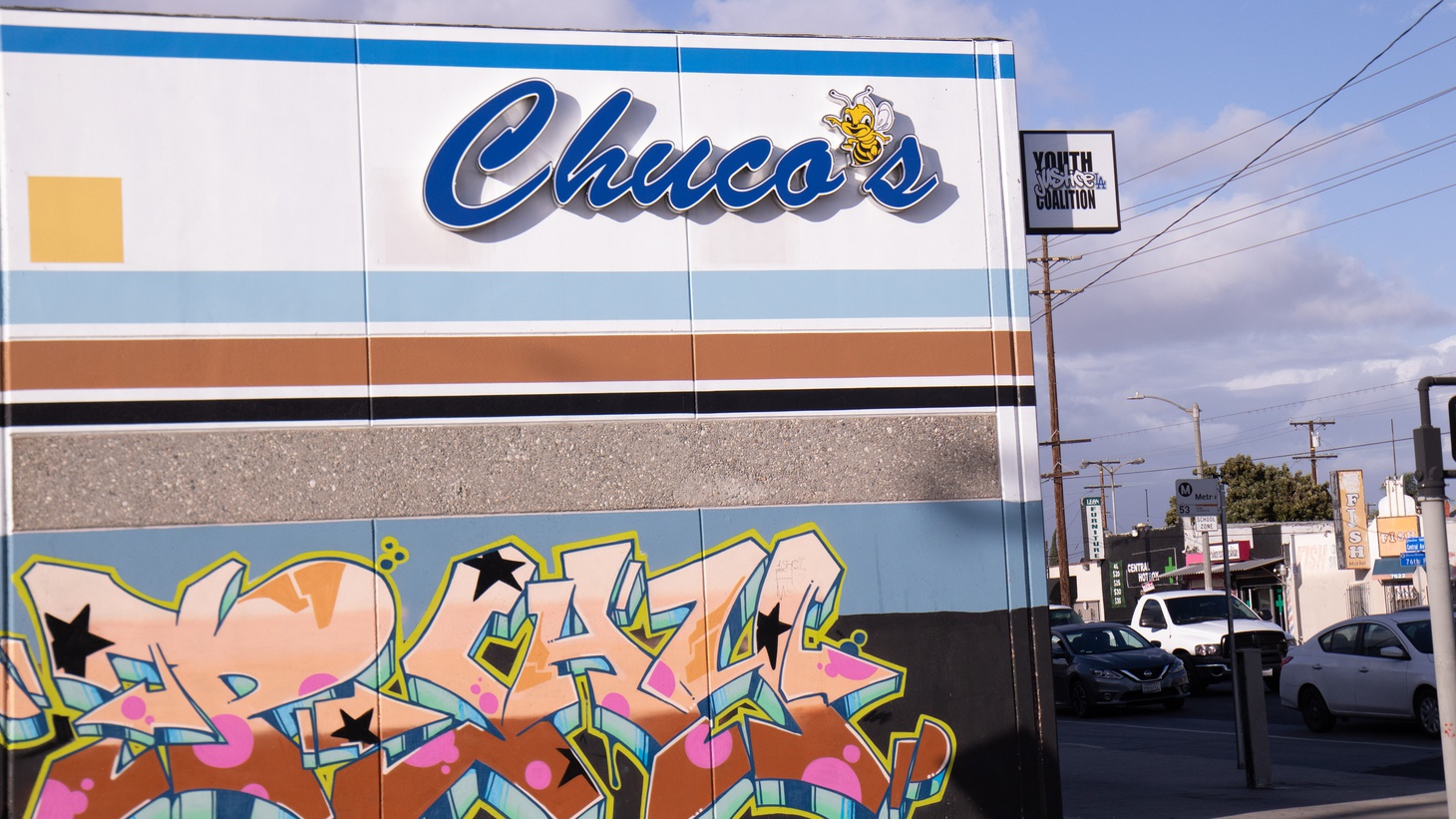 Los Angeles Superior Court Judge Donna Quigley Groman hated for kids to be shackled when they came into her South Central courtroom, which she used to refer to as a “windowless, concrete bunker.”

“Unless there was some extreme circumstance, I always had handcuffs removed,” says Groman, who presided over the David V. Kenyon Juvenile Justice Center from 2007 until its closure in 2013. Those years marked a shift in thinking around how to best deal with — and even rehabilitate — young people entangled in the justice system.

California voters passed a number of tough-on-crime laws in the early 2000s, including Proposition 21, which allowed judges to sentence juveniles for adult crimes and send them to adult prisons. But during Groman’s tenure, and after, she says those policies lost support.

Studies began to show that involvement with the justice system only worsened outcomes for most young people. One arrest doubled the chances a young person would drop out of school, according to research published by Los Angeles County. Appearing in court before a judge like Groman quadrupled it.

In 2018, then-California Governor Jerry Brown signed a law ending the prosecution of children under 12 in juvenile court.

“Before the law changed, we had eight-year-olds and nine-year-olds coming into court,” says Groman. “It was really awful.”

Recent reforms have shrunk the number of young people in county juvenile halls and camps to about 450, according to LA County officials, down from approximately 2,650 a decade ago.

Reforms to the youth justice system in LA County have been championed by those most affected by it: Young Angelenos, particularly young Angelenos of color.

A decade ago, young activists in and around South Central advocated for the closure of Kenyon’s courthouse. In 2013, L.A. County officials shut it down, citing budget cuts to the county’s court system. 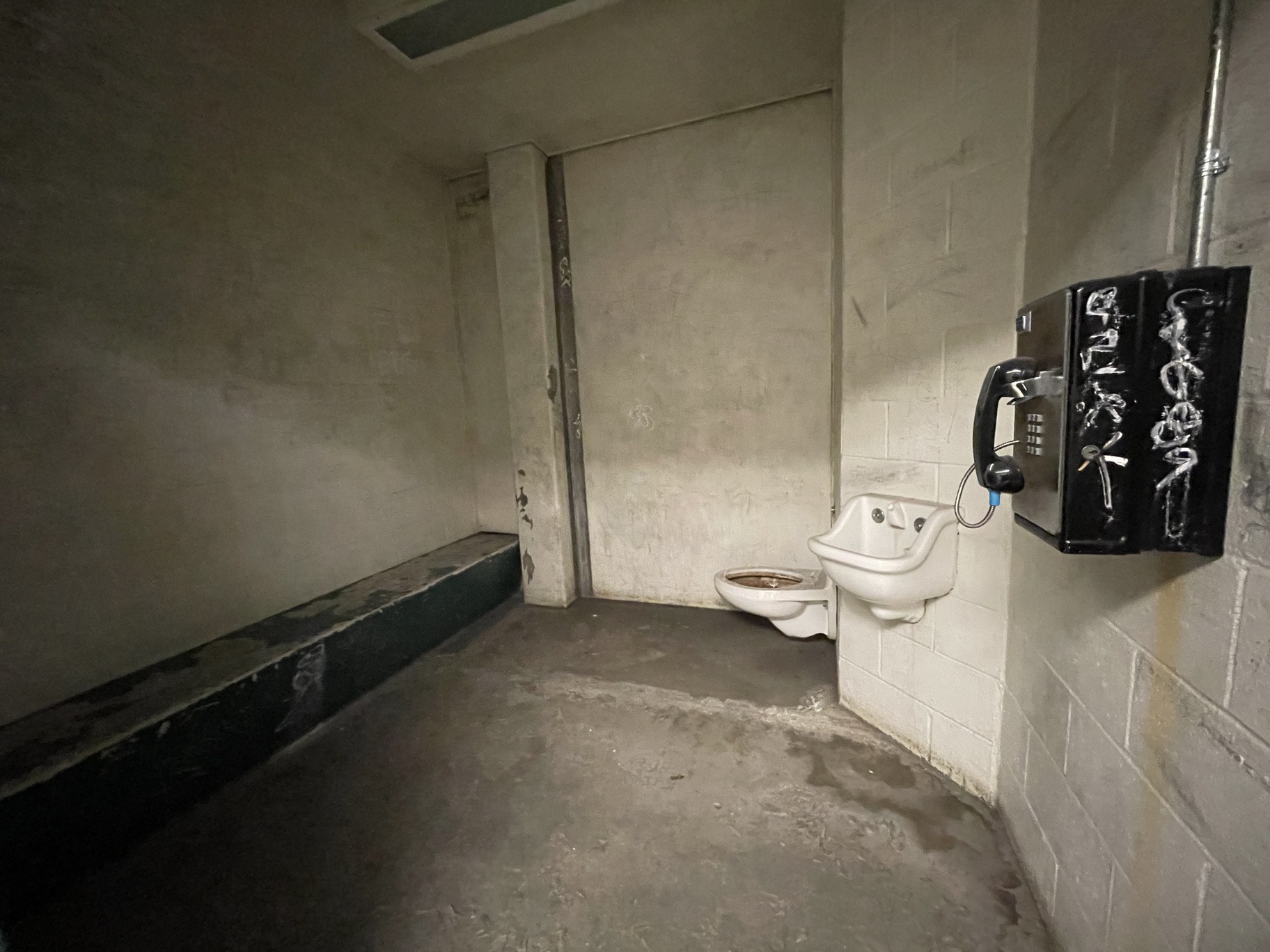 An empty jail cell at the former David Kenyon Juvenile Justice Center, which closed in 2013 and reopened in 2019 as Chuco’s Justice Center. Photo by Robin Estrin.

Six years later, the activists, under the name Youth Justice Coalition, secured a 10-year lease from LA County to reopen the bland, one-story building on Central Avenue and 76th Street as a community center called Chuco’s Justice Center. Today, its walls are plastered in colorful graffiti and murals of Black and Brown activists like Harriet Tubman and Assata Shakur.

The building was named after Jesse “Chuco” Becerra, a Youth Justice Coalition organizer gunned down while leaving a party in South LA in 2005, according to the YJC’s website. Organizers dedicated the space to his memory, and to all youth “lost to the streets, prisons, police violence or deportation.”

Now Chuco’s is home to Free LA High School, a charter school for young people harmed by the justice system. Judge Groman’s bench still looms in the room where students gather to learn about the school-to-prison pipeline in addition to math and science. Down the hall, jail cells where kids once sat shackled, waiting to see the judge, are now filled with art. 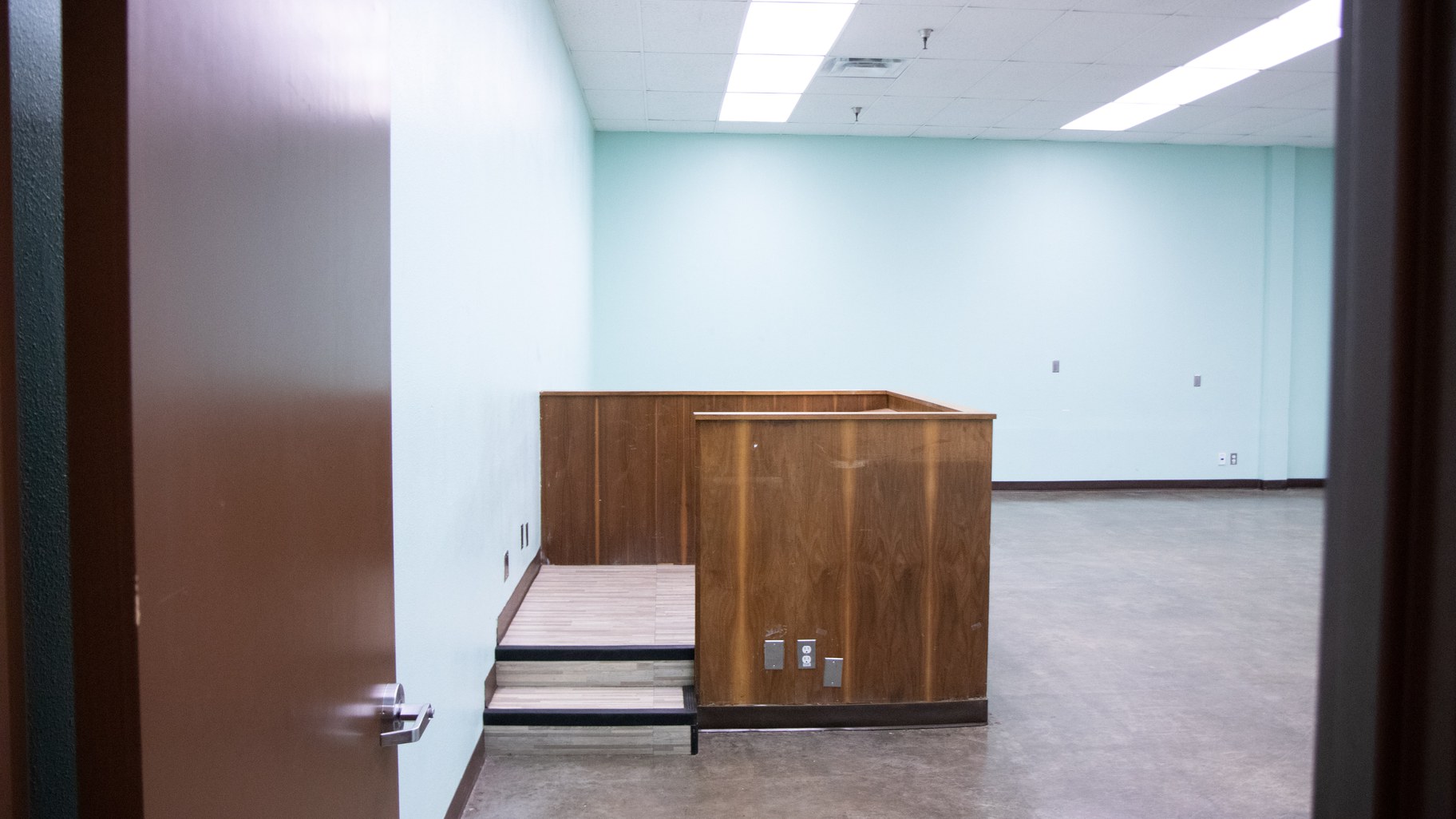 “This was a courtroom where young people would get sentenced to some of the highest sentences in the history of youth incarceration,” says Emilio Zapien, media coordinator for the Youth Justice Coalition. “Now we've turned this into a classroom where students can grow, organize, and work towards getting their high school diploma.”

The transformation of Chuco’s from a juvenile courthouse to a community center and alternative high school is part of a larger transformation underway in the Los Angeles juvenile justice system.

In July of this year, LA County launched the Department of Youth Development or DYD. It’s dedicated to continuing the transformation of the juvenile justice system away from policies of punishment and toward policies that prioritize care.

The new department has been in the works since at least 2019 when the LA County Board of Supervisors hired the W. Haywood Burns Institute, an Oakland-based nonprofit, to write a report called Youth Justice Reimagined.

The Supervisors wanted to explore the possibility of transitioning LA County’s juvenile justice system out of the Probation Department and into another agency,” according to the report.

The Burns Institute, in consultation with youth and community leaders, recommended the board commit to “fully transitioning” the functions of juvenile probation to the Department of Youth Development by the end of 2025.

“The county has been very interested in how we can sort of cut off the spigot, how do we stop the flow of young people into the justice system?” says Vincent Holmes, interim director of the DYD.

Holmes says the new department has two main objectives: First, to divert young people who’ve gotten into trouble toward services that better facilitate rehabilitation and away from the criminal justice system. Second, to invest in community centers and organizations that keep kids from getting into trouble in the first place.

But funding has been an issue. The county unanimously adopted a motion committing to the recommendations set forth in the Youth Justice Reimagined report but did not fund the DYD at all in last year’s budget. This year, it allotted about $25 million to the new department, a fraction of the $150 million activists had called for.

Holmes says that’s been enough to hire about half the 30 people he eventually wants to staff the department.

“We know that the board is committed to investing in diversion and youth development,” says Holmes, who also notes the county's budgeting process can be “incremental.” 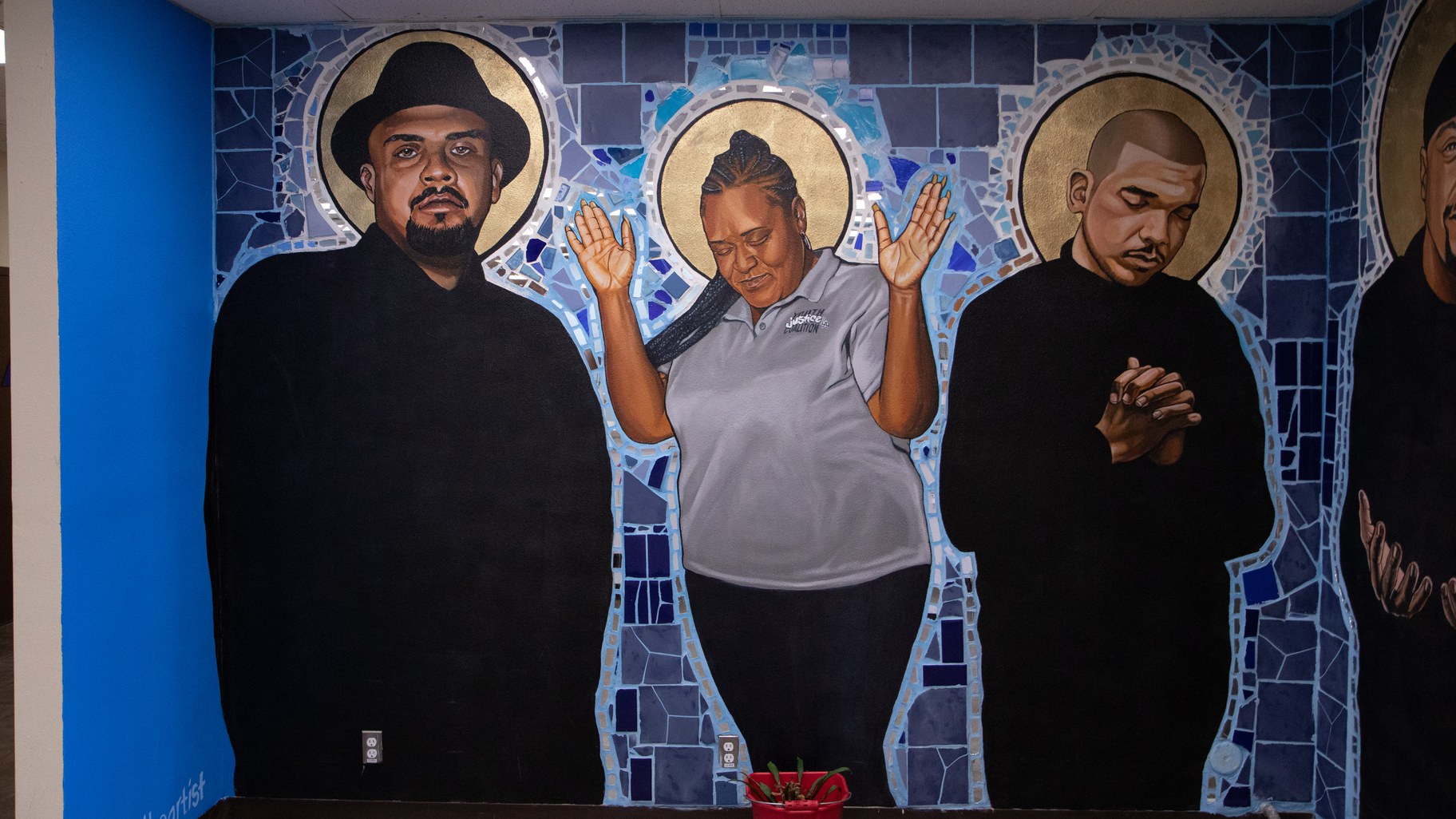 Artwork now covers the walls at the old courthouse. Photo courtesy of the Youth Justice Coalition.

Gonzalez says funding the DYD at $150 million and transferring the youth justice system have only become more urgent. The Probation Department, which oversees the juvenile justice system in LA County, has been struggling in recent years.

In June, the California Board of State and Community Corrections found LA’s Central Juvenile Hall, which is run by the Probation Department, “unsuitable for the confinement of youth.” The board cited 16 months of serious health and safety violations, including officers falsifying records about welfare checks and incorrectly documenting the use of prescription drugs.

California law places the responsibility for juveniles involved with the justice system in the hands of each county’s Chief Probation Officer. Vincent Holmes says that law will need to change so the Department of Youth Development can have jurisdiction.

“We're certainly looking forward to that,” Holmes says. “Until then, I think a lot of our work is really going to be focused on reducing the number of young people who ever have to come into contact with our justice system.”