Dodger Stadium is home to one of the largest COVID-19 testing sites in the U.S., capable of testing 6,000 people daily. Photo by Danielle Chiriguayo/KCRW.

Dodger Stadium is one of the largest COVID-19 testing sites in the United States, with the capacity to test 6,000 people every day.

Volunteers with Community Organized Relief Effort (CORE) are conducting these tests. Alongside the City of LA, LAFD, and Curative, they’ve helped churn out more than 1 million coronavirus tests since the beginning of the pandemic.

Marta Evry has worked in Hollywood for the last 30 years as a film editor. But in May, the pandemic shut down all film production. Unemployed and frustrated, she decided to spend her time volunteering.

“I could just try to go out there and do something and feel like I've done a small part to help,” Evry says. “And I feel like I have a responsibility if I can be of service, and this seems to be a way I can do it.”

Like Evry, Kris Krengel worked in Hollywood as a first assistant television director. In March, she was supposed to travel to New Orleans for a shoot.

The pandemic shut down production. “The night before, I was told not to fly [laughs]. So it was literally about-face in terms of life just changed. It went from full steam ahead to full stop,” she says.

Rob Miller, who worked as a freelancer in TV before the pandemic, started volunteering at Dodger Stadium at the recommendation of a friend. He’s volunteered in the past, but he says his work now feels unique.

“I've never felt like until now I was in the exact place that I needed to be at the exact time when I needed to be there,” Miller says. “Lots of times you don't feel like you're in a disaster zone when a hurricane hits you. You don't feel like you can go in and help people with the hurricane. But I feel like we are in the middle of a storm here and I'm able to help in the middle of the storm.”

The Angelenos who visit Dodger Stadium

Miller remembers one patient who was scared when getting her first COVID-19 test.

“I walked her through the test, moment by moment,” Miller says. “And as she was doing, I could see her relaxing a little bit. And then when we were done and I told her to zip up the bag, and take it down the road to the blue bin, she broke in front of me and cried.”

Krengel says that experience can be common. “People have never done this before. They're not medically trained, so we're just there to make it a relaxing experience, so that you can just know that it's all okay and that you can do this.”

Volunteering in the heat

“For whatever job we have, it's very specific, the amount of PPE that we wear. We come out, there's a disinfecting protocol. It's very, very specific and you feel very safe in that environment,” Krengel says. “I feel safer working at CORE than I do going to Trader Joe's, which is like a weekly run I have.”

But those layers of protection come with tons of sweat.

“When you come out of there, you pull off your gloves, [and] a pint of water comes out with those gloves. Underneath your gown, you are soaking wet. It is like you just came out of a shower. I mean, It's absolutely unbelievable how much water your body sheds,” Krengel notes.

Evry warns that with all the heat and sweating, comes the danger of dehydration and heat exhaustion.

“When you’re outside like that, there's no shade and it can be 90 degrees,” she says. “A lot of the safety issues that we deal with is [sic] not so much infection as it is hydration, keeping cool and knowing what your physical limits are.” 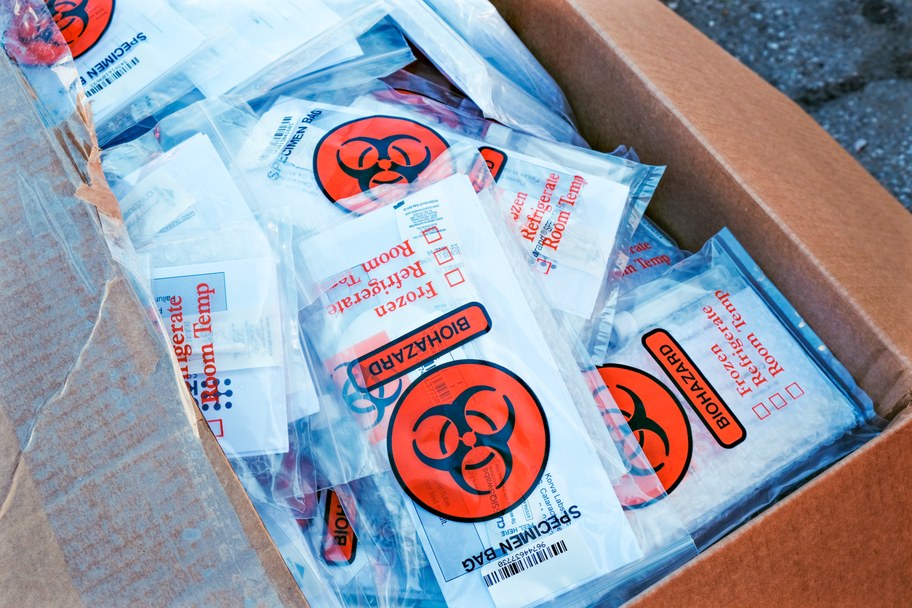 Dodger Stadium has a testing capacity of 6,000 per day. Photo by Community Organized Relief Effort.

The impact of volunteering

Miller says that his time at Dodger Stadium has pushed him to reevaluate the way he interacts with people.

“It's forcing me to focus on kindness because you're dealing with strangers,” he says. “And so having to reassess and remember that these people need a little compassion and kindness is a good exercise for me. It's a way to remember my place among society in a way that I haven't been able to do in a long time.”

When Kringel first signed up to volunteer at Dodger Stadium, she thought she was just going there for a job. But she got a lot more.

“I did not realize it was going to expand my soul. … From the connection, from the awareness, from the realization that you're actually maybe doing something during a global crisis that hasn't happened in 100 years,” she says. “When you look back and you say 2020 was the year of the pandemic, how did you participate? I can say that I would be really proud that I showed up to volunteer.”

Volunteering as a COVID-19 tester at Dodger Stadium

Dodger Stadium is home to one of the largest COVID-19 testing sites in the United States, with the capacity to test 6,000 Angelenos every day.

Day two of the broadcast portion of the Republican National Convention starts tonight. Like the Democrats, the GOP convention is mostly virtual.

Singer and actress Rena Strober (“Les Miserables” on Broadway) has made an album of children’s music to benefit the blind community.