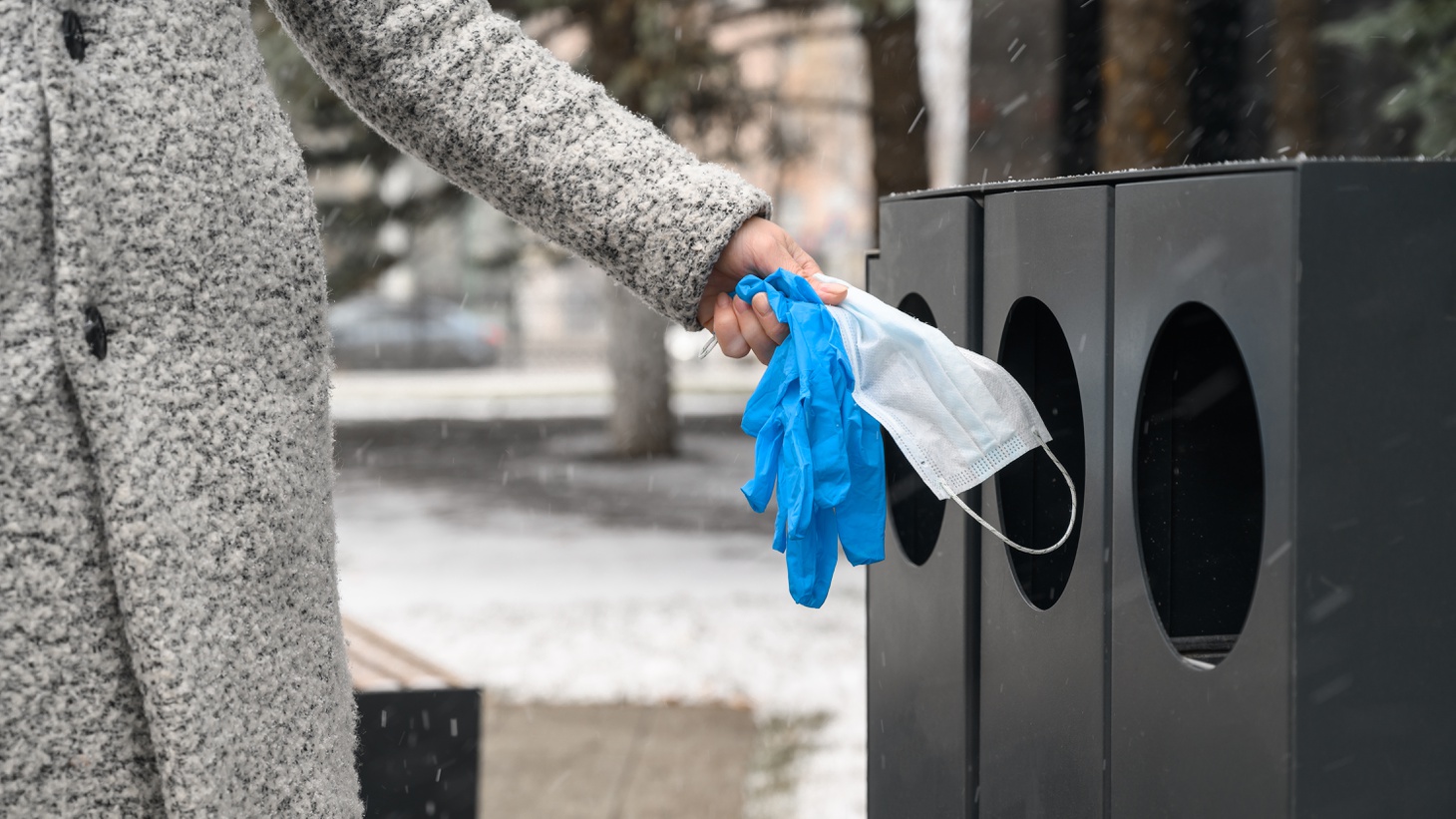 A person throws a mask and gloves into a trash bin. Highlighting racial disparities reduces fear of COVID among white people, and lowers support for masks and other safety measures, according to a new study published in ScienceDirect. Photo by Shutterstock.

COVID-19 has taken its greatest toll on low-income communities of color. Highlighting those racial disparities actually reduces fear of the virus among white people, according to a new study published in ScienceDirect. As a result, empathy for the most vulnerable people and support for masks and other safety measures drop, too, researchers found.

Dr. Oliver T. Brooks, Chief Medical Officer of Watts HealthCare, says the findings of the study surprised him. But he adds, “It reflects on a basic concept in America … which is the us versus them. But with a pandemic that doesn't discriminate … that type of mentality or strategy will not work.”

For Brooks, the most concerning part of this study is that empathy among white people declined. “I believe that we need to think about this study and target messages that show that we are one as a country.”

Similar to the racial divide, Brooks acknowledges that at the start of the pandemic, younger Americans seemed to be less cautious about the virus than older Americans.

“Disparities … are real among African Americans, higher rates among the seniors. … But the younger [people], we can't have them feeling comfortable or lax in terms of their vaccination status or their infection control status. So it really is a double-edged sword.”

Masks may have come off, but COVID subvariant still spreads

As BA.2 spreads, how likely will LA reinstate mandates for masks and vax proof?

LA county’s public health director says while people like complaining about getting another booster, it’s quick and comes with zero to mild side effects. Mandates for masks...

Highlighting racial disparities reduces fear of the virus among white people, says a new study. As a result, empathy for the most vulnerable people and support for masks and...