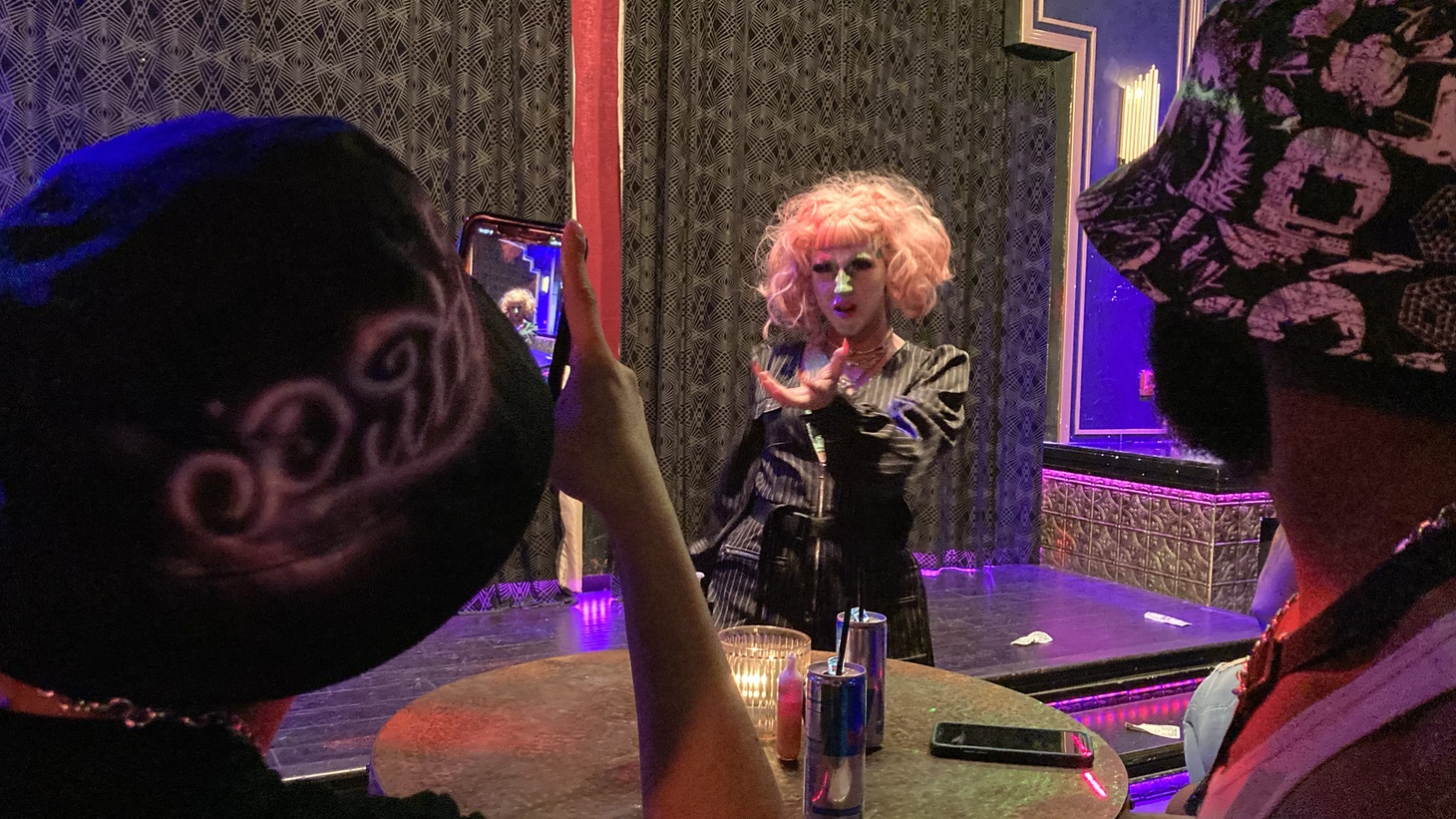 The Redline bar is back in business, but it’s trying to pay back a mountain of debt accumulated after 15 months of pandemic closures. Photo by Danielle Chiriguayo/KCRW.

Hanging out at downtown LA gay bar Redline, you’d think 15 months of pandemic closure was a distant memory, now that bars have been reopened for almost a year. Bartenders sling drinks, emcees host drag performances, and customers party in a safe space for LA’s LGBTQ+ community.

But the Redline has a financial hangover. According to owner Oliver Alpuche, he’s facing a mountain of debt that he accumulated during that long closure. Between back rent, water, power, and other bills, he owes $487,000 – far more than he can imagine actually paying back.

But no: “The interest is higher than a mortgage, the payments are as long as the mortgage. But we said, ‘We're gonna take it out. We're gonna take a 30-year loan out, I'll figure out a way to pay it so we [can] survive.’”

It’s not just the Alpuche and the Redline. Small businesses nationwide borrowed more than $300 billion in disaster relief loans to weather COVID-related lockdowns, and they’re on the hook to pay it back.

Right now, Alpuche says he’s making minimum payments on his loans, but it’s not enough to make a dent in the debt. That’s because the bar is making just enough cash to cover daily operating costs.

He’s considered launching another GoFundMe fundraiser, but he says he’d rather take out more loans, effectively consolidating all that he owes.

Alpuche says that to help face the financial hurdles, he’s constantly reminding himself of why he’s in the business: to build a nurturing community where people support one another.

“What matters is sitting behind the DJ booth and listening to the first stories of like, ‘I never thought I would be here, but I did it right here … This is where I first found myself,’” he says.

And Alpuche says he hopes Angelenos continue to patronize their favorite local businesses.

“Support the places that you love,” he says. “Make a conscious effort to be like, ‘You know what? I haven't been there in a minute and I want to support them.’ Especially now with the capitalist society that we live in, and how everything is getting expensive, and how everyone is struggling, know that you have the power.”

Housing shortages left many UC Santa Barbara students struggling to secure roofs over their heads back in the fall. The school year is ending – where are they now?

Filipinotown floral shop and cafe digs itself out of debt

Maurice Harris says he and his brother and business partner have been able to save Bloom & Plume, their floral shop and cafe, to the point where they’re no longer in debt.