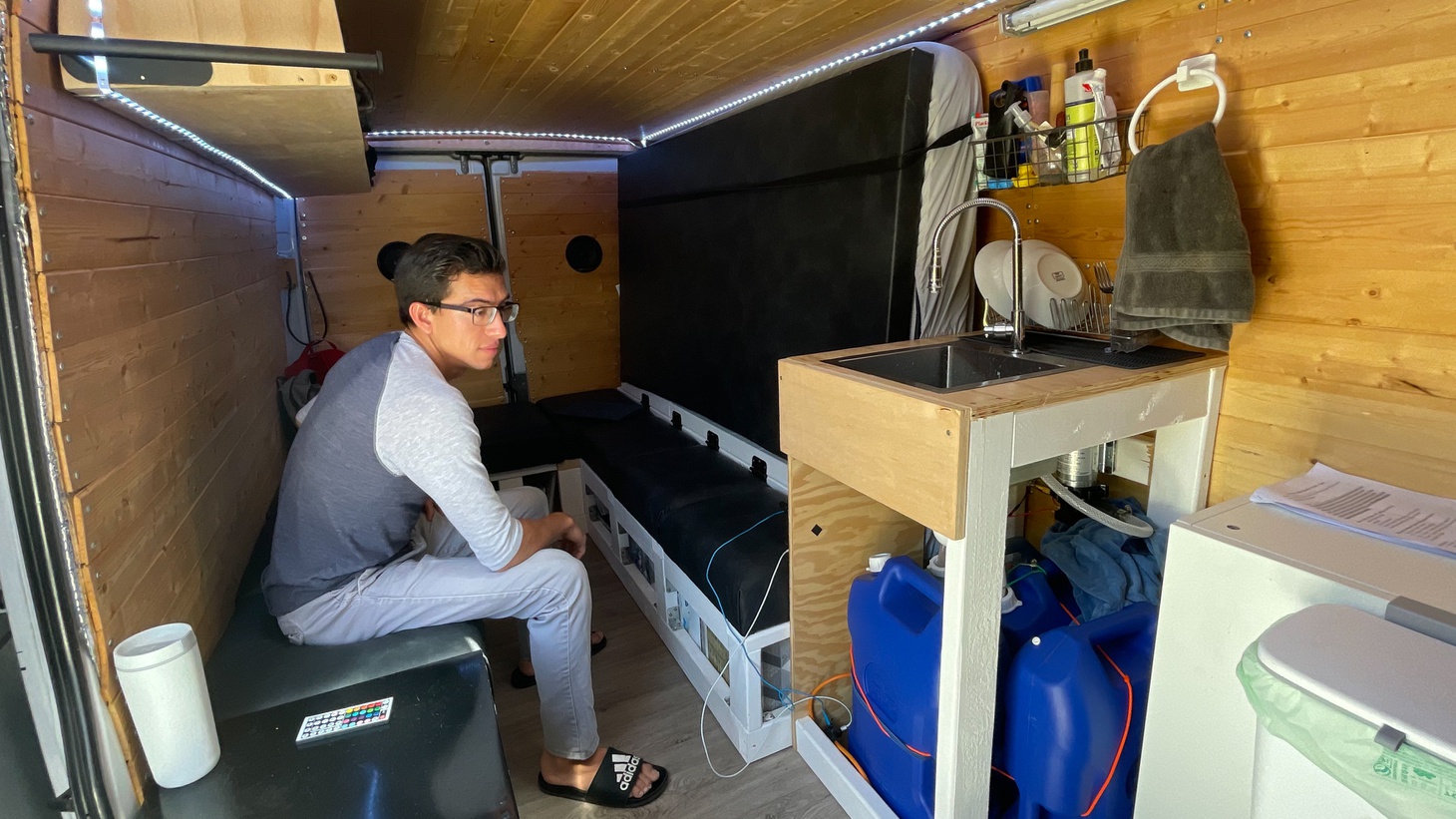 “I've been given housing offers by friends that I’m meeting, and I think I'd rather stick it out in the van. Just saves me money. It's my own little space, I don't share it with anyone. And I just like making upgrades,” says UCSB student James Estrada. Photo by Jackie Sedley.

Some students, like Alexandria Matthews, chose to withdraw. Others, like fourth-year applied mathematics major James Estrada, bought a van to call home. Housing was so scarce that UCSB started putting students in temporary hotel stays.

Now, eight months later, things have changed for the two of them, as well as UCSB itself. For Estrada, the van life has become less of a burden and more of a hobby. He thinks about upgrades he can make to his van at least once a day, and wouldn’t move out into a house or apartment unless it was a really good deal.

“If it was like some random opening in a double or triple, I don't think I would take it,” Estrada says. “I've been given housing offers by friends that I’m meeting, and I think I'd rather stick it out in the van. Just saves me money. It's my own little space, I don't share it with anyone. And I just like making upgrades.”

Matthews’ life has taken a different turn. After she couldn’t find any housing for herself while enrolling as a transfer student last Fall, Matthews rescinded her acceptance to UCSB, and centered her life on working full-time finding housing for developmentally disabled adults. She has no concrete plan to finish college, though she plans to apply for the 2023 school year.

She is now expecting her first child this summer. Matthews says she wouldn’t return to UCSB if given the opportunity, and thinks the school could have done a lot more to help her and other students like her who were struggling to find housing. 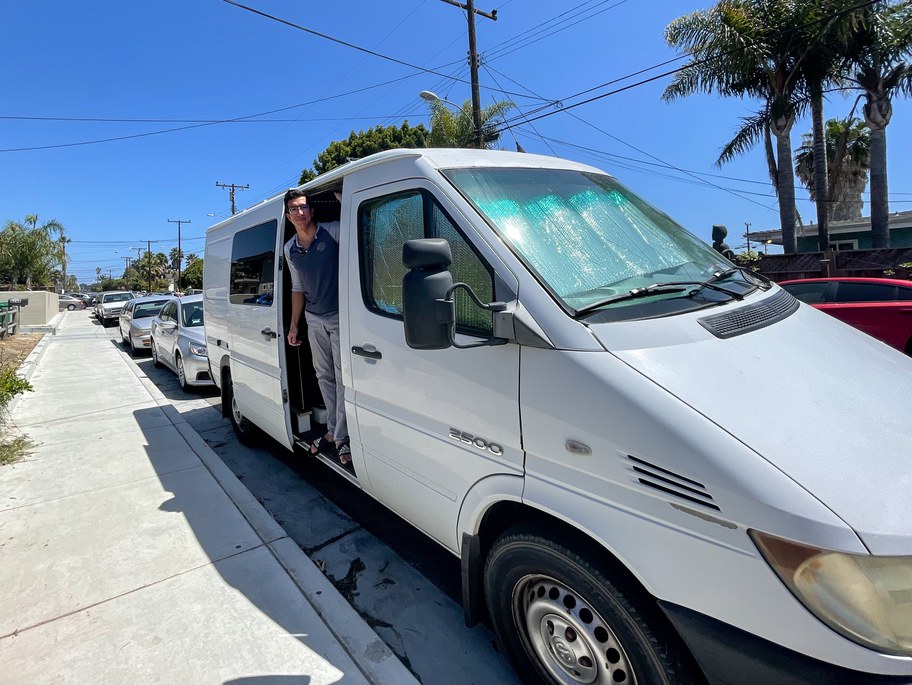 UCSB student James Estrada says he won’t move out of his van and into a house unless the deal is really good. Photo by Jackie Sedley.

UCSB’s public affairs editorial director, Shelly Leachman, said via email that the housing situation will be better next year. She says they’re looking into master leases, which are contracts between the university and the owner of an apartment building, to increase housing capacity. She also says emergency hotel housing will not be offered again next year.

Additionally, Leachman clarifies that UCSB will continue with the “planning process” for Munger Hall, the proposed student dormitory that made headlines for its windowless dorm rooms.

Housing shortages left many UC Santa Barbara students struggling to secure roofs over their heads back in the fall. The school year is ending – where are they now?

Filipinotown floral shop and cafe digs itself out of debt

Maurice Harris says he and his brother and business partner have been able to save Bloom & Plume, their floral shop and cafe, to the point where they’re no longer in debt.