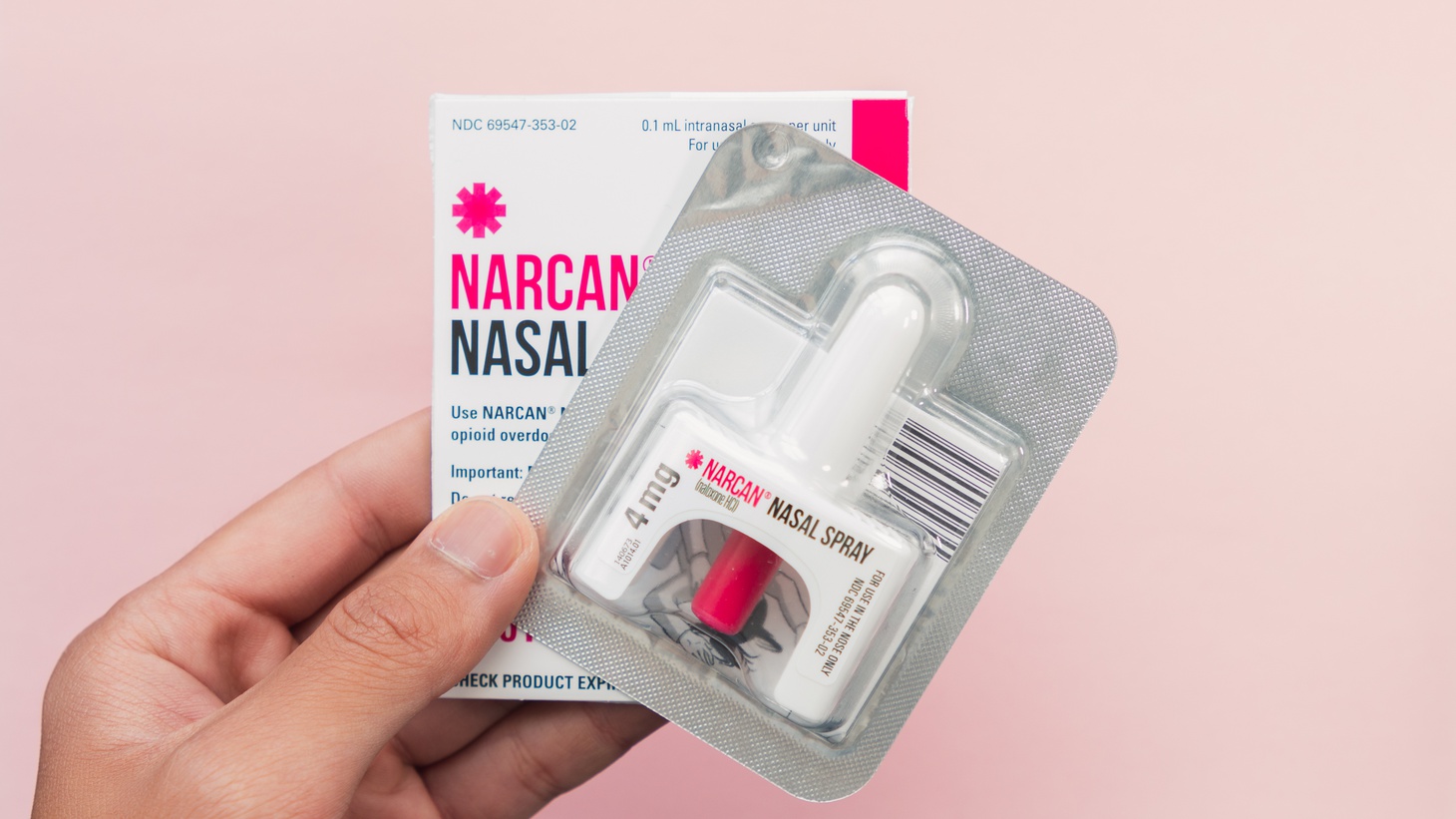 Narcan is a nasal spray that can be used to revive someone from a drug overdose. An LA County initiative aims to distribute 50,000 boxes of them. Photo by Shutterstock.

Since 2017, the leading cause of death for unhoused Angelenos has been overdosing. And a growing number of those deaths is being attributed to the synthetic opioid fentanyl. An LA County initiative, known as LA50K, is aimed at preventing those deaths by distributing 50,000 boxes of Narcan, a nasal spray that can be used to revive someone from an overdose.

“The idea is to get a really big volume of Narcan, a Naloxone spray, out to people who could help use it to prevent opioid overdoses,” says Emily Alpert Reyes, who covers public health for the LA Times and reported recently on LA50K.

To do this, the county collaborates with community groups, gives boxes to county departments to disperse, and fills up vending machines at the exits of jails. Also, when Department of Health Services (DHS) medical teams check homeless encampments, they’re able to distribute Narcan boxes.

Nick Angelo is an outreach worker with Community Health Project LA, one of the many organizations involved in the initiative. He says that the situation on the streets is bleak. “I've had to administer Narcan myself to someone in a tent in MacArthur Park. And when I got out of the tent and ran into one of our participants about a block away, I was explaining it to her, and she was just like, ‘I have to do that about five times a day.’”

Part of the problem, he explains, is that fentanyl is much more potent than heroin, so even a tiny dose of fentanyl can cause an overdose.

Angelo and his team do outreach across LA to educate housed and unhoused Angelenos on how to administer Narcan, and why they should carry it even if they aren’t using drugs themselves.

There can be a lot of stigma with carrying Narcan because some people may see that as a sign of a drug user. Angelo tries to work against that by building relationships with people on the streets, where he treats everyone — someone who uses drugs and someone who doesn’t — equally as human beings.

“When you're dealing with life and death … it just becomes a lot more primal. It's just like, ‘Okay, we're just here to help people not die,’” Angelo says. He uses that mentality when talking to people about the benefits of carrying around the nasal spray.

Reyes encountered that while she was out reporting. She met Manny Placeres, whose friend died of an overdose in his arms. But after that experience, says Reyes, “This outreach team came out and provided him Narcan and taught him how to use it. He said he'd used it seven times since then. And you could just tell how proud he was of doing that.”

Recent data supports that, says Reyes. There have been studies in San Francisco, New York City, and LA “that found that injection drug users who had been trained to use Naloxone to save people actually ended up cutting back on their own drug use.”

LA50K is already seeing positive data from the initiative. LA County has received reports that Narcan was used in more than 5,800 instances of an overdose. And the county believes that number is an undercount.