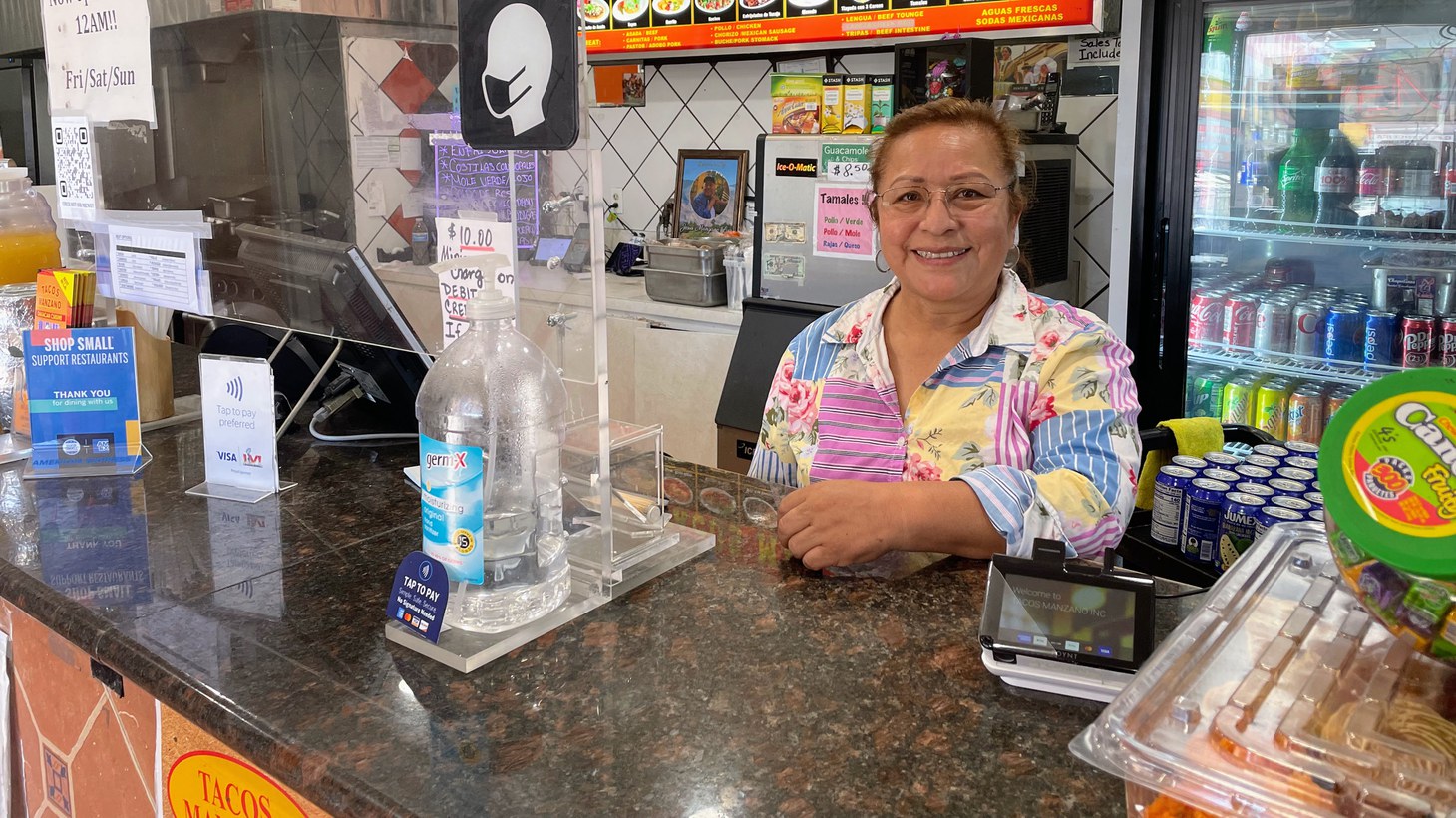 Socorro Manzano recently raised menu prices at her restaurant Tacos Manzano in North Hollywood. Record high inflation is affecting all parts of her business, from ingredients to employee wages. Photo by Megan Jamerson/KCRW.

Inflation is the highest it’s been in 40 years and the prices Angelenos pay for locally-made food, from street dogs to kimchi, are headed in one direction: up. While businesses that cater to well-heeled gourmands can pass on those higher costs to consumers with no loss in business, that’s not how it works for those who serve the city’s budget-conscious diners, and they’re now facing tough decisions about how to save money.

“It's really hard,” says Socorro Manzano, owner of the North Hollywood restaurant Tacos Manzano. “It's not only in the food industry, it's a lot of industries that we are just living [in] this situation right now.” That means inflation is affecting not only the price to import ingredients she uses for Oaxacan dishes, but all parts of her business – wages, energy, supplies – at the same time. 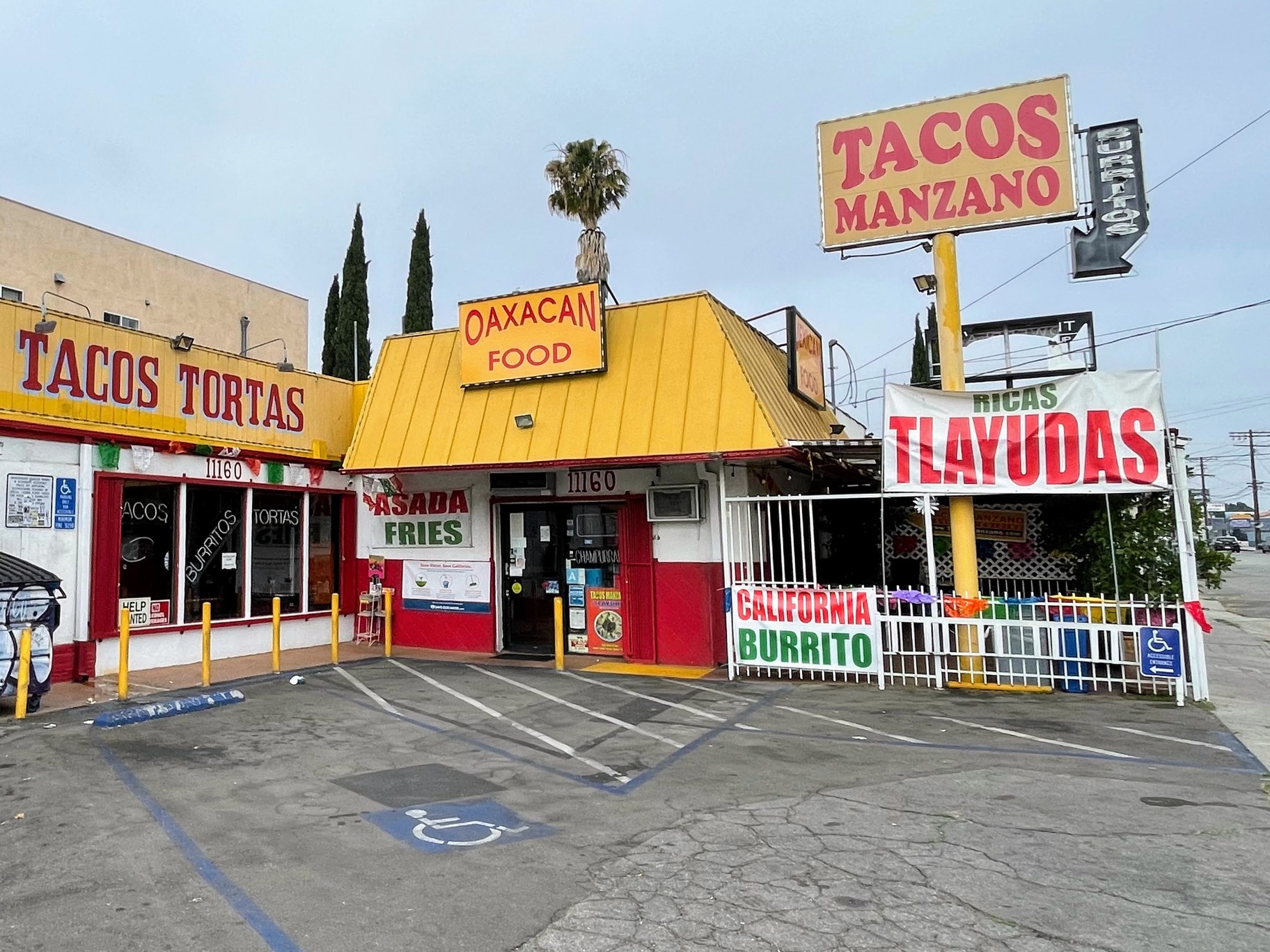 Tacos Manzano in North Hollywood serves cuisine from the Mexican state of Oaxaca to customers who have started cutting back on their orders as prices go up. Photo by Megan Jamerson/KCRW.

Manzano says she struggled during the pandemic shutdown in early 2020 but stayed afloat by working with the city to provide hundreds of meals a week for homebound seniors. Then her brother Jesus, co-owner of the business, caught COVID-19 and died in July 2020.

Manzano says she was able to keep going with the help of her daughter and the community of North Hollywood. “That community has been helping us a lot for 20 years,” she says. “I also [was] concerned about their situation too.”

The restaurant reopened and found its footing, but in 2021 Manzano started to see the effects of inflation. First it was the price of takeout boxes. Then she reduced her personal income to increase the wages of her ten employees. Now prices for staples like beef tongue are up four-fold from $3 a pound to $12. Overall, from 2021 to 2022, wholesale producer prices nationally were up 11%, with fresh vegetables up 45%, eggs 161%, and chicken 24%, according to the U.S. Bureau of Labor Statistics.

Manzano raised prices in May between 50 cents and $1. A single taco is now $2.25 and a chicken mole combo plate with rice and beans is $13. Customers immediately cut back, ordering one less taco or skipping a drink for a free cup of water, says Manzano.

But even though people are spending less, Manzano says she still has a steady stream of regulars, which she credits to the mutual sense of loyalty built up between the community and the restaurant over the decades.

She advises small food producers to see if they could do without those super-expensive ingredients like beef tongue that are making it challenging to follow their current recipes. If they can substitute ingredients a bit, says Schroeter, “it might actually lead to an outcome that consumers are going to embrace even more.”

Oscar Ochoa is trying exactly this kind of innovation. He sells fresh salsa and hot sauce at farmers markets throughout LA through his business El Machete.

One of his most popular items is a $9 pint-size tub of avocado salsa, and the price of the avocados needed to make it have soared over the last year. A year ago he paid $45 dollars for a box of 48 avocados. Now prices are often more than double, at $95 a box. “I'm paying about $800 more per month, just on avocados,” says Ochoa. “One of my challenges becomes: How do I make up for those $800?” 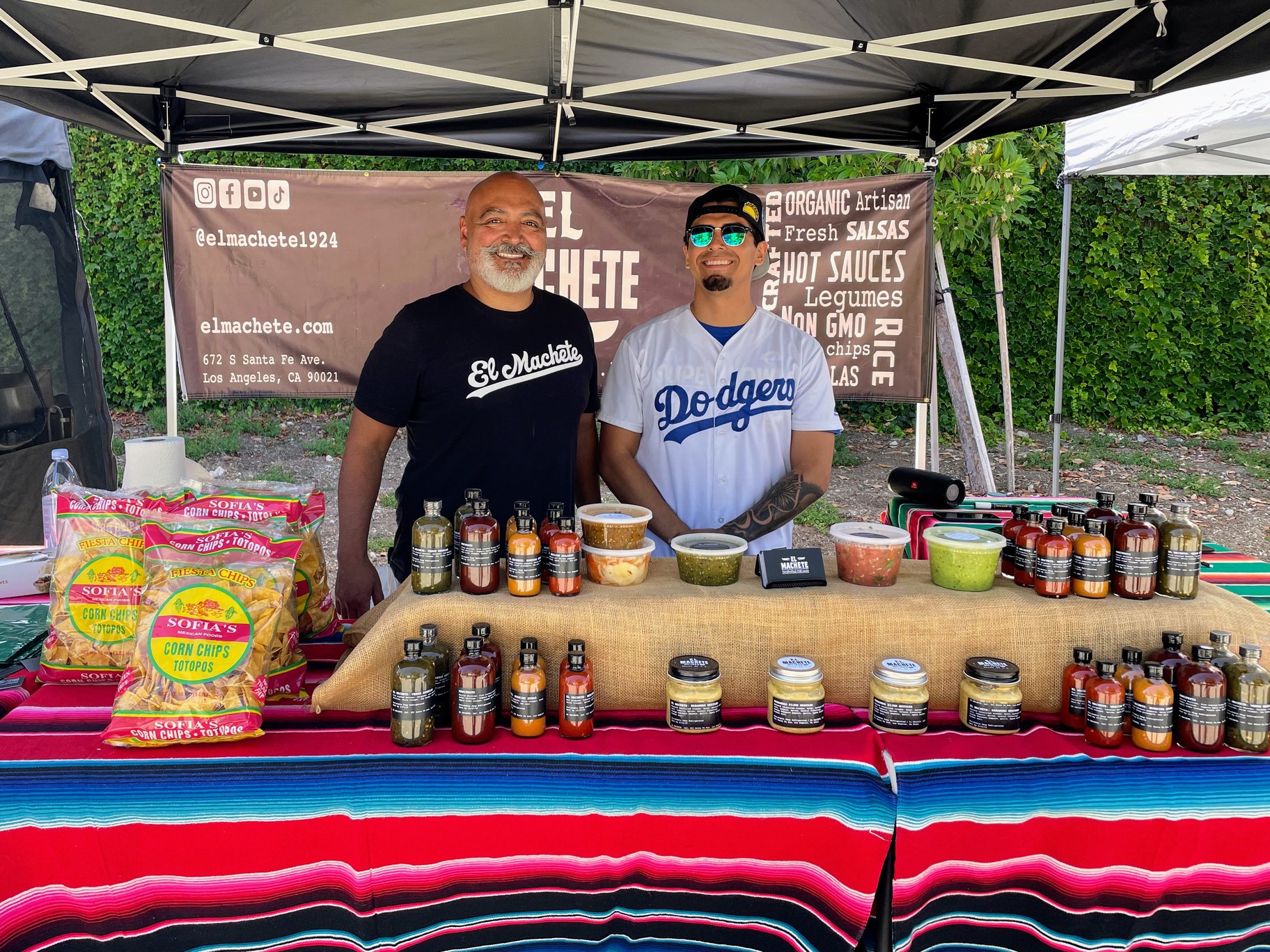 Ochoa took a look at his ingredients for wiggle room, just as Schroeter recommends. He switched from Himalayan pink salt to Mediterranean sea salt, and from red onions to white. This alone saved him about $250 a month. But then gas prices went up on average to well over $6 a gallon, a big hit to Ochoa’s budget since he makes trips to three farmers markets a week in different parts of LA.

Out of options, Ochoa finally raised prices by 50 cents in May. He says he felt a responsibility to warn customers several weeks ahead of time that the increase was coming. But Ochoa has an advantage over businesses like Manzano’s: well-heeled customers who were paying $8.50 for a tub of salsa and can typically pay $9 without cutting back.

At a recent market at Los Angeles State Historic Park in Chinatown, he sold out all the fresh salsa he brought in his jumbo ice chest.

“I feel like we're in the business together,” Ochoa says of his customers. “Without them, I wouldn't survive.”

Looking to November, Rick Caruso and Karen Bass both say they’re in good positions to win as LA mayor, while political watchers say Alex Villanueva will have a tough fight...

Record inflation means the prices Angelenos pay for locally-made food are headed in one direction — up. Businesses that serve the budget-conscious really notice.