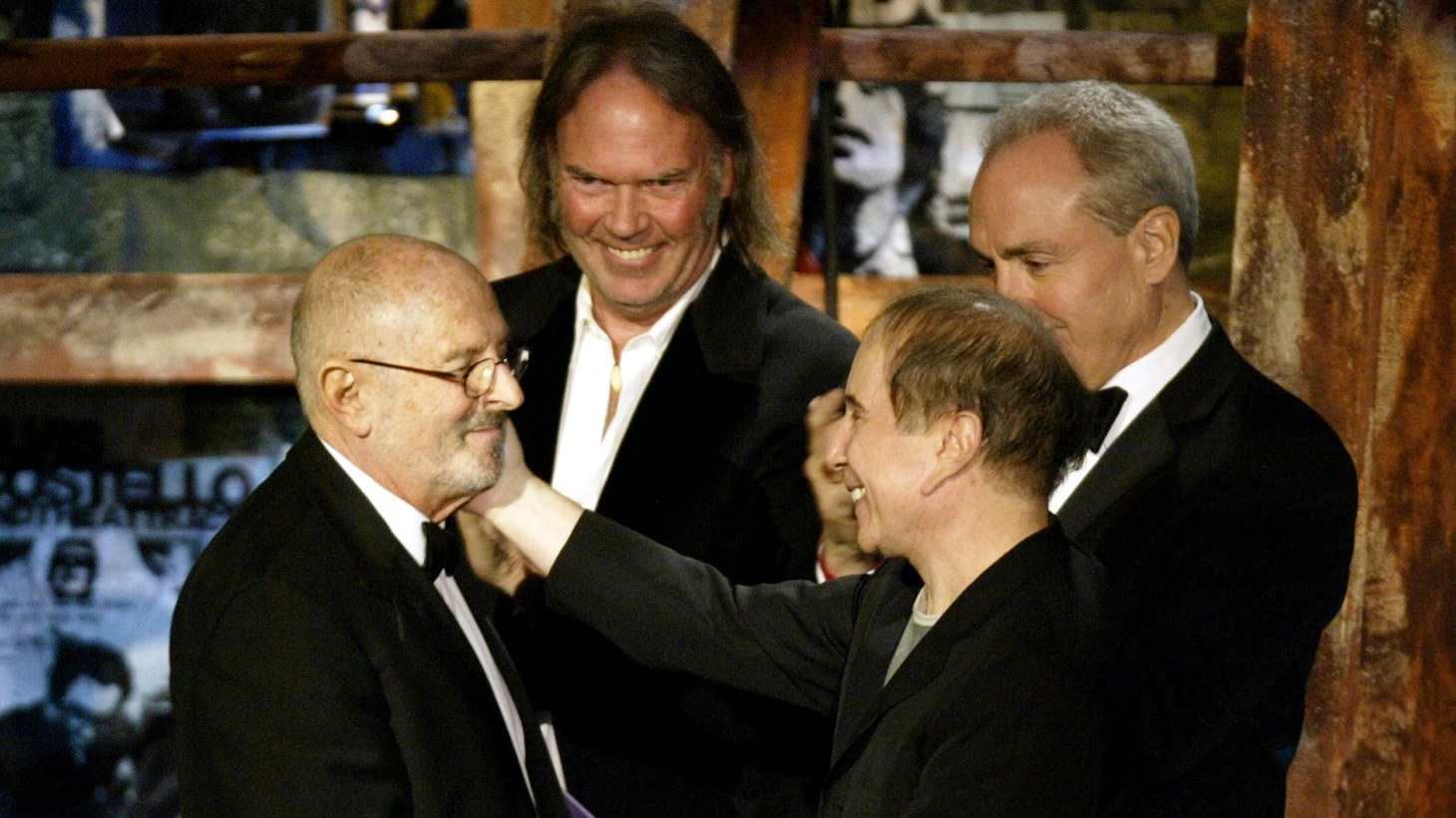 Mo Ostin died this week at age 95. From the 1960s to the 1990s, he ran Warner Brothers Records, building it into the most successful label of the time. The groups he signed were like who’s who of rock n’ roll, R&B, pop, and punk: Neil Young, the Grateful Dead, Green Day, Joni Mitchell, Madonna, Chaka Khan, Paul Simon, Miles Davis, Frank Zappa, Randy Newman, and more.

Ostin was born in Brooklyn, then when he was 13, his family moved to LA, where he went to Fairfax High and UCLA. He started law school but dropped out in order to help with family finances.

Ostin started his career at the premier jazz label at the time, Verve. In the early 1960s, he was hired by Frank Sinatra to run his record label, Reprise Records, which joined forces with Warner Brothers in 1963.

Lenny Waronker, a music industry executive who worked closely with Ostin throughout his career, says that as the label became increasingly successful, they had to grow the business to accommodate more of Ostin’s discoveries.

“I think the philosophy of the label, to some extent, got out there in the artist community, and others who were involved with artists,” says Waronker. “We became a place that people want to come to, and you don't shut the door on somebody who's great. If that meant we had to get bigger. That's fine.”

Waronker praises his former friend and colleague’s impeccable sense of taste, and his willingness to give new and innovative artists a chance.

“He really respected artists and the artistic approach. … He was always right about the artists, from Paul Simon, to Frank Zappa, to Randy Newman, to Van Dyke Parks, to Fleetwood Mac [and] Madonna,” says Waronker.

Being open to new ideas was a defining characteristic of Ostin in general, says Waronker.

“He was very open. If somebody had a good idea, and we used to talk about this, it's always worth something,” says Waronker. “He really invested in the people and gave them all the opportunity to not only do well, but also to make mistakes and not get in trouble for it.”

After leaving Warner in 1994, Ostin helped create the record label arm of DreamWorks. He eventually retired from the business in 2004, though he continued as a consultant.

Waronker attributes his friend’s longevity not just to his “good genes,” but to his joie de vivre.

“He really knew how to live,” says Waronker. “If you put that together with 95 years, it's a good thing.”

LA is in mourning after iconic Dodgers broadcaster Vin Scully died Tuesday at age 94. He called Dodgers games for 67 seasons before retiring in 2016.

Mo Ostin died this week at age 95. He ran Warner Brothers Records from the 1960s to the 1990s, then helped create the record label arm of DreamWorks.